Ariana Grande brought us to tears on Sunday when she took the stage at her One Love Manchester concert, a benefit music festival held only two weeks after a terrorist bombing killed 22 and injured 59, at her show in the same U.K. city. The benefit concert, which raised more than $9 million dollars (YAS, Ari) for the attack’s victims, also included artists like Justin Bieber, Katy Perry, Niall Horan, Pharrell Williams, and Miley Cyrus.

Not on the lineup but still as show-stopping as the rest was a blinding diamond ring on the 23-year-old singer’s engagement finger—that’s right, along with giving a phenomenal and moving performance at her benefit concert, the pop star might be engaged. 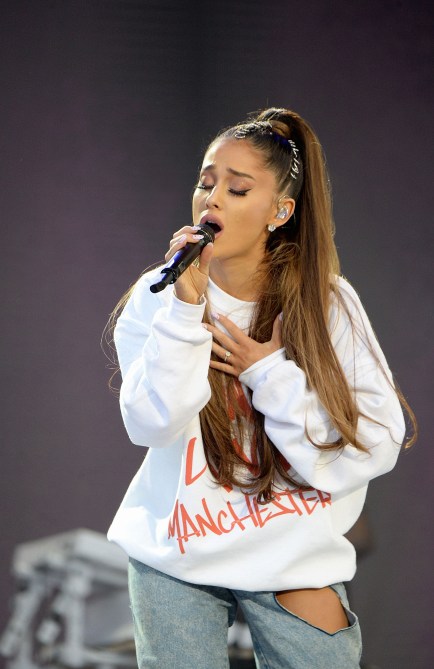 While Grande might be wearing a diamond ring on her engagement finger for the heck of it (Why not? F heteronormative rules), on the off chance that she actually is engaged, here’s what her new piece of bling means: Grande would most likely be engaged to her boyfriend and frequent collaborator, Mac Miller, who surprised the audience when he took the stage with his girlfriend (fiancé?) for a sweet performance of their song, “The Way.”

“Tonight is all about love,” she told the audience while wearing an oversized “One Love Manchester” sweater and a sparkling rock on her ring finger.

Though the engagement news is all speculation at this point (sorry, Arianators), it’s important to note that Grande has been wearing the same diamond ring on-and-off since February. Grande and Miller, who met while recording their 2010 pop hit, have been publicly dating since August 2016 when they were spotted kissing on a romantic sushi date. 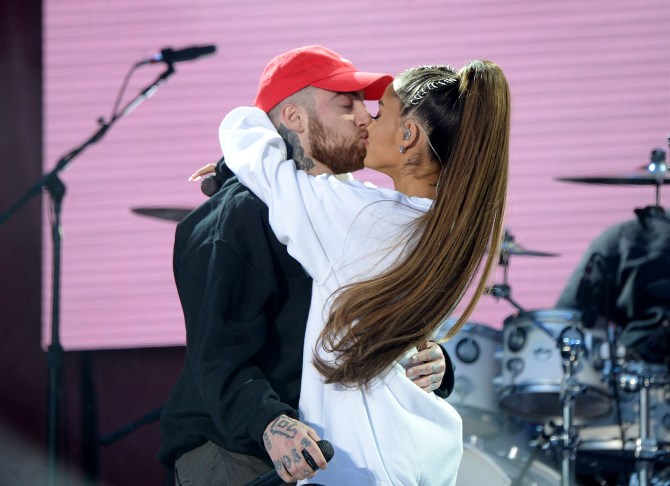 While Grande may or may not be engaged, we’re sure her overwhelming emotion came from the love emanating from the arena for those who lost their lives at her concert’s bombing. Before her performance of “Somewhere Over the Rainbow,” the singer fought back tears as she talked about meeting the mother of Olivia Campbell, a 15-year-old who died in the bombing. Grande, who visited victims of the attack a few days before her benefit concert, also said she arranged her set to honor Campbell.

MORE: Ariana Grande Just Got Extensions to the Floor

All proceeds from the concert will go toward the Red Cross’ Manchester Emergency Fund to support victims and their families. Grande also set up an online shop with T-shirts, hats and hoodies to further raise funds for those affected by the Manchester attack.