The “Thank U, Next” singer is opening up about details from her romance with Saturday Night Live comedian, Pete Davidson, that we didn’t know before. Apparently, Ariana Grande and Pete Davidson got back together before breakup number two.

Through the summer of 2018, the “Dangerous Woman” singer seemed hot and heavy with her 25-year-old fiancé, Davidson. Their social media interactions were on-point and the world truly couldn’t get enough of the young stars’ wild, whirlwind romance. However, on February 9, Grande changed everything we thought we knew about their relationship. In an interview with The Zach Sang Show, which dropped the same day as Grande’s new album, the “Break Up with Your girlfriend, I’m Bored,” singer said her relationship with Davidson was “up and down.” The on-and-off couple apparently experienced breaking up and getting back together several times before officially breaking up for good.

Because of the changing dynamics in her relationship with Davidson, Grande actually wrote several different versions of her famous single, “Thank U, Next,” in case the two would reunite for good and end up toghether. Mind. BLOWN. What if the lyrics had been totally different? It’s crazy to think about how art really does imitate life (and vice versa).

Grande explained that the released version of the song was the first version she recorded. A separate version didn’t mention her exes by name. Instead, it called out her perceived image of having “too many boyfriends.” (Sounds like a familiar inspiration from Taylor Swift’s “Shake it Off,” where she also calls out critics: “I go on too many dates, but I can’t make ’em stay. At least that’s what people say!”) But of course, following the end of her engagement with Davidson, Grande’s team thought it would be best to go with the first recording.

“It became super real, you know what I mean,” the 2019 Grammy-winner said. “Putting it in a song made it very, ‘OK cool. We just closed that chapter.’” 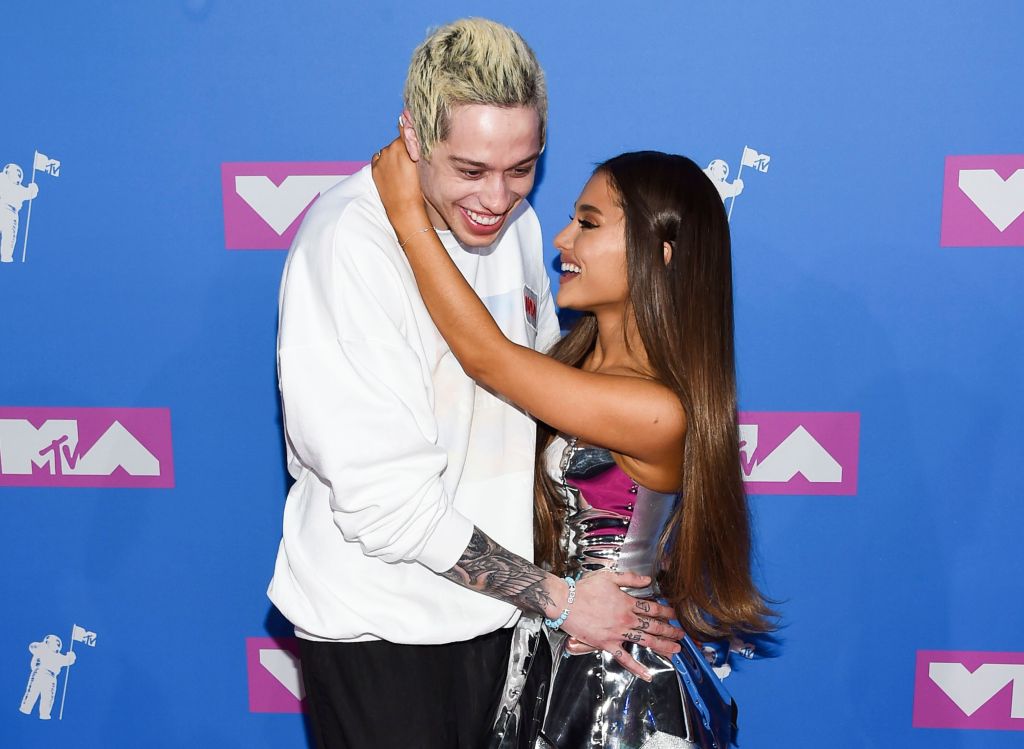 Grande and Davidson have had a bit of a rocky breakup, with lots of drama surrounding the two.  Davidson recently covered up one of the couple tattoos he got with Grande with the word “Cursed”, and some think it was an intentional jab.

Regardless, Grande seems to be in high spirits and is more focused on her album than anything else. When asked about Davidson’s rumored romance with Kate Beckinsale, Grande simply said she thought the couple was, “so cute!” Way to take the high road, Ari. “Thank U, Next” indeed!