Lampshading—the act of wearing an oversized top sans pants, typically with a pair of thigh-high boots—had its zeitgeist-y moment sometime in 2017. Though The Skimm broke the news of lampshading in 2015 and PopSugar followed up with a lampshading-centric roundup in 2016, USA Today didn’t run a feature on the fad until last year. (And you know a trend—fashion or otherwise—hasn’t actually made it until a legacy news organization has decided to run an explainer on it.)

In its heyday, the lampshading movement was pervasive. Kate Moss lampshaded, Bella Hadid lampshaded—hell, nearly every Kardashian took the trend for a spin. But no celebrity has been more committed to the lampshading cause than Ariana Grande. 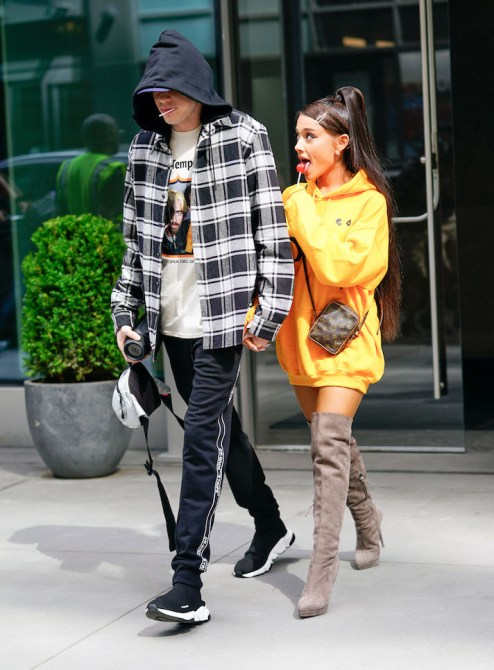 As far as most of us are concerned, lampshading came and went between 2015 and 2017. But Grande is still a ride-or-die for the movement. On June 20, the singer stepped out in a long yellow sweatshirt and taupe thigh-high boots. On June 29, she wore an oversized blue and white jacket with similar gray thigh-highs. And just yesterday, she took to the streets of New York in a black sweatshirt and matching black—you guessed it—thigh-high boots.

You know the old adage, “Fashions fade, but style is eternal?” Grande’s consistency proves that lampshading wasn’t just a passing fad for her—it’s an integral part of her sartorial personality. 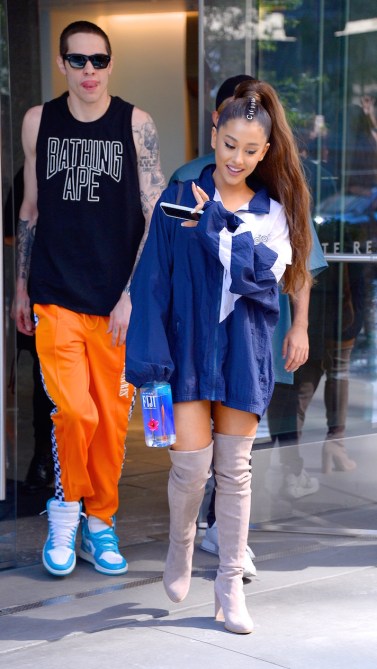 MORE: Hailey Baldwin Wore a $1,255 Flannel Shirt, Because Honestly, Why Not?

At this rate, Grande might still be lampshading by the time the fad comes back into style in a couple decades. And when it does, the joke might just be on us. Grande will look like a prescient fashion wizard, and the rest of us will look like fools who gave up on the whole oversized-sweatshirt-meets-thigh-high-boots thing too soon. 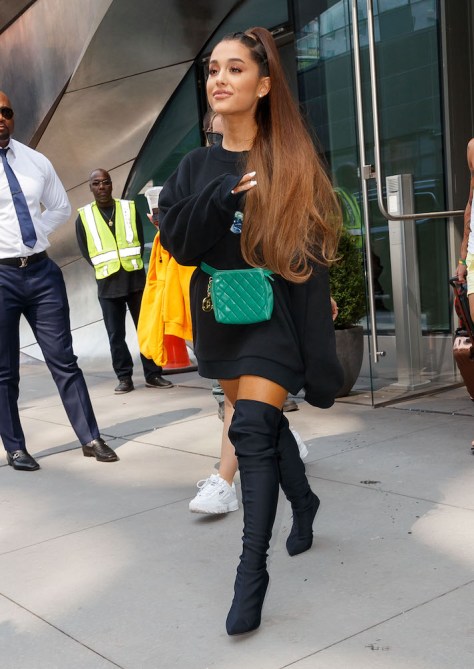