In “Stuck With U,” Grande and Bieber sing about how they wouldn’t want to be quarantined with anyone else but their loved ones. For Bieber, that’s his wife Hailey Baldwin. For Grande, that’s her boyfriend Dalton Gomez. The track explores the relationship that many people likely have with their roommates (whether they’re your parents, your friends or your significant other), which is that, even though they may drive you crazy, you’re “stuck” and in this together.

The sweet music video also includes cameos from several of Gomez and Bieber’s celebrity friends. But the real highlight of the video are the many clips of the pop stars’ fans, who are making the most of their time in self isolation. Some of the clips show Grande and Bieber’s fans dressed up for graduation with no ceremony to attend, while others show them cuddling with their furry friends. Ahead, we tried to track down every celebrity cameo in “Stuck With U.” 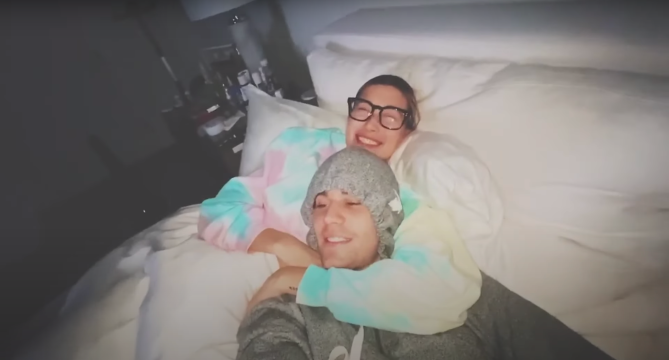 Bieber and Baldwin were featured several times in the “Stuck With U” music video. (Duh, he’s one of the singers of the song.) We see them in bed together, on a walk together and in the kitchen. 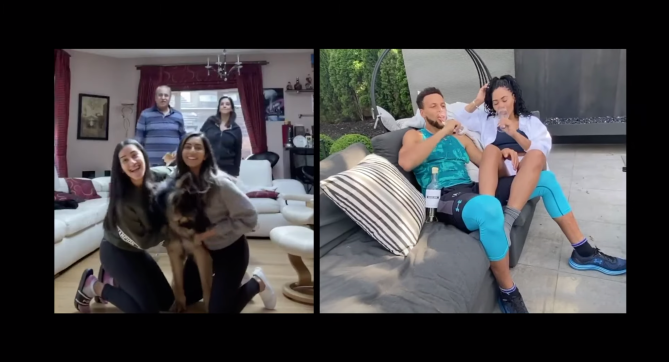 Stephen and Ayesha (right) are one of several couples to appear in the “Stuck With U” music vidoe. We see them intertwined on a couch in their backyard as they sipped on some wine. 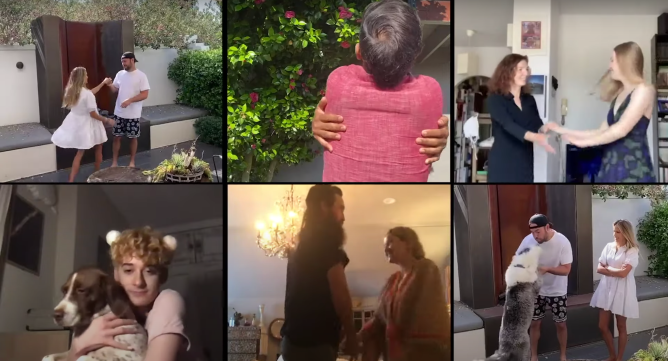 Bieber and Grande’s manager Scooter Braun (top left and bottom right) was also in their music video, with his wife Yael Cohen. Kate Hudson and her husband Danny Fujikawa (middle bottom) were also featured in a short clip of them slow dancing. 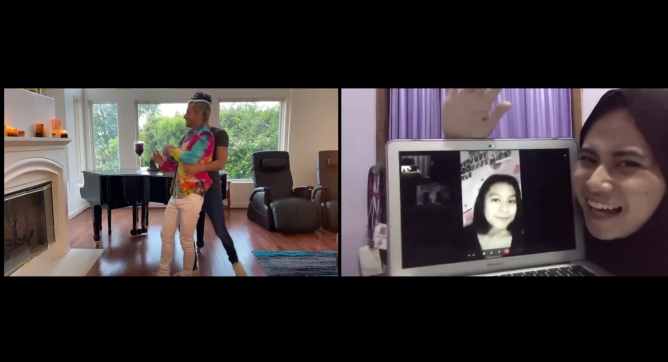 Grande’s older brother, Frankie Grande, was seen in a clip of him being dipped near a piano. 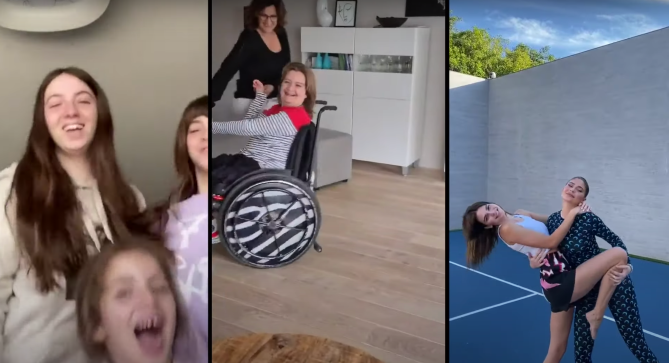 Bieber’s longtime friends, Kendall and Kylie, (far right) were seen in a clip where Kylie dips her older sister. 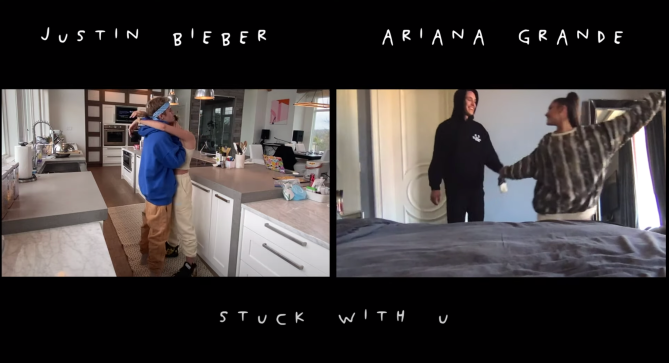 In the final seconds of the music video, Grande confirms her relationship with real estate agent Dalton Gomez. The clip featured the singer twirling into her boyfriend’s arms who catches her. 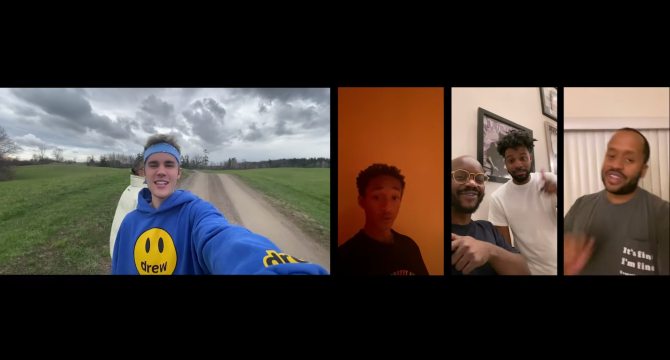 Bieber’s longtime friend Jaden (middle) was also seen in the music video mouthing along to the lyrics of “Stuck With U.” 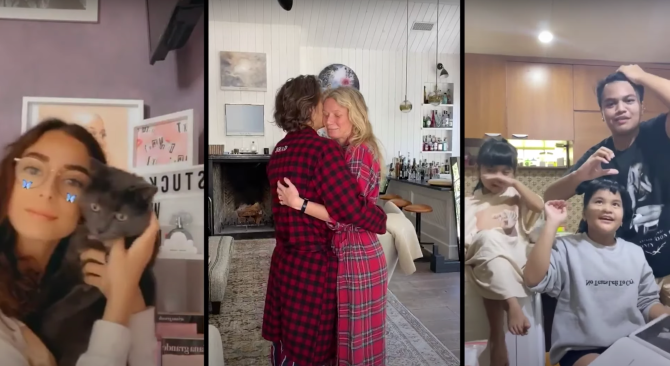 Gwyneth Paltrow and her husband, Brad Falchuk, (middle) were seen slow dancing in their robes in the music video. 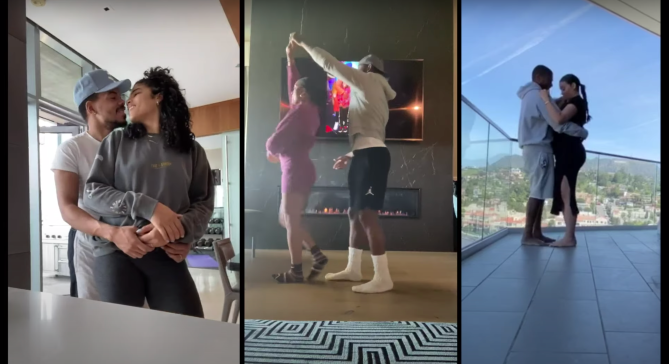 Chance the Rapper and his wife, Kirsten Corley, (left) slow danced as they looked back at each other with loving eyes in the video. 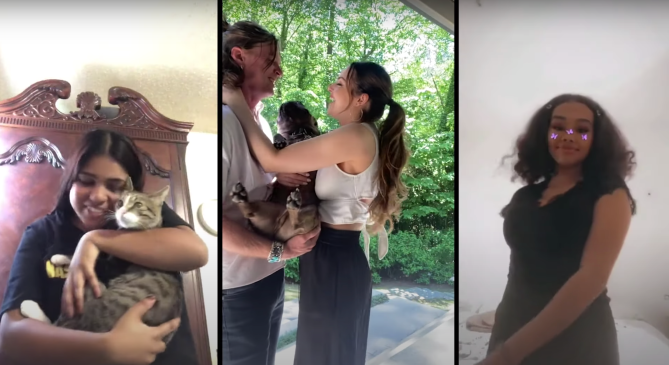 Grande’s longtime friend and former Victorious Costar Elizabeth Gillies (middle) was seen giving a man a kiss in the video as they cradled their pet. 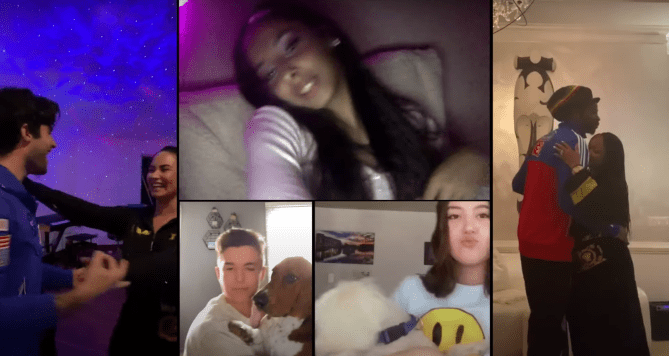 Demi Lovato confirmed her relationship with soap star Max Ehrich (far left) in the music video, which showed them slow dancing with some moody lights. 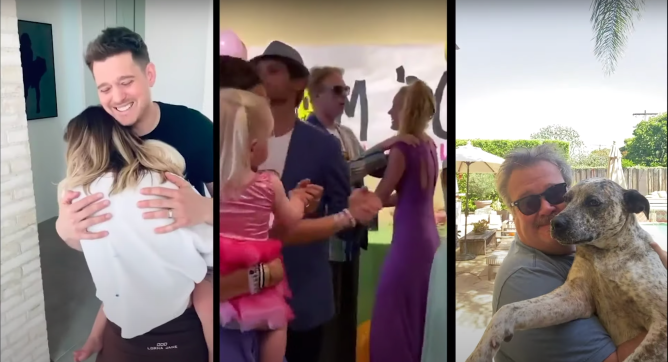 The “Everything” singer and his wife, Luisana Lopilato, (left) were seen slow dancing in one of the first clips from the music video. Likewise, Modern Family star Eric Stonestreet (right) was seen slow dancing with his dog. 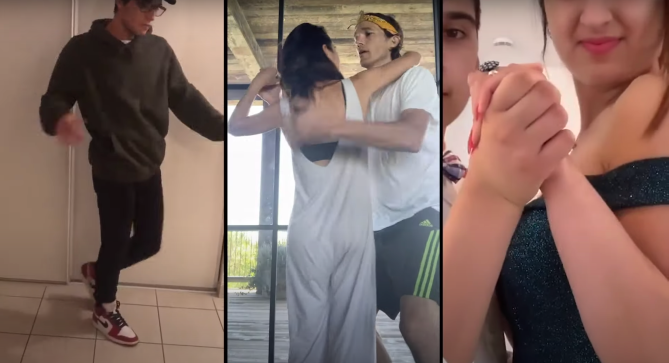 Ashton Kutcher and Mila Kunis (middle) were couple goals as they slow danced outside for a clip for the music video.