As everyone and their moms know, Ariana Grande released her new song, “Thank U, Next”, over the weekend. The song, which names four of Grande’s exes, has been heard and reacted to by almost everyone on the internet, from Kylie Jenner to Camila Cabello. But exes Ricky Alvarez & Big Sean’s reactions to ‘Thank U, Next’ remained to be seen.

Although we don’t know their exact takeaways, the 25-year-old singer gave a hint to how two of her ex-boyfriends—Big Sean and Ricky Alvarez—responded to “Thank U, Next.” In a tweet on Sunday, Grande revealed that both Sean and Alvarez heard the song before its release. “they heard it before it came out 🖤 :)” Grande responded to a fan who assumed their reactions.

Though Grande didn’t reveal whether their reactions were positive or negative, we know that Alvarez’s response was the former after he posted about the song on his Instagram story. One post featured a video of Alvarez listening to the song and reacting to its lyrics (Wrote some songs about Ricky/Now I listen and laugh), while the other included a statement about how he has nothing but “gratitude” for his ex. Grande also reacted to Alvarez’s post, laughing at his video and wishing him the same gratitude. 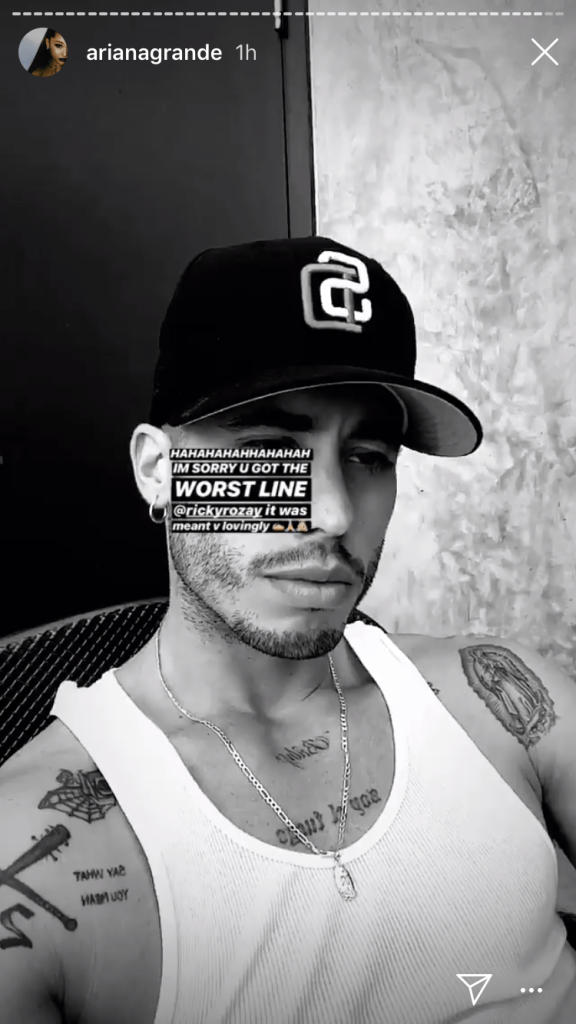 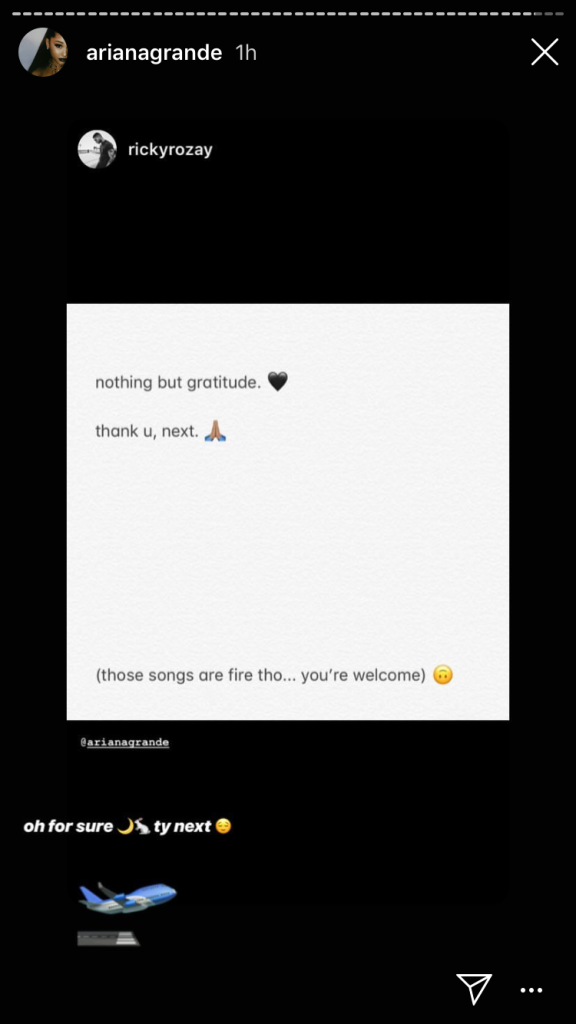 That leaves us with Pete Davidson and Mac Miller, the other two exes Grande names in “Thank U, Next.” Miller passed away of a drug overdose in September 2018, two months before the song’s release, but Davidson hinted at his reaction on this weekend’s Saturday Night Live, which aired minutes after Grande released her song.

In a speech after his appearance on SNL‘s “Weekend Update”, Davidson said that he wishes Grande “all the happiness in the world” and that the truth about their relationship is “nobody’s business.” “I know some of you are curious about the breakup, but the truth is, it’s nobody’s business and sometimes things just don’t work out, and that’s OK,” he said. “She’s a wonderful, strong person and I genuinely wish her all the happiness in the world. Now please, go vote on Tuesday, alright?” He added, “I’m still a good song though!”

It’s unclear if Davidson has heard “Thank U, Next” or if his speech was a reaction to the song, but if the two really are as friendly as they say they are, we assume that his reaction was pretty positive too.