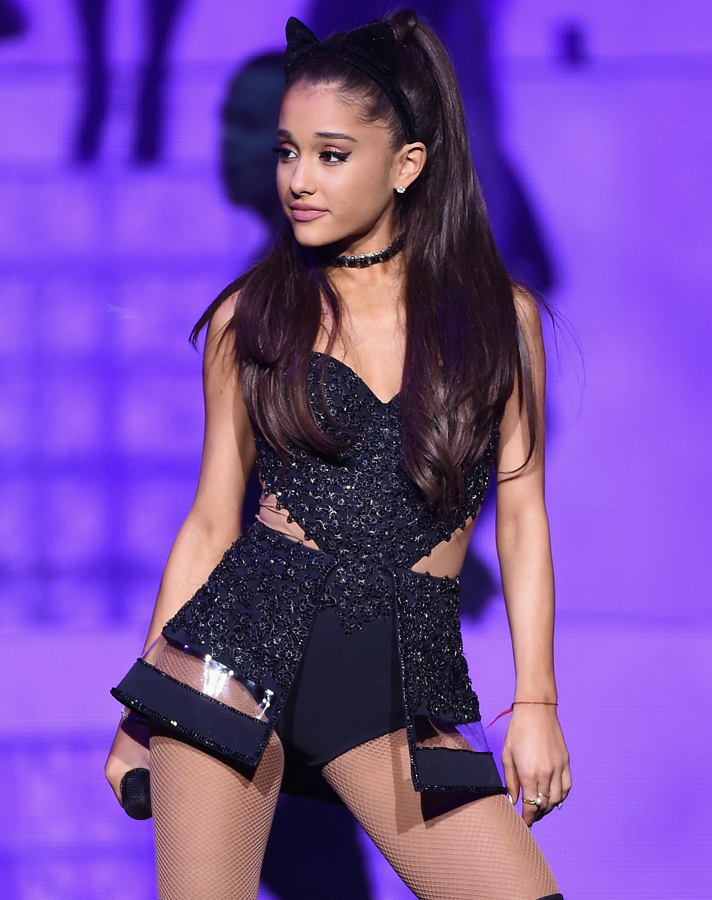 The clip for her new song “Dangerous Woman” is titled “Visual 1” and features 22-year-old Grande wearing black lacy lingerie (very dangerous, Ariana) while belting out the track. There’s a bit of writhing on a couch, but mostly the nearly naked singer stands in front of a blue wall and sings. An interesting note, though: You do get a close look at her “baby doll” finger tattoo.

Grande’s single “Dangerous Woman” first debuted earlier this month and will appear on her upcoming album of the same name, which is slated to drop May 20. Until then, take a peek at Ariana Grande’s new music video for yourself: