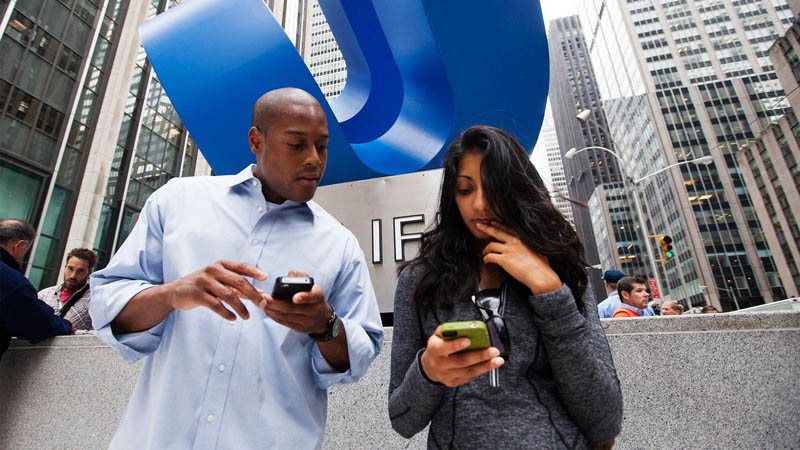 You text and email each other all day, and occasionally check each other’s Facebook and Instagram to see if they uploaded any new pictures of themselves.“He looks a little too happy in that one,” you judge. At night, you may talk on the phone or Skype. But it’s all good if you don’t, because he texts you “good night” then “XO.”

Technology has made it much easier for relationships to feel like they’ve gone “virtual,” especially if you’re receiving more X’s via phone than getting the real physical thing from your partner.

While it allows couples to stay in constant communication, some say technology actually harms our interpersonal interactions and replaces the in-person discovery and sexuality with the virtual kind.

“Call it chemistry, fireworks or pheromones, [but] humans are hard-wired to deal with each other in person,” says dating coach Hunt Ethridge. “What is said in communication is really only about 20 percent the actual words spoken or on a screen. The rest is about the body language and the tone.”

It’s also their touch, their smell and their demeanor. What fun is it to learn all about your love interest by finding out what they like on Pinterest?

Getting to know people is about peeling back the layers, and involves a bit of mystery, says Ethridge. If you leave everything up to technology and social media, it leaves a lot up for interpretation.

University of Missouri researcher Russell Clayton, who did a study on the impact of social media platforms on relationships, says excessive use is also associated with negative relationship outcomes, including emotional and physical cheating and separation. Perhaps because, at times when we were once forced to talk, (like on road trips, in waiting rooms, and even on dates) we’re being sucked into our phones instead.

But Colin Hodge, co-founder of the dating app DOWN, says he is a firm believer that technology makes relationships easier.

“It liberates people to express their true desires, sexual or otherwise, in a more private environment. We’re seeing more people working on honing their ‘texting game’ skills so that they keep their match interested and move the relationship along.”

But even Hodge thinks couples should put down the phones while together. While technology does enable spontaneous thoughtful interactions at any time (think a random flirty text during the work day), they shouldn’t be used in lieu of actual kissing or flirting (remember, there’s nowhere to have sex in cyberspace).

As Hodge explains, “The best way to use flirty messages is as a way to build anticipation for the in-person interactions.”

And, when it comes to sorting out problems?

“Nothing complex should ever try to be figured out via text,” adds Ethridge. “You owe it to the other person to be there in-person.”

The bottom line: If you feel like your relationship is getting more digital and less physical, just put down the phone and wait until you are in each other’s presence to share feelings, flirt and kiss.

Is Your Relationship an Online Overshare?
How Gross is My iPhone?
WATCH: How Brooklyn Decker Really Became a Hollywood Actress