On the heels of the midterm elections, Time decided to try and determine the political identity of nearly 3,000 brands based on where their stores are located.

To do it, the magazine matched around 2 million brick-and-mortar store locations for brands like Starbucks, J. Crew, Whole Foods, American Apparel, and Dunkin Donuts to their corresponding Congressional district then tallied them by that district’s vote in 2014 midterms.

MORE: The 50 Most Porn-y American Apparel Ads Of All Time

The results are interesting, if not exactly groundbreaking. For example, of the American Apparel outposts, 83% are in Democratic areas (it’s hard to imagine conservatives getting behind the brand’s infamously porn-y ads), while nine out of 10 Belk department stores are situated in red states. Most other brands looked at—Starbucks, Chipotle, J. Crew, to name a few—were pretty bipartisan, though some skew slightly more blue (Nordstrom, L.L Bean, 7 Eleven) while others lean toward red (Victoria’s Secret, Old Navy, Toyota.)

The infographic below was created by Time, and only includes 49 brands, but if you head over to Time.com, you can search for any brand you like and see where it’s most likely to fall on the political spectrum. Pretty cool stuff! 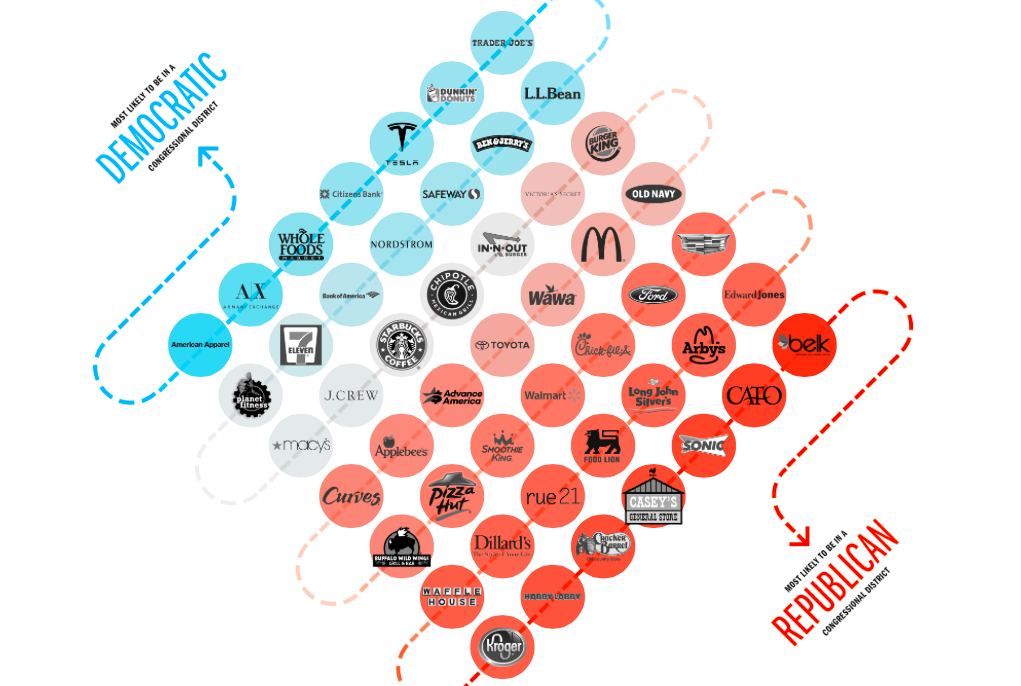