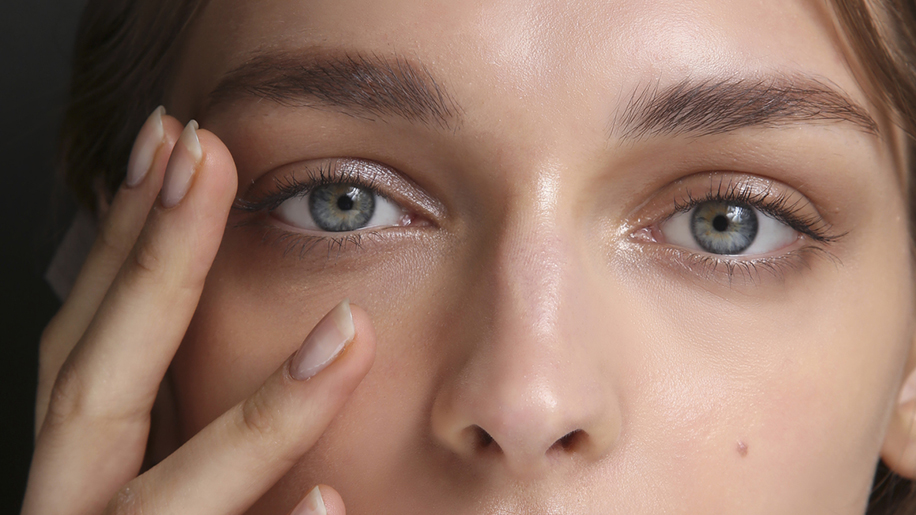 One thing that I’ve learned over a lifetime of being horribly impatient is that immediate gratification is not always plausible. (No shit.) So when, after a few months of hemming and hawing (and anxiously examining my premature crow’s feet in the mirror), I finally decided I did need to make a commitment to using eye cream after all, my expectations were very low. Historically, I’m not a big fan of eye creams, and real talk: Most of ’em don’t work.

Arcona Eye Dew Plus ($95) is different. I know now that it’s different in a good way, but when I first dispensed half a pump onto my fingers as instructed, I was mostly just confused. The formula is not white or pearly, but rather iridescent, which is allegedly the result of liquid crystals in the mix. I was suspicious of that claim, so I plugged a bunch of the ingredients into Google—and lo and behold, the first two ingredients are, indeed, liquid crystals.

Said liquid crystals, cholesteryl oleyl carbonate and cholesteryl nonanoate, are derived from cholesterol, so they’re heavy on the fatty lipids that hydrate the skin. That means they’re actually doing something useful aside from just being liquid crystals and all that. They also give the cream a waxy, slightly tacky texture (is it even a cream?) that seems to really adhere to the skin rather than just sit on top of it, and once you’ve tapped the cream into the under eye area it leaves behind a very pleasant dewy finish that does not, I repeat, does not bear any trace of iridescence. 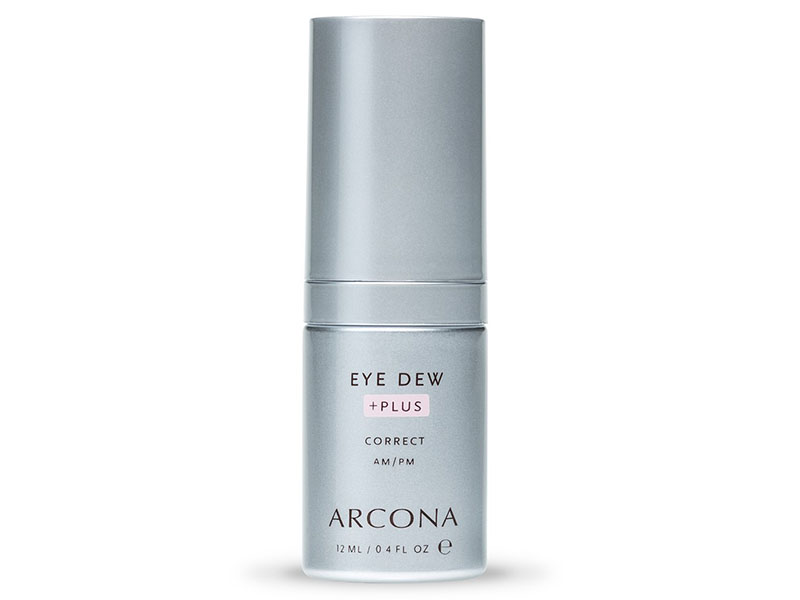 The Eye Dew Plus is extremely weird, but it works. Like, really works—so much so that I’m disappointed in myself for not taking before and after photos. In my defense, as a nonbeliever I genuinely did not go into this expecting an eye cream to make such a significant difference over such a short period of time, but I probably should have realized I was onto something when I woke up the morning after the first use and noticed how much brighter and less crepe-y my entire eye area seemed.

I’ve only been using the cream for about a week—one week—and the fine lines I was so worried about are just about gone, which I suspect may have to do with the retinol ingredient. They’ve totally smoothed out; the crow has left the nest. And thanks to a strong dose of vitamin C, the thin-skinned darkness that usually settles under my eyes has been downgraded from “highly concerning on a health level” to “maybe you just need a few more hours of sleep.” Impressive! My under eye concealer no longer creases throughout the day, and I’m not getting that sad (so sad), flaky dryness that usually goes hand in hand with winter.

At almost $100 for .4 fluid ounces, Eye Dew Plus is very not cheap, but you only need the tiniest bit to get the job done, and the anti-aging results are startlingly good. In fact, they’re so good that I’m starting to wonder if there might be a portrait of me in an attic somewhere that grows older and uglier each day to better represent my vanity and withering soul. Let me be clear: I don’t care what that portrait does as long as it doesn’t touch this eye cream.