A royal milestone! Baby Archie said his first words to Meghan Markle and Prince Harry, and they’re beyond sweet. Us Weekly reported on Friday, June 5, that the former Duke and Duchess of Sussex’s 1-year-old son is now talking and the first words in his repertoire are dedicated to his mom and dad.

The insider also revealed that Archie has been playing with his parents as he’s become older and is fond of a couple games. “He loves playing hide-and-seek and using building blocks,” the source continued.

Meghan and Harry welcomed Archie in May 2019. Surprisingly, a source predicted in November 2019 that Archie’s first word would be “Dada” based on how much he lights up when Prince Harry is around. “When Harry walks into the room, Archie gets so excited, he puts his arms out—his way of saying, ‘Pick me up!’ You can tell Archie’s going to be a social butterfly. He’s at his happiest when he’s around people,” the told Us Weekly at the time. 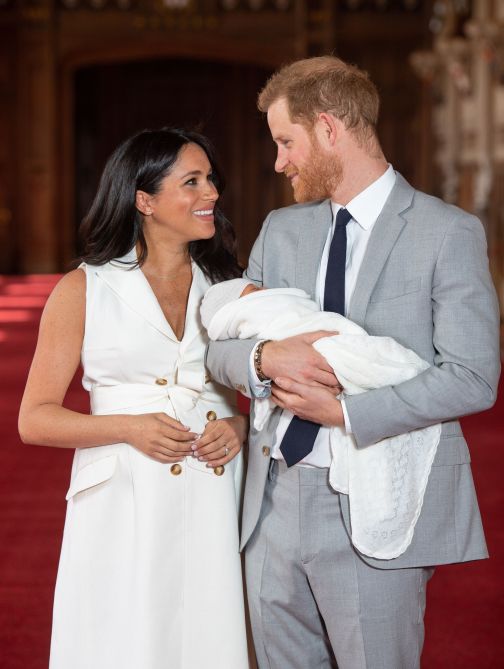 The source also noted that Archie is a “happy baby” who “rarely cries.” “He takes a keen interest in his surroundings and is already engaging and interacting with people. He loves to be entertained. And he isn’t a needy baby—he’ll happily go to Harry and Meghan’s friends without kicking up a fuss,” the insider said in November 2019.

According to the source, Archie’s also growing up to become quite the genius. “He’s a strong baby and you can tell he’s super smart,” the insider said at the time. “He can sit up without support and roll over, and he’s almost crawling.”

Meghan and Harry announced their decision to step down as senior members of the royal family in January. After their announcement, the couple moved to Canada to raise Archie. The family has since relocated to Los Angeles for their careers.