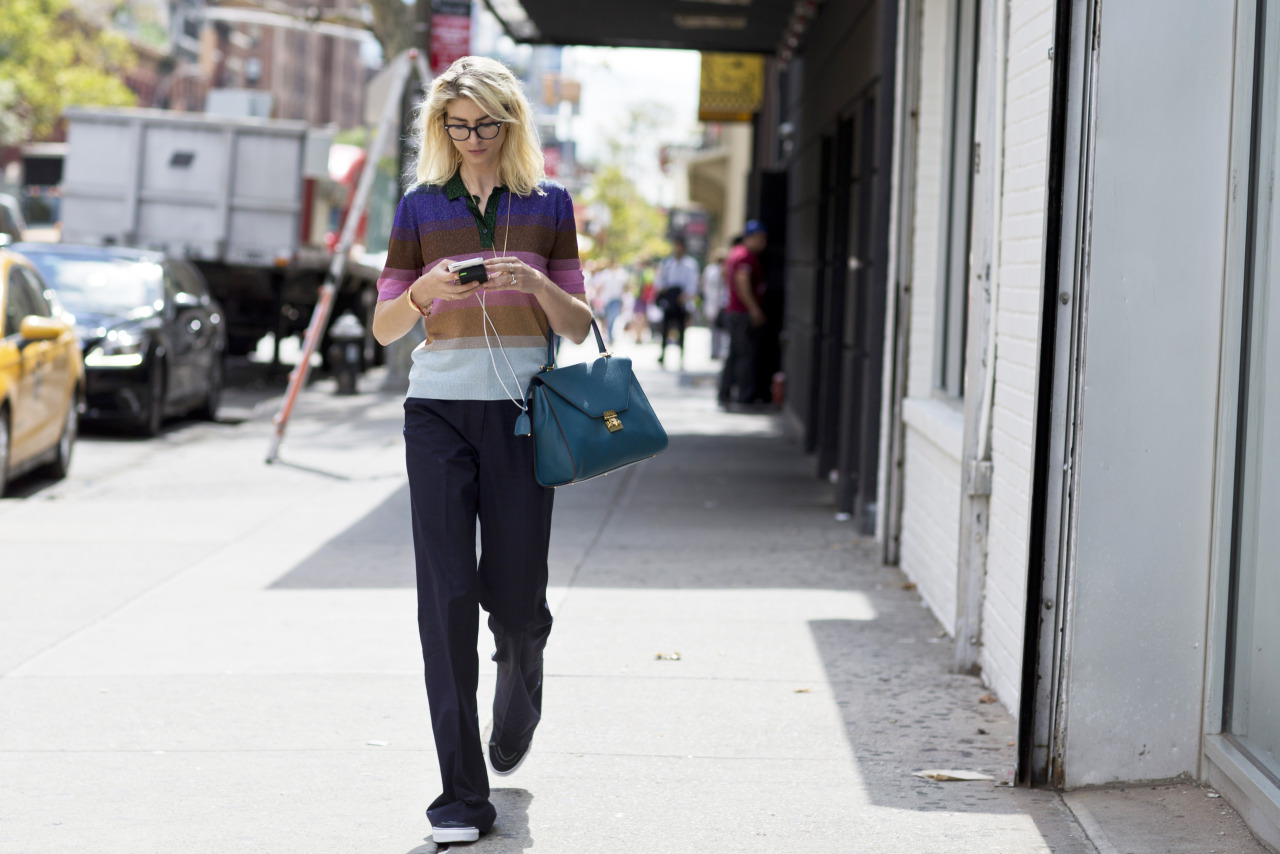 We all love apps that keep us connected or entertained—I personally credit the Podcast app for getting me through my morning commute—and thanks to applications like Tinder, your smartphone is now the ultimate wingwoman.

But the world of online dating apps can be a tricky, overwhelming place to navigate. And let’s be real: You’re practically guaranteed to get creepy or inappropriate messages while the odds of matching with someone you’re actually into can feel stacked against you. Enter Bumble: A new application that makes navigating the digital dating landscape a hell of a lot easier for women.

Bumble has over 1 million users, split quite evenly between men and women, which is pretty rare for a dating app. Here’s the kicker that sold us though: Only women are allowed to initiate conversations on Bumble and must do so within 24 hours of matching, completely taking the pressure off making the first move.

Whitney Wolfe, Bumble’s founder and a former Tinder cofounder, explained: “Our current expectation as a society around dating and gender and what is expected usually dictates that the man makes the first move. So when you say, ‘No. Women, you make the first move,’ it can be an adjustment. Our putting that time limit in for women to strike up a conversation really normalizes the behavior. It’s like, the app is making you do this, so you don’t feel too forward.”

Also, including profile information about your job, age, and where you went to college makes screening potential matches way easier. “I can guarantee the first questions you would be asked when you meet someone at a bar are, ‘What is your name? Where are you from? Where do you go to school? and What do you do?’ We give you all that information off the bat so you know if you want to spark something with one of our users,” Wolfe explained.

About 70 percent of matches also go on to exchange phone numbers on Bumble, a pretty solid indication that people are finding people they actually like on the app—and that Wolfe is onto something with her ladies-first take on app dating.

Here, Wolfe broke down a few lessons she’s learned that could totally transform the way you approach app dating.

Yes, you should make the first move.

Even if you’re not using Bumble, you should just go ahead and send an emoji—or whatever your go-to opening line is—to matches on dating apps.

Wolfe explained: “It’s becoming more acceptable to be yourself as a women. It’s encouraged and is part of celebrity culture now. Technology is a big part of our culture, but until Bumble, the dating part of technology hadn’t really tapped into this shift. It’s really encouraging to start to see women feel confident and empowered while dating on Bumble, and we also take the expectation away from the modern man that he has to initiate a conversation.”

Pick photos that show your personality.

Yes, when it comes to online—and app—dating, your photos matter. However, it’s more about showing different sides to your personality than it is about finding the perfect selfie lighting. Says Wolfe, “Showcasing your personality through photos is very important. If you’re into horseback riding but you’re also into partying on the weekend, include photos of both. This gives potential matches something to work with. It’s not only is a great conversation starter, but it also helps make sure you’re matched with someone who shares your interests.”

Stop with the group photos.

Here’s the thing: If all of your photos are with a group of friends, it makes it tricky for a potential match to work out who you actually are. This seems kind of obvious, but Wolfe says it’s a mistake many app daters make. “If you have six photos of you and all your friends, it’s going to be harder for you to make great matches, as we find it’s very confusing,” she notes.

Instead, she recommends at least a couple of solo shots: “Make sure your first photo is just of yourself; it has a much more significant impact.”

Fact: The minute you match with someone on Bumble (or any other dating app) is probably not the time to start getting super heavy and deep. Wolfe says most people keep it lighthearted and playful when using the app, doing things like using the app’s theme to break the ice. “It’s what we are here for; we want to be your wingwoman! Use a bee emoji or compliment their photo or jokingly comment on something going on in pop culture. Nothing is more attractive than confidence and intelligence,” she said.

Be online during peak times.

Interestingly, there is an actual time that most people are using their online dating apps. Wolfe said that for Bumble, 6 p.m. is the sweet spot—so you might want to be online around then.

Obviously, we all want to show the best version of ourselves in any dating scenario—apps included. But it’s not helping anyone if you’re inauthentic.

It might sound like a cliché, but when it comes to the photos you choose and what you say, you’re not going to match with anyone you’ll click with if you’re not yourself from the get-go. “I’m a firm believer in being yourself,” Wolfe said. “I would never wear red lipstick in real life, so for me to then put photos with a full face of makeup and red lipstick would be ridiculous. Sure, it might get more right swipes, but it’s not the right kind of men I’d be attracting. It’s not important to have a first date—it’s important to have something authentic and real.”