Antoni Porowski has written a cookbook, owns a restaurant in New York City and is the food and wine expert on Netflix’s Queer Eye, but it wasn’t until a few years ago that he even considered a career in food. Though he always loved to eat, from watching his mom cook Polish recipes as a kid to hosting dinner parties for his parents’ friends at 12 years old, his first dream was to be an actor. “I honestly never thought I would work with food, as important as it was to me,” Porowski says in an interview for Triscuits Wheatberry Clusters. “I love food. But I also love music and books. It doesn’t mean I’m a writer or a musician, even though I was in a band in college called the Silver Spoons and we were terrible.”

Porowski’s professional introduction to food came in his 20s when he worked as a waiter in New York to support himself in between auditions. After several years, he worked his way up to become the manager of a downtown sushi restaurant before meeting Ted Allen, the food and wine expert on Bravo’s Queer Eye for the Straight Guy and Porowski’s neighbor at the time, who hired him as his personal assistant. “That was my first, no pun intended, taste of what it would be like to work in the food world,” Porowski says. 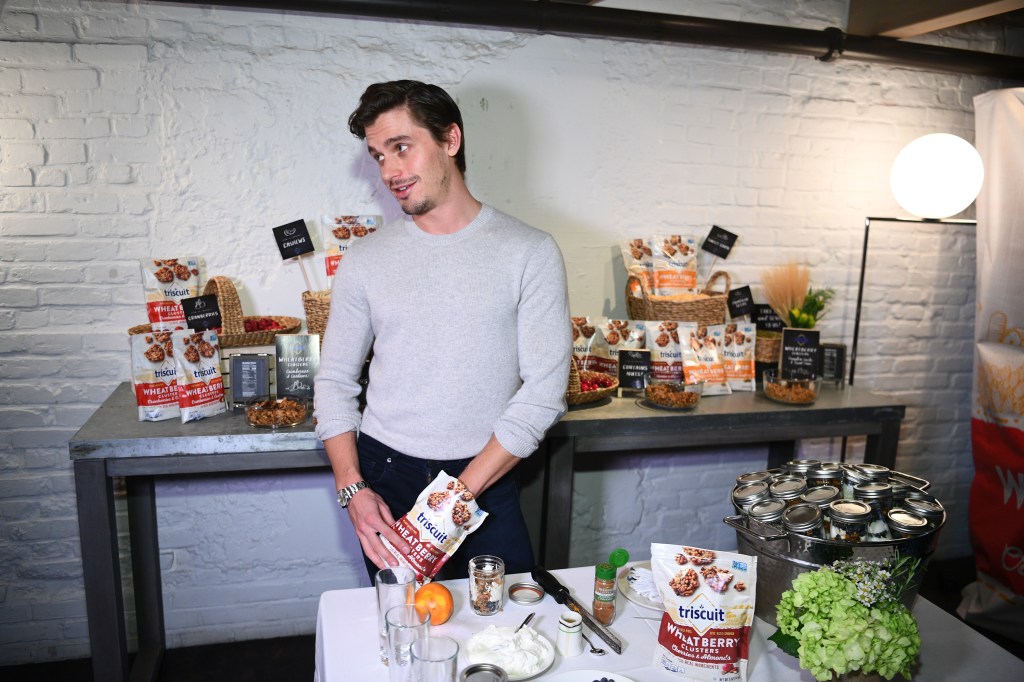 After a couple years as Allen’s assistant, where he worked on recipes with him and learned the ins and outs of the food business, Porowski left to become the curator of an art gallery. When the opportunity for Queer Eye came around, a year and a half later, Porowski knew the first person to contact for advice. “At first, he was surprised and was like, ‘But you’re an actor.’ And then he was like, ‘No. But actually…’” Porowski says. “His words, not mine. He was like, ‘If you get this, you’re going to know a lot more about food than I did when I started Queer Eye. If somebody should do it, why the hell not you?’”

I had no idea if the show was going to be big or not, but I had the sense of accomplishment.

After this conversation, Allen called the creators of the show to give Porowski his blessing. Several months and auditions later, while he was mid-sale on a brass sideboard owned by Andy Warhol at his gallery, Porowski received the call that he booked Queer Eye. “My boyfriend and I took the subway home afterward and we were staring at each other and smiling and couldn’t say anything,” Porowski says. “I had no idea if the show was going to be big or not, but I had the sense of accomplishment. Like I went there and showed them my true self and somebody thinks I should do that for a living, which is an extreme form of validation.” 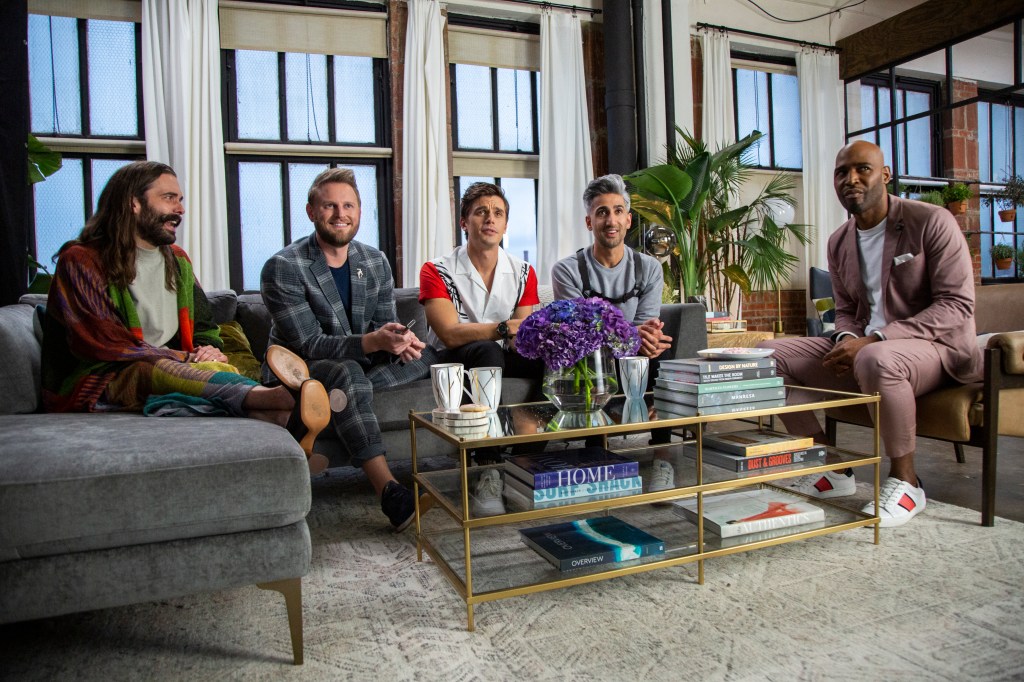 The show became an instant success, and Porowski’s following skyrocketed from a few hundred to three million. His fame afforded him opportunities like a cookbook, a restaurant in New York and deals with food brands. But with his success came a cost to his self-care. “At the beginning, I really didn’t know how long all this was going to last. I thought it was going to be five minutes of fame, and then it was going to be done, so I said yes to everything,” Porowski says. “I almost burned myself to the ground. I was filming Kansas City episodes while I was working on the cookbook and sleeping four hours a night and basically living off coffee.” The experience has taught Porowski two lessons: how to say no and to cherish the free time he does have. “My days are blocked out for the next few weeks, to the hour. It’s not the life I had a year and a half ago at all,” Porowski says. “Time to walk around the city and stroll around the flower market, those are so few and far between, so everything is so precious to me.”

I don’t think it’s sustainable to fully to subscribe to a specific way and to exclude a bunch of stuff from your diet.

Porowski’s time on Queer Eye has also taught him more about food and the changes he would like to see in the industry. His current concern? The obsession with diets. “We as a society tend to get really obsessed with one particular thing. It’s like, ‘I have to go on an Atkins diet. I have to go on a Keto or paleo or whatever it is,’” Porowski says. “But I don’t think it’s sustainable to fully subscribe to a specific way and to exclude a bunch of stuff from your diet and just have pineapple juice and cayenne and maple syrup every single day.” Instead of a specific fad, Porowski recommends healthy choices from a variety of diets. He cites Triscuits’ Wheatberry Clusters, which is unprocessed and made of wheat in its purest form, as an example of how healthy food doesn’t have to be restrictive. “It’s about making healthier choices that are more well-rounded and not as obsessive,” he says. 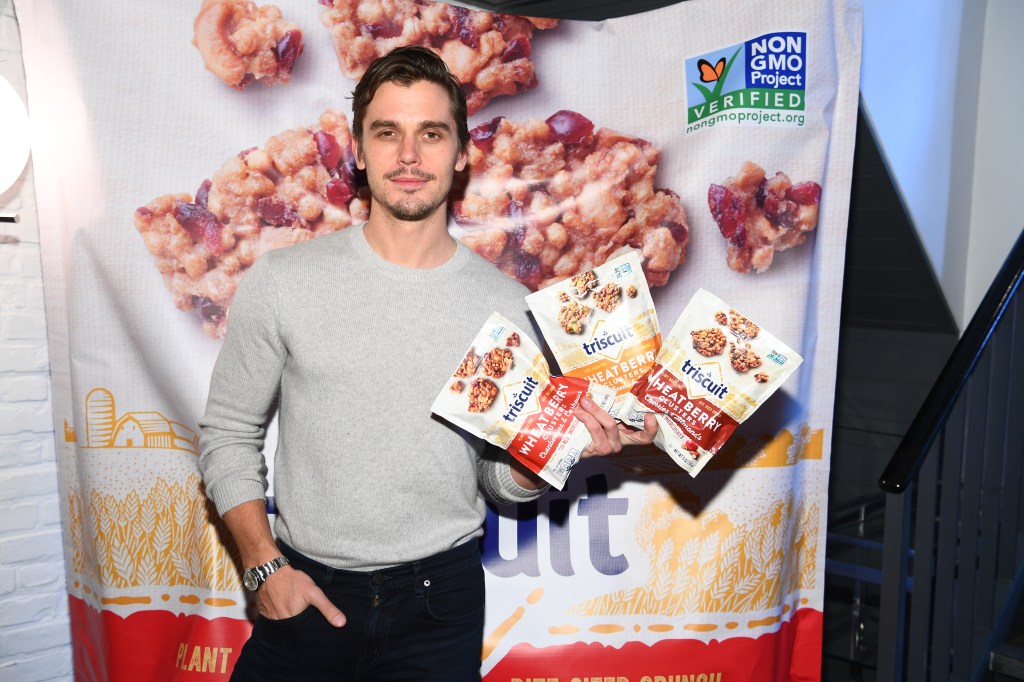 As Porowski’s success has grown, so have his critics. After seasons 1 and 2 of Queer Eye, Porowski’s Instagram followers surged to the millions. With that came many more eyes on his posts, specifically his shirtless photos, which have often been mocked as “thirsty.” “I didn’t think there was going to be such a reaction to the objectivity of my physical appearance,” Porowski says. “I get a lot of comments that I’m basically this thirsty guy who’s posting shirtless photos.”

But the criticism doesn’t bother him. In fact, Porowski sometimes feeds into it by posting shirtless photos of himself, knowing what the reaction will be. “I get very entertained by it and I kind of see it as a character,” Porowski says. “I don’t want to call it performance art, because that sounds pretentious and giving it way too much credit. But I love playing around with people’s perceptions of me and giving them what they want and then doing something different.”

I love playing around with people’s perceptions of me.

Porowski suggests that fans don’t take his Instagram too seriously. Though it’s a reflection of his life, from cooking videos on his Instagram to photos with friends on his feed, it isn’t all of who he is, and he has fun with those who assume that it is. “People will often think they know me based on how I present myself on social media, but it’s something I paid no attention to a year and a half ago,” he says. “Now suddenly it’s something that’s become my life because it drives my business and it’s a way of reaching to literally millions of people. It’s fun to play with that.” 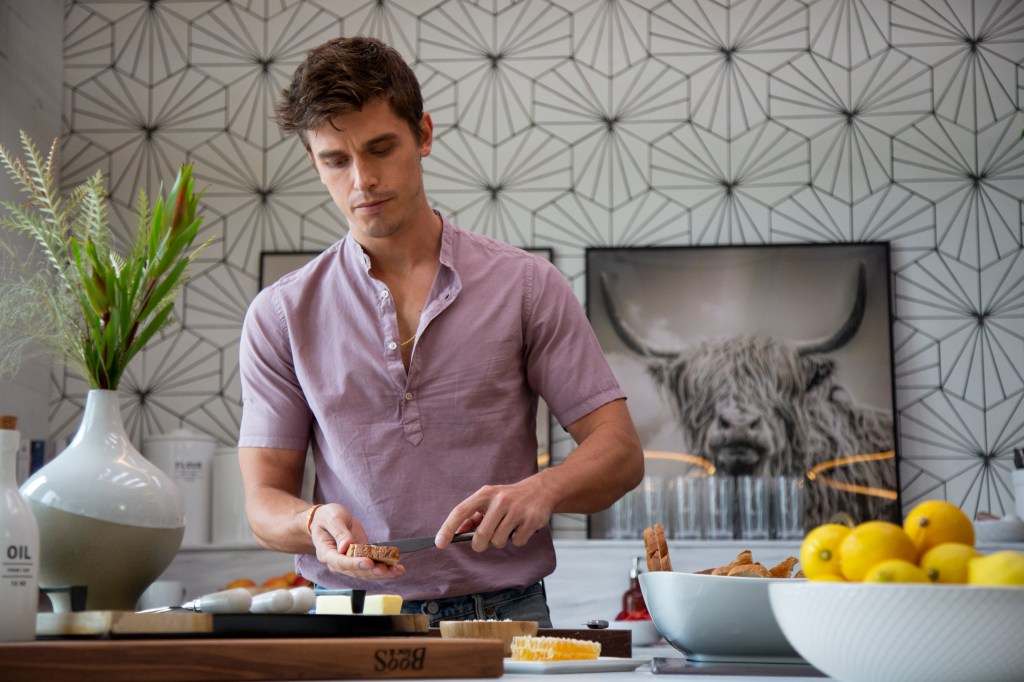