After wrapping a day of filming on the second season of “13 Reasons Why” in Napa, California, Anne Winters and a few of her castmates went to dinner together before hitting a Starbucks. All was well until they walked in, and then pandemonium began.

“We walk into Starbucks, and literally everyone was like, ‘Oh my God!’” Winters says. “This girl just started crying. She was like, ‘Oh my God. I gotta get a picture with all of you. I can’t believe the whole cast of ‘13 Reasons Why’ just walked into Starbucks. I just got stood up on my date, and he’s not here, and now it’s the best day of my life.”

Winters and another “13 Reasons Why” newcomer, Bryce Cass, stood to the side as a line of fans formed to take pictures with the cast, including Dylan Minnette (Clay), Steven Silver (Marcus), and Michele Selene Ang (Courtney). One fan, after handing their phone to Winters to take their picture, commended her on befriending “famous people,” unaware that she was cast in the second season—not to mention almost played a key character from season one (more on that later).

“We just acted like we were their friends, “Winters says. “Someone was like, ‘Aren’t you guys so glad that you’re friends with famous people?’ And we were like, ‘Yeah…It’s so fun.’” 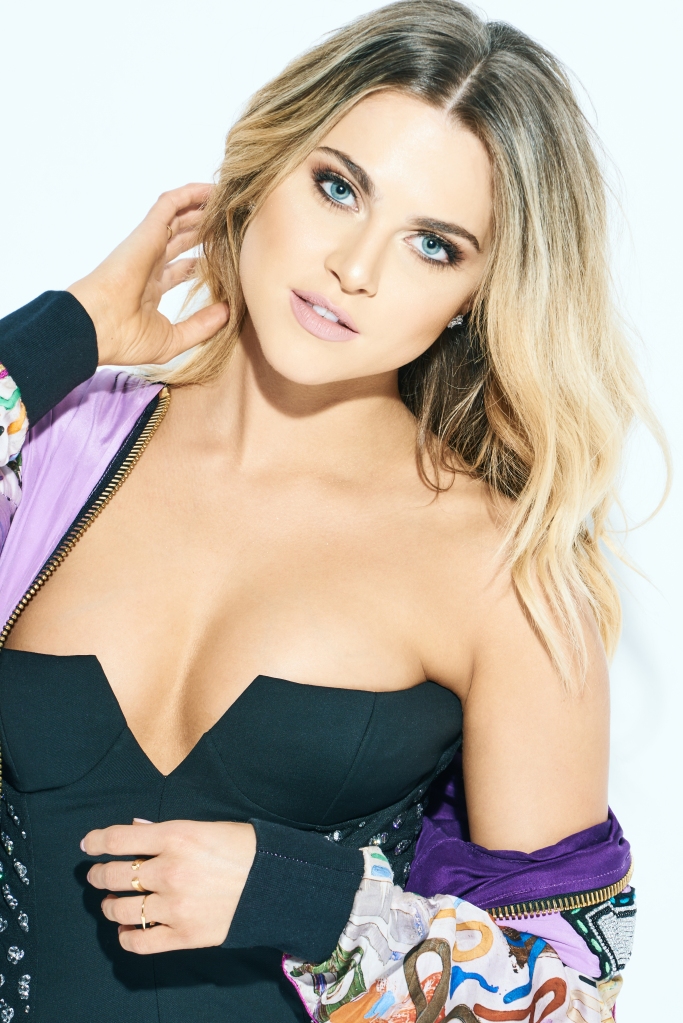 Raised in a tight-knit Christian community in Dallas, Winters fell in love with acting after performing in church plays growing up and reenacting Mary-Kate and Ashley Olsen movies at camp every summer with her best friend.

At 15, Winters, at the suggestion of a friend, auditioned for a talent competition in Dallas, with the prospect of meeting big-shot agents and managers from Los Angeles. After her audition, Winters was quickly taken under the wing of a manager and flown to Los Angeles, where she signed with an agency and was thrust into pilot season auditions. “For some reason, the guy who led this thing really took a liking to me, and he basically was like, ‘You have to come to L.A. You have to come to L.A,’” Winters says.

I love that our industry is shedding light on the stories about underdogs.

Winter’s agency pushed her to move to L.A. immediately, but her parents declined, deciding she should stay in school. So she auditioned from Dallas via tape, nabbing a pilot on Nickelodeon titled “Summer Camp” opposite Hailee Steinfeld. The pilot was never picked up, but Winters could feel her career burgeoning, so when she started her senior year she was faced with a decision to either apply to college or move to L.A. immediately after graduation. 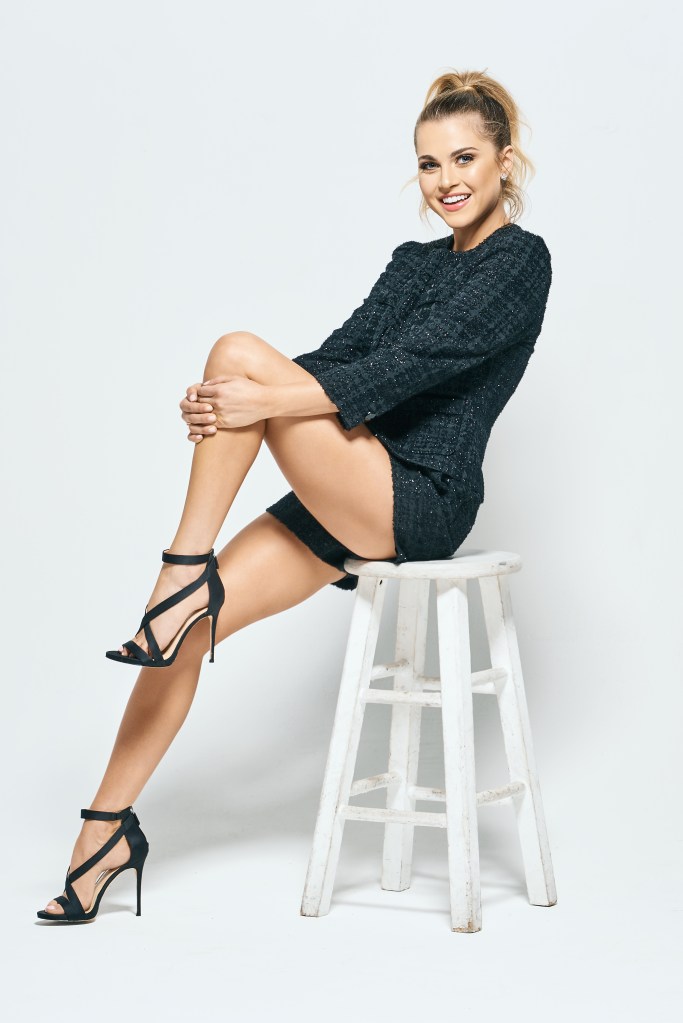 “It seemed so far-fetched,” Winters says. “I’m pretty realistic, so I was like, ‘Well, yeah. I can go to L.A. and try. But realistically, I’m not going to become a famous actress.’ My thought process was, ‘I’m going to do this for fun. If something happens, great. If something doesn’t, whatever. I had a great time and at least I went out and tried.’”

I don’t ever remember having that real of a show for a teenager.

With that mind-set, Winters deferred admission to a college she had been accepted to, staged a fake going-off-to-college party, packed her car, and moved to L.A. the week after she graduated. “I lied to everyone I knew. In Dallas, it was super looked down upon to not go to college and move out and pursue a dream,” Winters says. “I just told everyone that I’m going to college, and I even had a graduation party with the university on a cake knowing fully that the minute I was done, I was leaving for L.A.”

After moving to L.A., Winters spent several years on web shows and in indie films opposite actors such as Selma Blair and Nicolas Cage, before landing an audition for a then-unknown Netflix show called “13 Reasons Why,” produced by Selena Gomez. 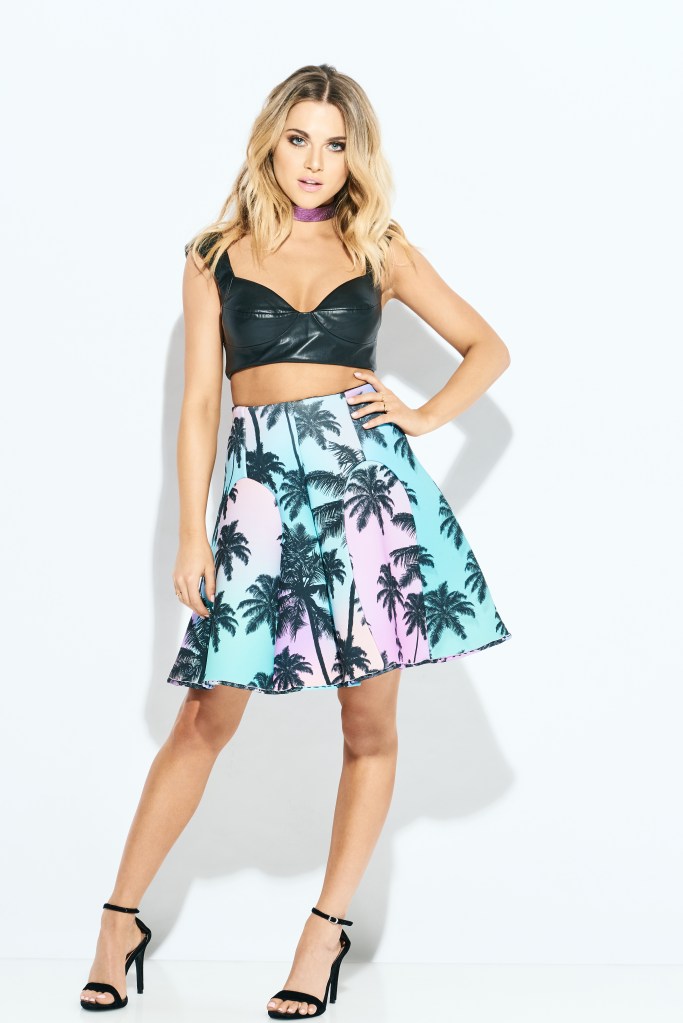 Having read the book in high school, Winters was pumped, and after she learned that her audition was for the show’s lead, Hannah Baker, a high school student who commits suicide and sends tapes to people whom she considered responsible, the stakes were raised even higher. “I was like, ‘Oh, what’s this?’” Winters says. “I had read the book, and I was like, ‘That’s super cool.’ It was a great script, and I loved the role of Hannah.”

After her initial auditions, Winters flew to New York City to meet with the show’s creator, Brian Yorkey, making it to the final few auditions. In the end, Winters was turned down and passed over for Australian actress Katherine Langford, leaving her gutted. “I was bummed when it was such a big hit,” Winters says. “I was like, ‘Dang, I really wanted that role.’ That doesn’t happen all the time. But when you get really far in something, you’re like, ‘Damn. That’s crazy. That show blew up.’”

’13 Reasons Why’ really made me wish that I could go back in time and hear different people’s stories.

When season one came out, Winters boycotted the show out of sadness, until she opened her email a year later and saw that she had an audition for Chloe, a new character in season two. However, with the massive success of season one, the audition process was completely different. “When I got a chance to audition for it again, I was like, ‘Hell yeah! OK. Cool,’” Winters says. “The show got so big that in all the auditions, you didn’t know what your character was going to do. You didn’t even know who your character was with in the storyline because all the character names were made up. Even the names you’re talking about were random names.”

While Winters, who never told Langford that she auditioned for Hannah, couldn’t spill too much about her character—aside from that she’s a cheerleader—she suggested that audiences would take time to warm up to Chloe. “I’m very curious to see if people like me or don’t like me at the beginning,” Winters says. “She definitely is very likable, but also some of the situations she’s in, you’re like, ‘I don’t know if we trust her or if we don’t.’ What will be interesting is I think people’s opinions will change over several episodes.”

I see that ’13 Reasons Why’ promotes awareness and shows something that’s real.

Winters also suggested that the second season will tackle the common criticism that “13 Reasons Why” “glorified” suicide in season one. “The second season is different because they’re answering a lot more questions with Hannah and what she went through, and also, everyone else’s stories and their take on it, instead of just Hannah’s point of view.” Winters says. “People were thinking that it promoted suicide. This season, you can tell that that’s not really what it’s about. It shows a more realistic point of view.”

As for her own take on the criticism, Winters believes that the show is “all about how you look at it.” “I’m not going to tell them that they’re wrong,” Winters says. “Shows are there for people’s own interpretation, but I see it in such a different way. I see that it promotes awareness and shows something that’s real. We’re trying to get people to watch and be like, ‘Wow. This is something that really needs to be helped and noticed.’ I think the glorify thing is funny because it’s like, ‘We can say that about any TV show because technically it’s on TV and it’s being glorified.’ It’s more than that.”

For Winters, one of the biggest takeaways of working on “13 Reasons Why” was looking at her own high school experience in a different light. “It really made me wish that I could go back in time and talk to more people and hear different people’s stories,” Winters says. “In high school, you’re so narrow-minded, and you don’t really care. It sounds so bad, but it’s not like you don’t care that you knew, but that you don’t notice or care enough to know. So you just go about your life without knowing that people are going through something real.” 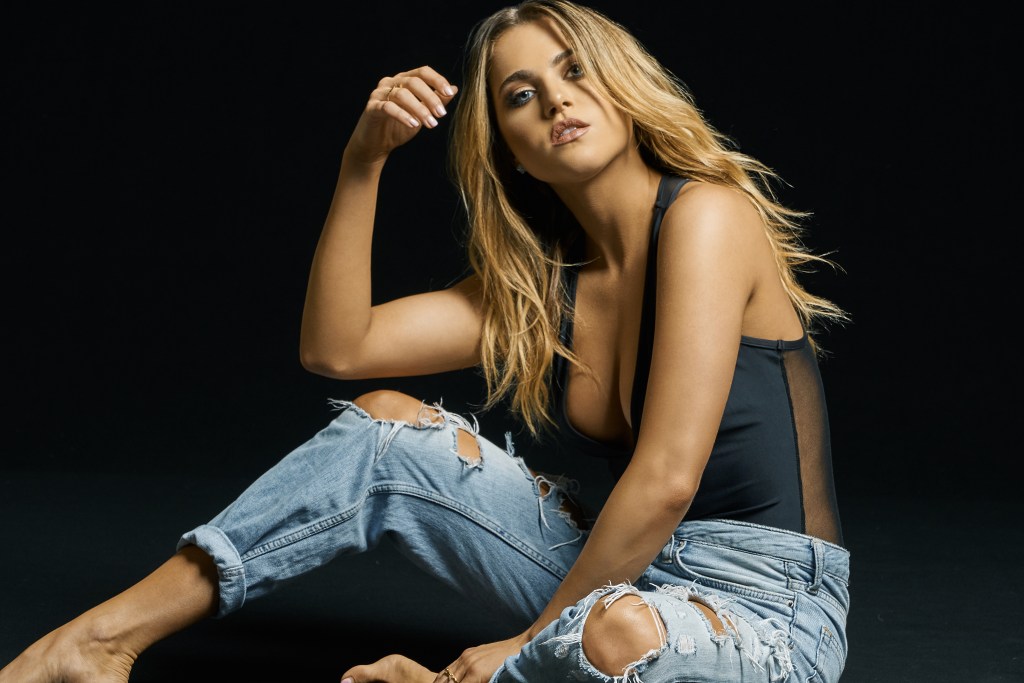 As far as the fandemonium she witnessed at Starbucks that day, Winters isn’t worried. She’s more focused on the palpable shift in Hollywood toward telling underrepresented stories—something she saw lacking in teenage television she watched growing up.

“I don’t ever remember having that real of a show for a teenager,” Winters says. “I love that our industry is shedding light on the stories about underdogs or about people who used to not have stories made about them. Now we’re making stories about them, and that’s super cool.”