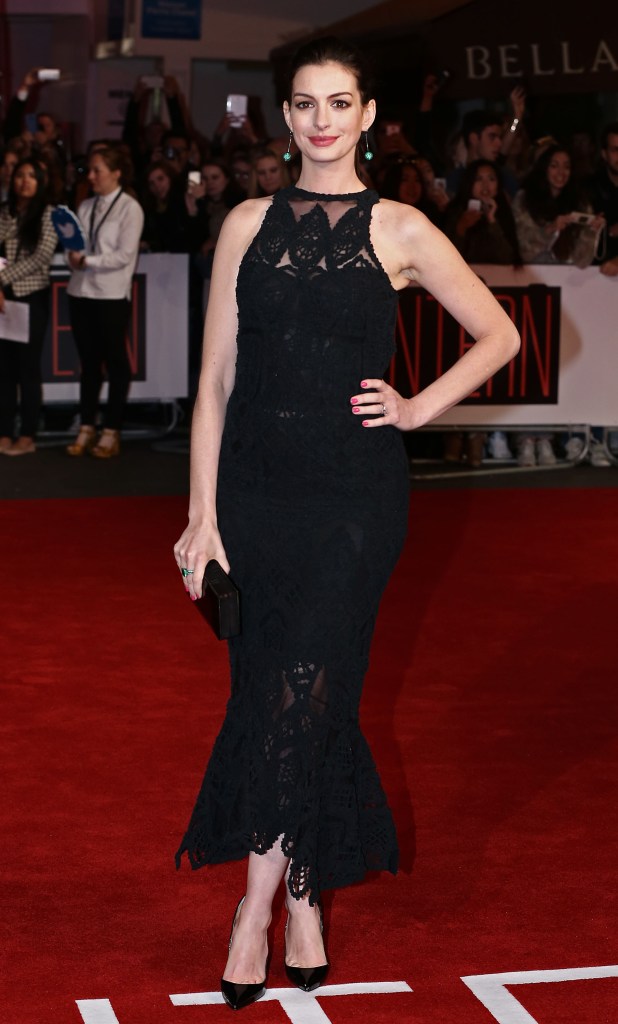 Congratulations are in order to Anne Hathaway, who not only gave birth to a baby boy but also managed to keep it a secret for two solid weeks. Little Jonathan Rosebanks Shulman was born to Hathaway and her husband, Adam Shulman, on March 24 in Los Angeles, E! News reports. The baby, who is destined to be a banker, doctor, or lawyer with that important-sounding name, is “extremely healthy,” a source told E! News.

The 33-year-old actress really took to pregnancy, staying active throughout, verifiably glowing and even stepping up her outfit game. She also called this year her “favorite Oscar day ever” on Instagram, which is saying something, since she won a supporting actress Academy Award in 2012 for Les Misérables. Though she was hugely pregnant, she still attended the awards this year, bump-styling it up in black sequined Naeem Khan like the badass that she is.

The famously private actress is likely going to get even more reclusive now that she’s a mom. Ever attempting to evade the paparazzi, she was already scheming to live a quieter life before she was pregnant: “I really want to have a baby, and my husband and I are like, ‘Where are we gonna live?'” she has said.

No sign of baby pics yet, but if Hathaway has her way, perhaps she will post one to Instagram when the time is right. She famously put a bikini pic of herself on IG when she was six months pregnant, noting, “Posting a bikini pic is a little out of character for me, but just now while I was at the beach I noticed I was being photographed. I figure if this kind of photo is going to be out in the world it should at least be an image that makes me happy (and be one that was taken with my consent. And with a filter :)”