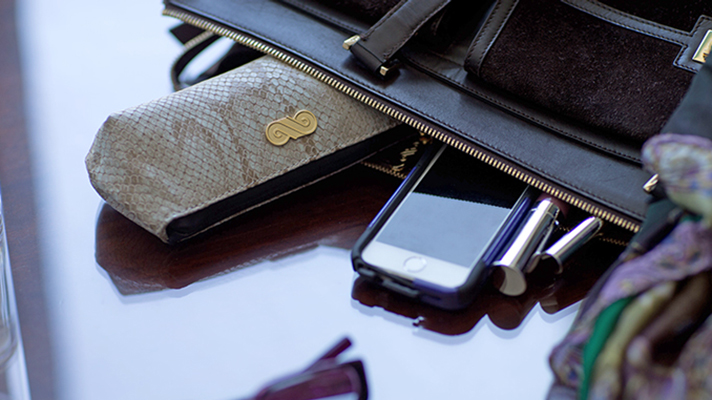 Style and sophistication aren’t exactly the first adjectives that come to mind when you think about carrying around weed in your bag. Grimy baggies, spilled residue, and a telltale aroma that makes you paranoid that old lady you’re sitting next to on the train is judging you hard? Yeah, now we’re talking.

One company, however, is out to change all that: AnnaBis is a line of pouches and handbags designed to mask the smell of marijuana; organize your pipes, pot, and paraphernalia; and look exceptionally presentable in the process. Cofounders Jeanine Moss and Ann Shuch hit upon the idea in 2014 while they were sitting in a parking lot: They were with their friends—all successful career women, all baby boomers, all recreational cannabis consumers—and they wanted to take a few hits before a comedy show.

“We’re pulling out these baggies, and it’s all a mess—Where’s the lighter? Who’s going to roll it? Who’s got a pipe?” recalls Moss. “Finally, one of my friends finds her little kit that has a pipe in it and a lighter and some of her cannabis—it was ugly, but it was together! Meanwhile, we’re sitting in a Mercedes, and we’re pulling out Gucci purses and Vuitton purses. So that was when the light bulb went off.”

So, she set about creating something that women like her—along with style-conscious millennials, wellness-focused weed users, and women prescribed marijuana for medicinal use could all enjoy. Some of the criteria? It had to control odor, it had to be made from high-quality materials, and it had to look great—so much so that you’d want to carry it around even if you weren’t using it to tote your cannabis or your vape pen. 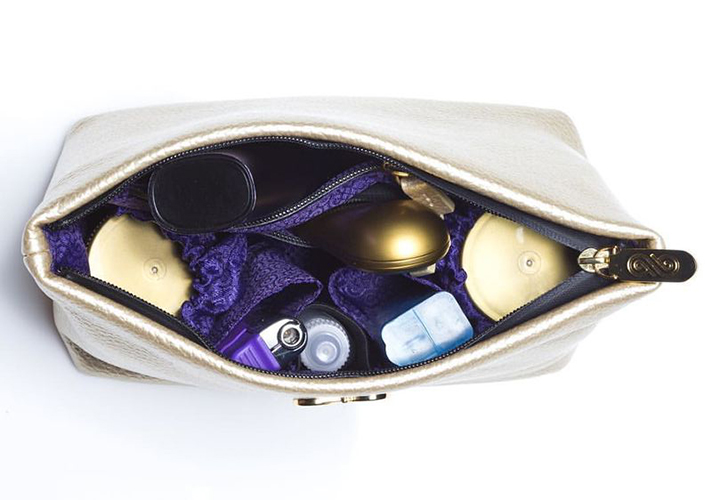 The interior of AnnaBis’s Melissa pouch

To that end, she and Shuch, a Parsons-trained designer whose background includes creating baby bags for Coach (where interior functionality is king), came up with three key silhouettes: the Whoopee Vape Case ($70), a slim zip-top pouch that you can slide into a tote without it looking out of place; the Melissa ($85–$175), a slightly larger clutch or wristlet with zippered side compartments for pipes, pens, or other tools and plenty of room in the middle for gum, eye drops, or any other supplies you might want to keep on hand; and the Chelsea ($295), a cross-body bag with a discreet lower compartment to stash everything you’d need for, say, a music festival. All of the bags feature “Odor-Loc” technology—a thin, flexible resin film that contains the scent, so from the outside, all you smell is leather (or vegan leather, if you choose that option).

While they considered materials that hid the odor from dogs, they settled on something a little less hardcore. “Dogs, if you just had a little residue on your fingers when you zipped it shut, they would find it,” explains Moss. Plus, their core customer isn’t trying to sneak their stash past airport security—they just want it not to spill out of their bag onto a conference room table—something Moss understands well after a 30-year career in marketing with some of the most conservative companies in the country, including the Department of Defense.

“If you wanted to just control scent, you can buy heavy-duty plastic bags that are made for that purpose,” she says. “But the whole idea is to look good and be convenient and be odor-controlled and enjoy it and give it the same dignity that you give your wallet, your iPhone case, your iPad case—it’s an expression of you and your style.” 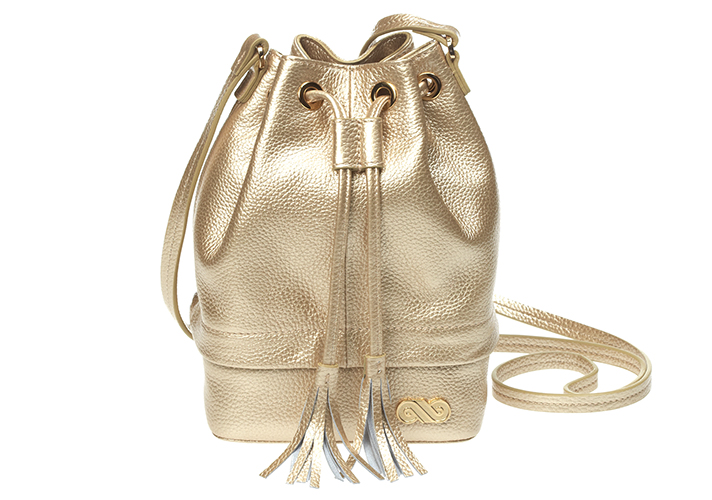 With the marijuana legalization movement gaining momentum around the country, increasingly, attention is being directed toward the previously overlooked female segment of the market—women make up nearly half of all marijuana users in the US, according to the most recent National Survey on Drug Use and Health. There are new players in the market, including Whoopi Goldberg, who recently announced she’s launching a line of cannabis wellness products, as well as Foria, makers of “weed lube” and insertable cannabis for period pain.

Still, AnnaBis stands out in the field of luxury leather goods, and for that they’re earning attention—and investment dollars—from key players throughout the cannabis industry. “It’s a totally new category, and it addresses a need,” says Moss, adding that because their product doesn’t “touch the plant,” in industry parlance, it’s an attractive place for venture capitalists to put their money.

And for everyone else, well, it’s an attractive place to put your pot. And that’s been a long time coming.