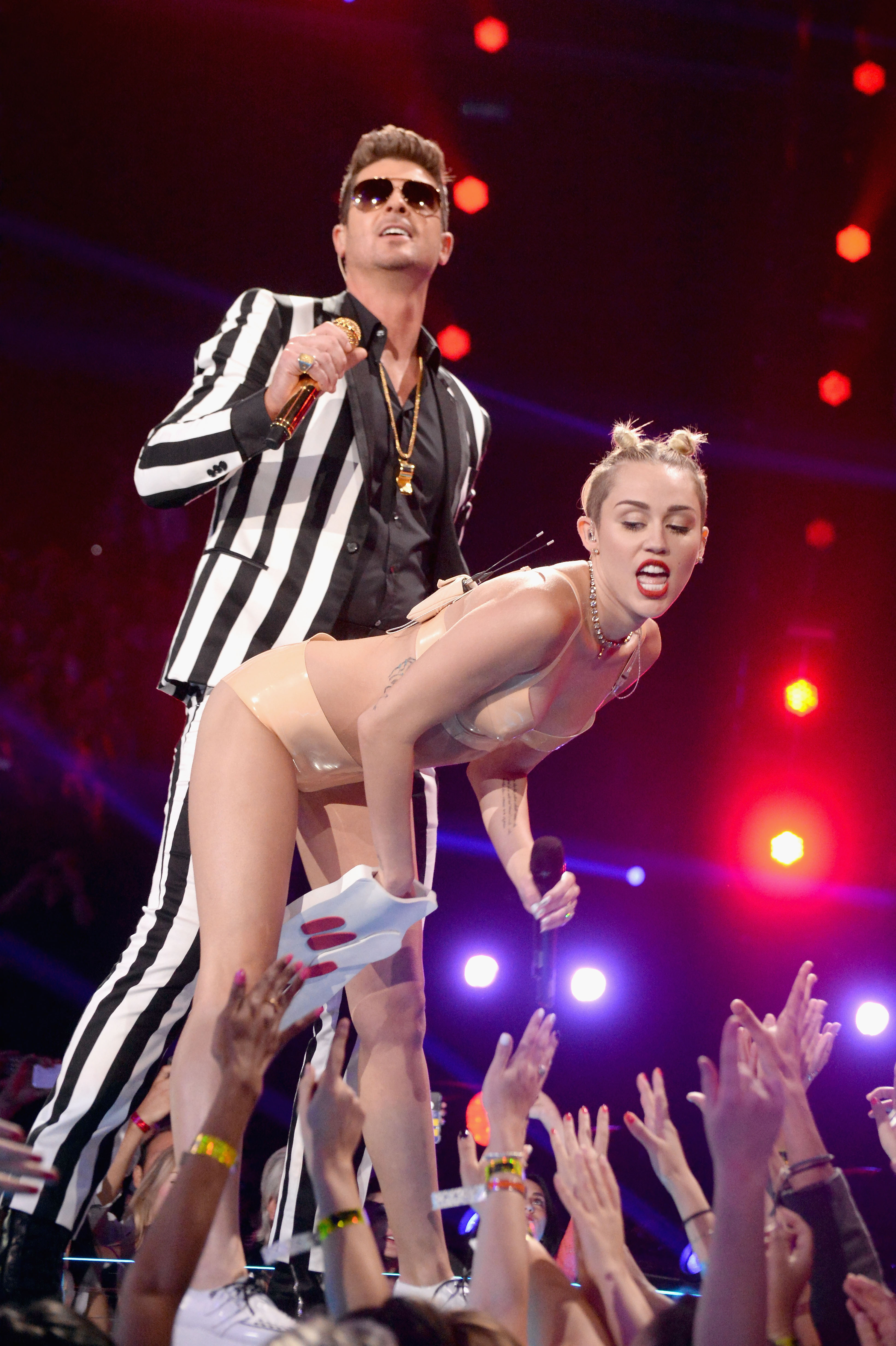 One of pop culture’s most divisive issues today is without a doubt Miley Cyrus‘ twerking. The 20-year-old former Disney star’s penchant for lascivious dance moves has been praised by high-profile folks like Jay Z, but not everybody is pleased with Cyrus’ behavior—and apparently, she’s seriously pissed off someone in particular: powerful editrix Anna Wintour.

More: See the Best GIFs From the MTV VMAs

According to The Daily Mail, noted fashion fan Cyrus was lensed for the upcoming December issue of Vogue, but after Wintour caught wind of her controversial performance at the MTV VMAs with Robin Thicke, she killed the story. In case you need a refresher, Cyrus took the stage at the August 25 event in New York to duet on Thicke’s smash single “Blurred Lines.” Sadly, their vocals were overshadowed by Cyrus grinding on the 36-year-old married father’s genital area.

“Anna found the whole thing distasteful,” a source told the British paper. “She decided, based on Miley’s performance, to take the cover in a different direction.” While Vogue or Cyrus’ team hasn’t commented, we believe this story is true. Cyrus’ hotly anticipated album Bangerz is due for an October 8 release, so it would make sense for her to cover a hot December issue, and considering she’s been upping her profile in the fashion industry as of late, this would clearly be an amazing promotional vehicle.

Even though we understand where Wintour is coming from—we can’t really see Lauren Santo Domingo or another one of her Vogue darlings twerking (unless it’s at a private Alexander Wang after party)—we’re a little bummed. Here’s hoping they can work something out!

What do you think of Anna Wintour axing the Miley Cyrus Vogue cover?