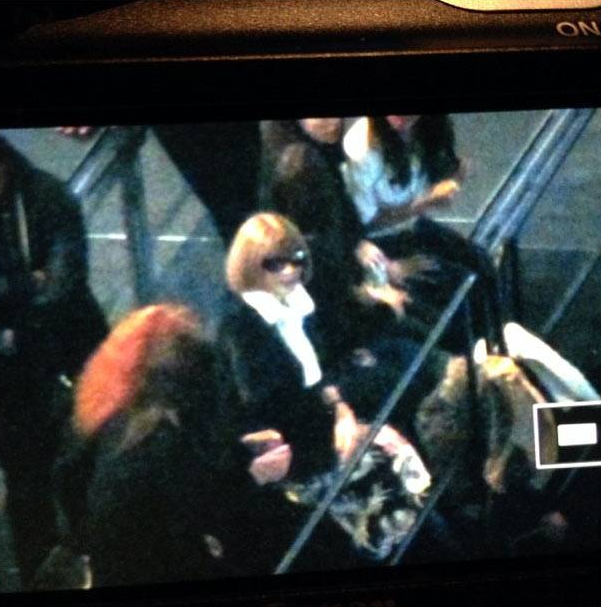 If we needed just one more thing to happen to make Kim Kardashian’s rumored/dreaded Vogue cover seem like an imminent possibility, here it is. While it’s shocking that Coddington and Wintour would even ever travel to Brooklyn for any reason, the fact that they actually sat in seats for a Kanye West performance is nearly beyond belief. And they weren’t even in the front row. 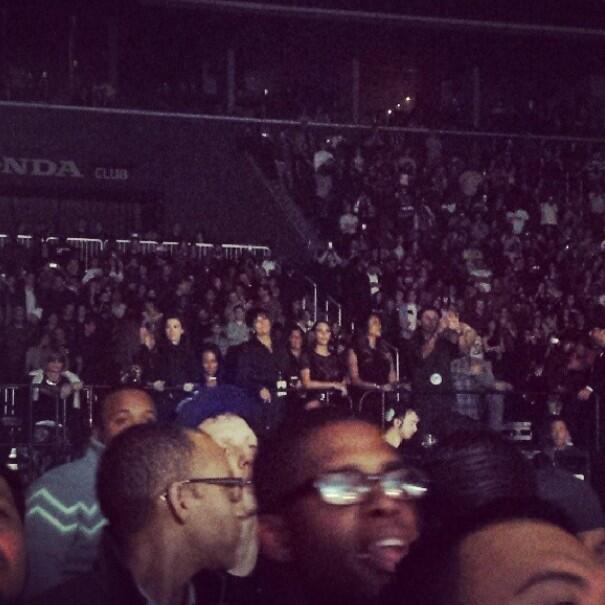 Most of the photos that prove this occurrence actually took place aren’t that great, because they come from people’s smartphones, but they’re good enough to tell that it did indeed occur. Coddington’s giant red ‘fro and Wintour’s bob haircut and dark black sunglasses are both unmistakable. And next to them, it’s Kim, Kris, a couple other folks, and Cheban rounding out the crew.

Here’s our theory: West has some kind of co-beneficial relationship with the Vogue crew that directly involves Kim. If we had to guess, Kim probably invited the editors as her guests to Kanye’s show, as part of a “thank you” package for having her on a forthcoming cover. Or, perhaps, as part of a leveraging deal to help get her onto the cover.

And although we, for one, are totally over Vogue’s tendency to put out stale, elitist covers in the past, and think it behooves them to include contemporary celebs on the cover—we don’t doubt there will be quite an upheaval in the fashion world when and if Kim graces the cover.

So, what do you think? Is the fact that Anna, Grace, and Kim all sat together at Kanye’s show evidence of a pending Vogue cover for the reality star? 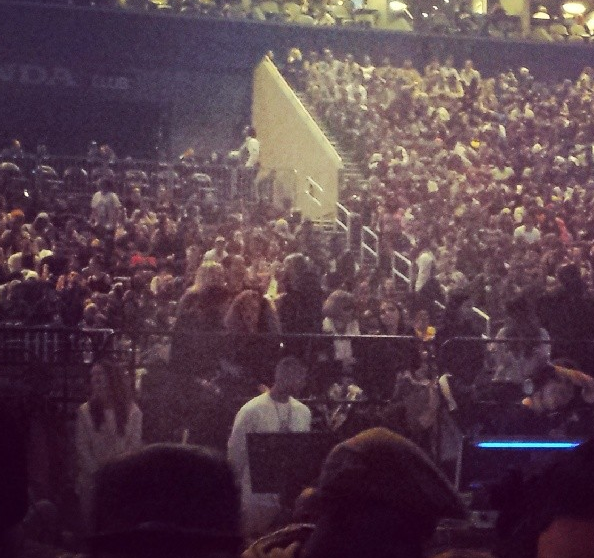