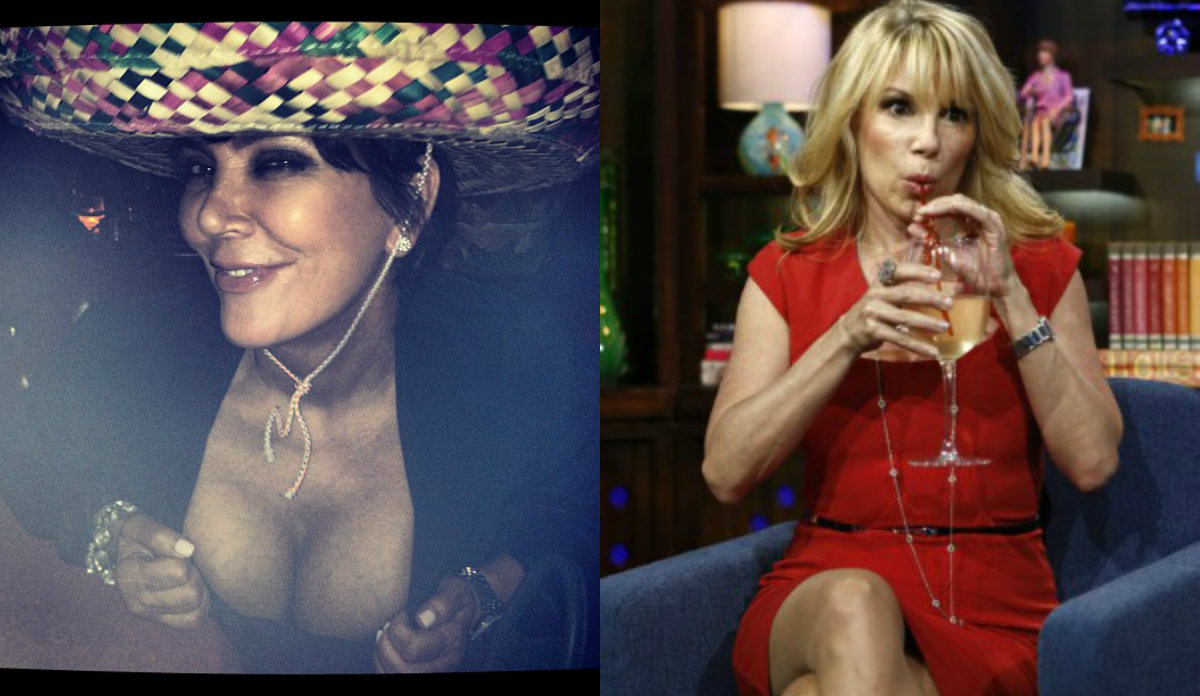 When Kim Kardashian showed up in a floral gown by Riccardo Tisci at last Monday’s Met Gala (not to mention dined the night before at Anna Wintour‘s New York townhouse in head-to-Prada) the fashion world was more than a little shocked. Had the legendary Vogue editrix who’d previously expressed distaste for the pregnant reality starlet finally let up? In other words: Had pigs started to fly?

Well, as it turns out, just because Wintour let Kim in doesn’t mean the rest of her famous family has carte blance to traipse around in couture on fashion’s biggest night.

According to Radar Online, upon receiving a desperate request from 57-year-old Kardashian momager Kris Jenner to attend the ball, Wintour firmly stated: “One Kardashian is enough!” A source explained that just because Kardashian was invited (no doubt thanks to her boyfriend, style-setting superstar Kanye West) doesn’t mean that Wintour is looking to change the tone of the event. “Anna wants a parade of stars at the gala, not a parade of reality stars!”

Also on the Met Gala “rejected” list? “The Real Housewives of New York City,” who were reportedly clamoring to shell out big bucks for a table at the prestigious event. Wintour thought it better to have the Pinot Grigio-swilling bunch keep their antics elsewhere—and understandably so. The last thing she needed was Bravo’s first ladies getting into a scuffle and knocking cheap wine onto Lauren Santo Domingo‘s Dolce & Gabbana gown. The horror!

What do you think of Anna Wintour banning the “Housewives” and Kim’s mom?