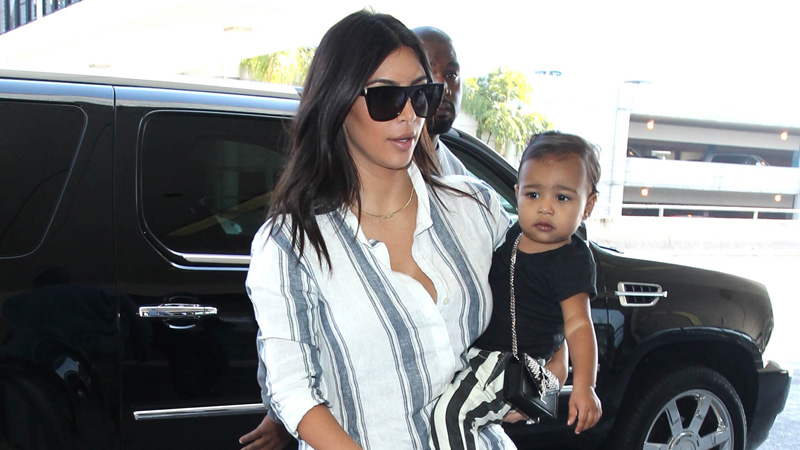 Since the day Kim Kardashian and Kanye West announced that they were expecting, everyone from late night talk shows hosts to internet commenters joked about the possibility that they would name their spawn North, given that that first name would mean their child’s full name would be North West. But apparently the couple wasn’t that into the name until both Vogue editor Anna Wintour and Pharrell Williams gave it the thumbs up.

Kardashian explained in the recent issue of British GQ: “It was a rumor in the press and we’d never really considered it seriously, at all, but Kanye and I were having lunch […] about a year ago and Pharrell came over to us and said ‘Oh, my God, are you guys really going to call your daughter North? That is the best name.’ I said ‘No we’re not, that’s just a rumor.'”

Bizarrely enough, Wintour also stopped by their table (because that’s what happens when you’re a Kardashian.) “Then a little while later Anna Wintour came over and asked the same thing,” Kardashian added. “She told us ‘North is a genius name.'” Interestingly, this isn’t the first time we’ve heard that Wintour gave her blessing to the name North, but it’s definitely the first time Kardashian has spoken openly about it.

Fashion’s biggest influencer and Pharrell? The couple apparently took it as sign. “Kanye and I looked at one another and just laughed. I guess at that point it sort of stuck.”

There you have it, that’s how the name North West came to be. Now we only wonder what North’s opinion on it will be when she’s old enough to talk.