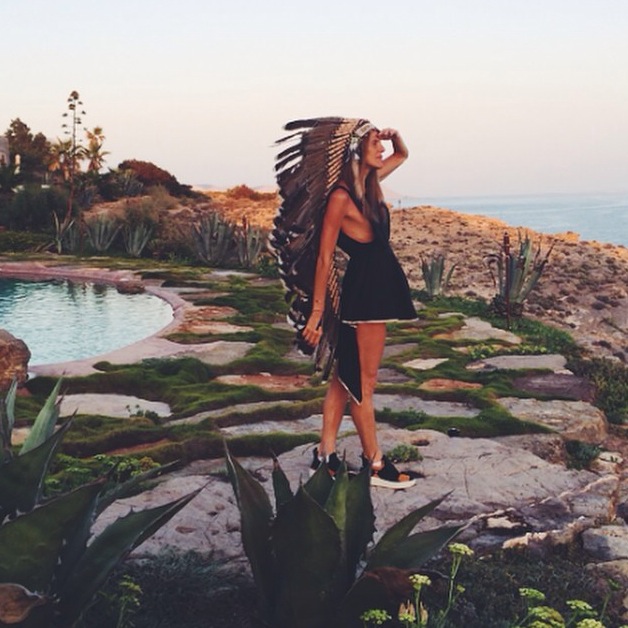 The debate over headdresses-as-fashion, and the high profile stars who apologize for wearing them, has been a recent issue in the industry, so it seems odd that someone so seemingly plugged in would think wearing one on Instagram for no reason was a wise idea.

Before ADR, Karlie Kloss was outfitted in Native American garb, complete with a giant headdress in the 2012 Victoria’s Secret Fashion Show, while Chanel sent one down the runway this past December. And just this June, Pharrell Williams sported one on the cover of Elle UK. All instances included a predictable media frenzy followed by public apologies.

Headdresses also have taken over by (not Native American, it should be noted) attendees at music festivals like Coachella and Bonnaroo—and have even been banned from some including Bass Coast festival in British Columbia.

With all the discourse around cultural appropriation and insensitivity, why in the world would a prominent figure in the fashion industry like Dello Russo would wear such a controversial garment so proudly? 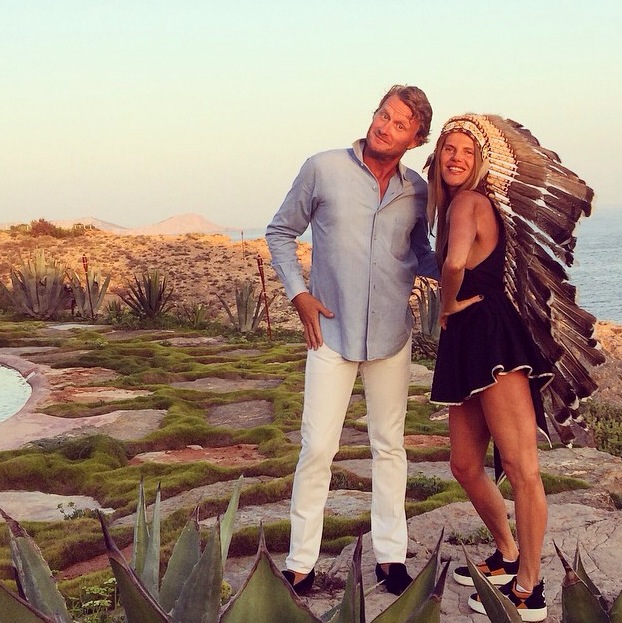 Not surprisingly, ADR’s followers took her to task:

@amaninmiami: You don’t see people wearing [yarmulkes] for fashion purposes, or to make a “look.” Headdresses should be treated in the same fashion.

@katscorps: “Hopefully one of these days you will actually try to find out the significance of these headdresses and realize what you are doing.”

@linaorra: “let’s say you’re a Christian and someone tears up pages of the bible and glues them on to a dress. That’s kinda the same thing here. We should respect things that are sacred to other people.”

@alexa_vaan_godsenburg: “Why can’t people understand that this headpiece is not fashion, its tradition and a sign of respect intended only for male native/indian americans this is so ignorant and unnecessary! You wouldn’t grab a veil and prance around Ibiza with it!!! #CulturalAppropriation”

@marianaacolombo: “[thumbs down] That’s a sacred symbol for Native Americans, not a fashion statement. Not cool.”

@amielindiwe: “Despite everything that is said about the issue…Some people clearly have been blissfully living under a fashion rock, or couldn’t care less” 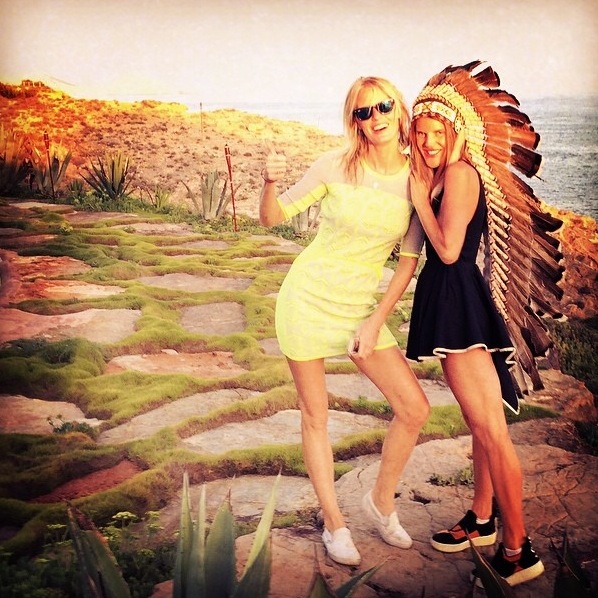 Other commenters came to the fashion maven’s defense, saying that she probably just didn’t know it was offensive or that she was just really liked the way intricate piece looked, with no harm intended. But it’s hard to believe that she—or all the friends she posed with—are that ignorant.

So, why is wearing headdresses so disrespectful? First, they’re considered stereotypes of Native Americans when worn by people who aren’t familiar with the culture. There are over 500 individual tribes in America—all with unique characteristics—and wearing a generic imitation headdress cages them into one big generalization.

Headdresses also have deep cultural and spiritual significance. Traditionally, they’re only worn on special, ceremonial occasions by a male chief, and never by women (let alone a supermodel wearing lingerie, or a brand-name loving editor). Feathers are earned and have different meanings for different tribes.

Plus, this “trend” downplays some serious historical moments of violence over the last half-millennium. Even after decades of suffering through genocide and colonialism, Native Americans were not granted citizenship until 1924 and their religious rights weren’t officially protected until 1978, making sensitivities relatively recent. 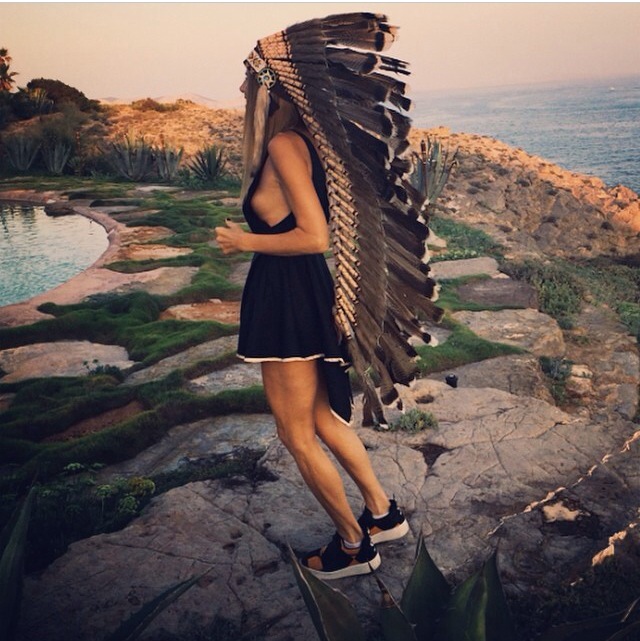 It’s hard to argue with the fact that Native American headdresses are aesthetically beautiful, but so are most things Dello Russo has access to, making this choice especially odd.

Normally, we applaud the Italian editor for her devil-may-care approach to fashion, but we just can’t get on board with this one.

What do you think of Dello Russo’s  photos? Weigh tin Below. 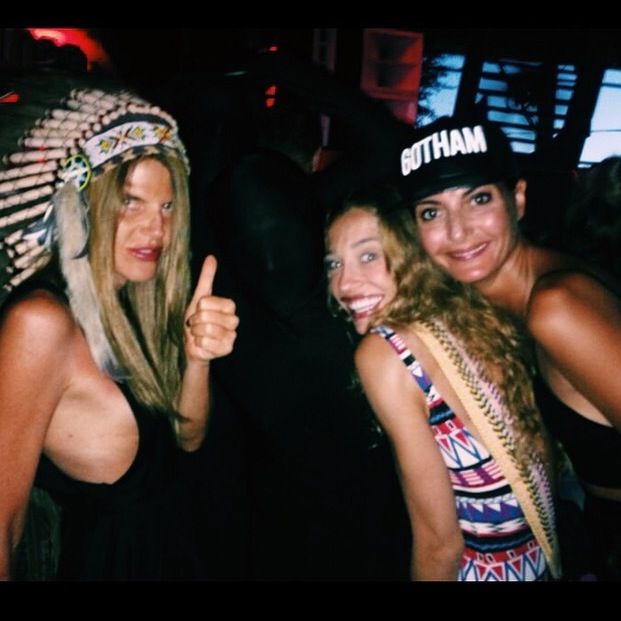