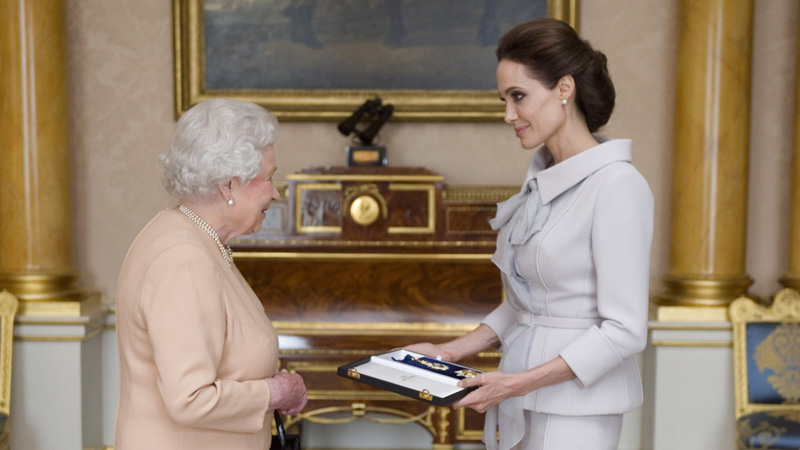 MORE: Brad Pitt and Angelina Jolie Are Reuniting on the Big Screen

Because Jolie is not a British citizen, she received an Honorary Dame Grand Cross instead of the formal title of Dame. The title does carry some weight, and Jolie can actually place “DCMG” by her name from now on. Jolie received the award because of her humanitarian work, particularly her efforts to combat sexual violence in war-torn areas like the Democratic Republic of the Congo.

“To receive an honor related to foreign policy means a great deal to me, as it is what I wish to dedicate my working life to,” Jolie said. “Working on PVSI and with survivors of rape is an honor in itself. I know that succeeding in our goals will take a lifetime, and I am dedicated to it for all of mine.”

From carrying a vial of blood around her neck to dame. Yes, Jolie continually proves that anything is possible.