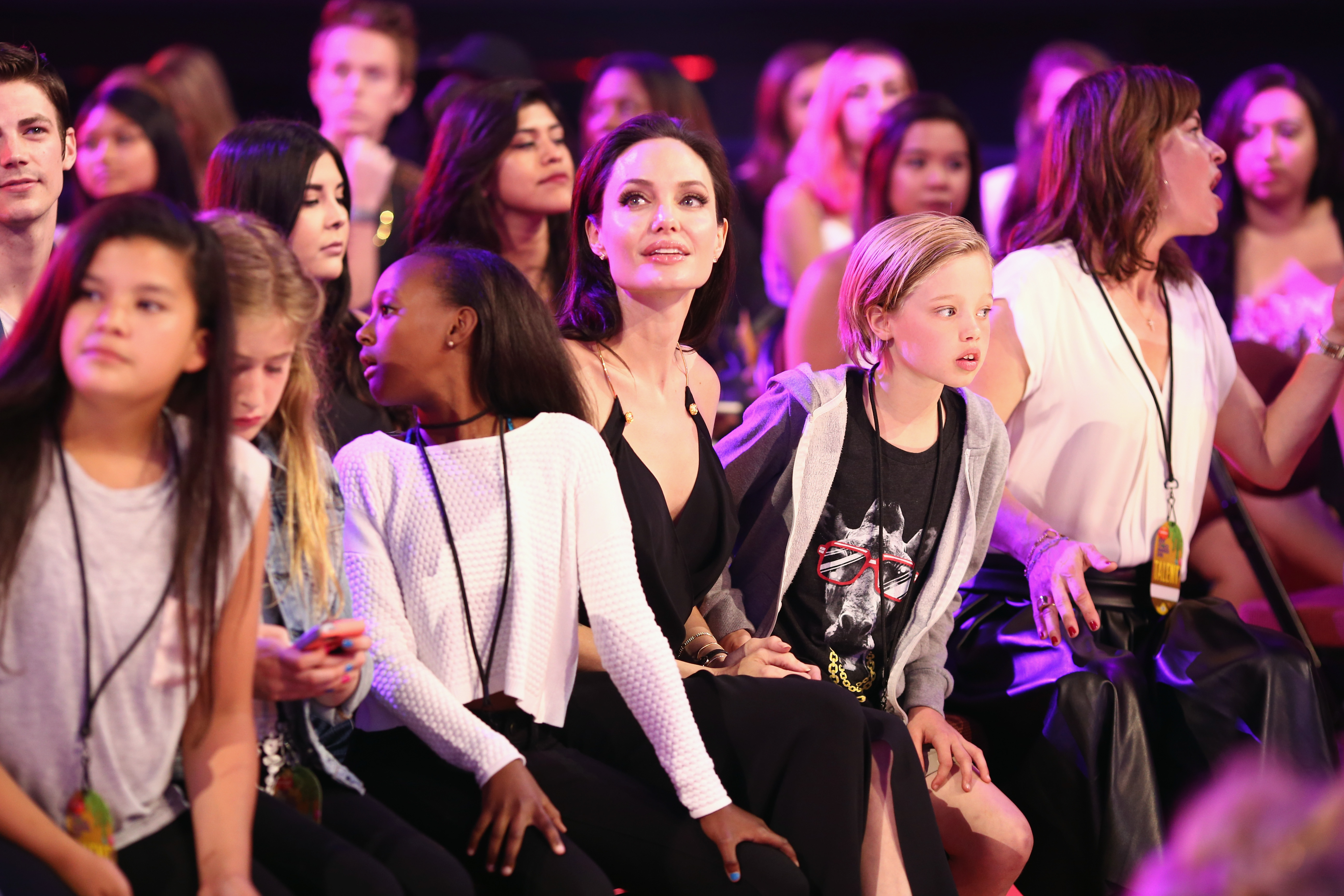 Angelina Jolie not only attended the Nickelodeon Kids’ Choice Awards on Saturday night—her first appearance since revealing she had her ovaries removed in a New York Times op-ed—but she also bagged a prize for Favorite Villain for her role in “Maleficent.”

While accepting her award, Jolie, 39, delivered a poignant speech to the young audience—which included two of her daughters Shiloh, 8 and Zahara, 10

“When I was a kid I was told, like Maleficent, that I was different. But then I realized something: different is good. So maybe you don’t fit in. Be yourself. And when someone tells you that you are different just smile and hold your head up, and be proud. And as your villain, I would say, ‘Cause a little trouble. It is good for you!'”

It’s been a big week for the Oscar winner: On Monday, Angelina detailed her decision to remove her ovaries and fallopian tubes after a cancer scare, and—as a result—would no longer be able to bear children. The article, titled “Angelina Jolie Pitt: Diary Of A Surgery” was published two years after a she wrote a previous op-ed detailing her decision to have a double mastectomy to prevent breast cancer.

Judging by the Kids’ Choice photos, it appears Angie had genuine fun at the event on Saturday, and so did her adorable girls, who cheered like crazy when their mom won her award. Aw. 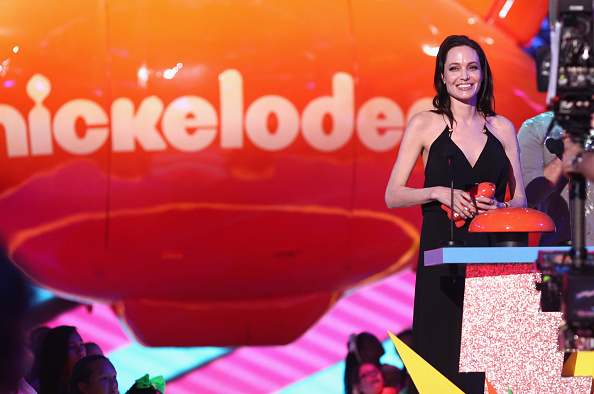 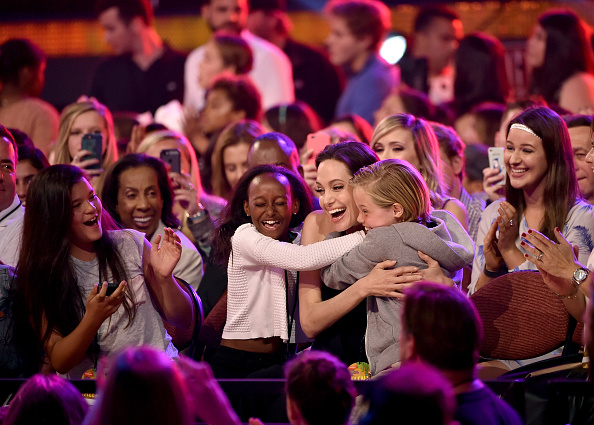 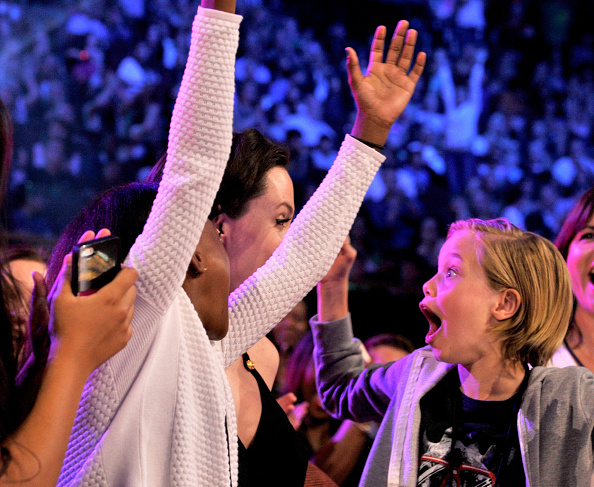