Since he became Spider-Man, fans have wanted more about Andrew Garfield’s girlfriend and who will be the Gwen Stacy to his Peter Parker.

Garfield, who was born in Los Angeles on August 20, 1983, and moved to England when he was 3 years old, has dated stars like Emma Stone and Rita Ora. In an interview with IMDb in 2019, Garfield admitted that he believes in love at first sight, though doesn’t know if he wants a traditional family. “Yes, I do believe in love at first sight but I also believe that you would love absolutely anybody if you knew their story,” he said. “I believe that the modern notion of romantic love is seriously misguided and it creates a lot of problems in our modern world.” He continued, “I believe that we need to reevaluate this idea that we have of the nuclear family, this idea that we have of two-point-four children, this idea we have that it’s Adam and Eve and not Adam and Steve. I believe it’s possible for all of us to be in love all the time with ourselves and everyone around us.”

In an interview with Cinema Blend in 2010, Garfield called his first breakup the “greatest pain” he’s ever felt. “I remember the first time I broke up with someone. It was the greatest pain ever,” he said. “It made me never want to love again. We all know that feeling. So you do everything you can to distract yourself.” Though he’s had some public relationship over the years, Garfield also told Bustle in 2021 that he likes to keep his personal life private. “I’m not in the public eye to a great degree because I’ve designed it that way for myself. For my work, I’m fine with it, but otherwise I fight for my right for a private, personal life. My right to be ordinary. My right to be a mess. My right to be sorrowful. My right to lose, to get it wrong, to be stupid, to be a person,” he said.

He also talked about his belief in monogamy. “If you’re in a committed monogamous relationship, there’s something very beautiful about the sacrifice of other possibilities,” he said. “You make that connection sacred and it intensifies the joy of it and the specialness of it.” 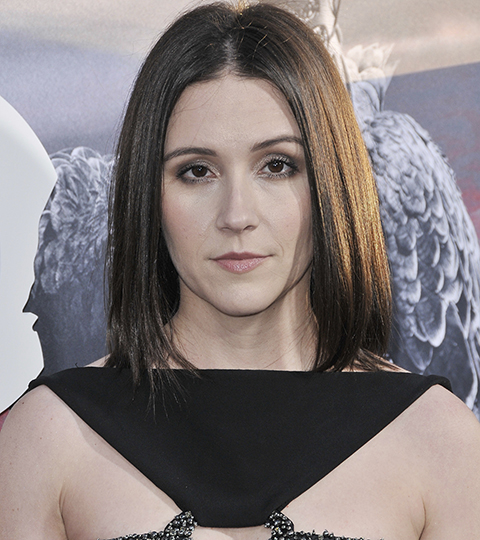 Andrew Garfield and Shannon Woodward, an actress who has starred on shows like Westworld and Raising Hope, dated from 2008 to 2011. “I think my girlfriend is proud of me and the fact that I’ve remained grounded. I think I’m just busier. That’s the main thing,” Garfield told Parade in 2010 after the release of The Social Network. “She travels with me when she’s not working. Whenever we have time, we’re together.”

Garfield and Woodward split in May 2011 after three years together. A source told Us Weekly at the time that the two had grown apart as “he got deeper into filming” The Amazing Spider-Man, where he met his next girlfriend, Emma Stone. “He literally never saw her,” the insider said. According to the source, Garfield and Woodward hadn’t spoken to each other in weeks before their split, with Woodward “telling people they’re on a break.” In February 2021, Woodward came out as queer on Twitter. “my queerness was never something I wanted to talk about with strangers, not because it was literally ever a secret (it was never a secret). it just… is mine,” she tweeted at the time. 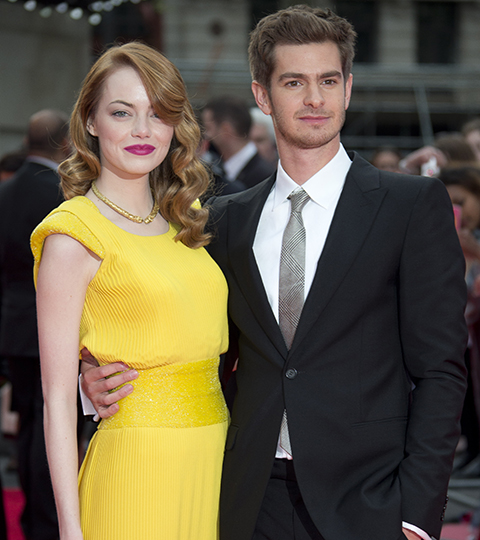 Andrew Garfield and Emma Stone started dating in 2011 while filming The Amazing Spider-Man, in which they played love interests Peter Parker (a.k.a. Spider-Man) and Gwen Stacy. In an interview with MTV News in 2012, Garfield recalled his “instant connection” with Stone while filming the movie. “We got on really well as people, in between [takes],” he said. “That was the fun stuff: In between, we’d just mess around, and I felt, ‘Ah, this is different.’ I wasn’t really aware what was happening in the screen test. She keeps you on your toes, and that wakes you up. That was the beginning.” Garfield told Teen Vogue at the time that he knew there was something special about Stone when he met her at her audition. “It was like I woke up when she came in… It was like diving into white-water rapids and having no desire to hang onto the side. Throughout shooting, it was wild and exciting,” he said.

In an interview with The New York Times in 2021, MCU Spider-Man producer Amy Pascal revealed that she told Holland and Zendaya, as well as Garfield and Stone not to date each other after Maguire and Dunst’s breakup in the middle of the Spider-Man movies. “I took Tom and Zendaya aside, separately, when we first cast them and gave them a lecture. Don’t go there—just don’t. Try not to,” she said.  “I gave the same advice to Andrew and Emma. It can just complicate things, you know? And they all ignored me.”

Garfield and Stone split in 2015 after four years together. A source told Us Weekly in October 2015 that the couple split a “couple months ago” but remain friends. “They still have a lot of love for one another and they are on good terms with each another and remain close,” the insider said. “It just wasn’t working.” A source also told People at the time that there was “no drama” in Garfield and Stone’s breakup and confirmed that the two ended their relationship on good terms. “There was no drama, they’ve been apart while working. They still care about each other,” the insider said. “They still have love for one another. They are on good terms with each other and remain close.”

Long distance could have also been the reason for Stone and Garfield’s breakup. Stone and Garfield’s split came four months after a source told People in April 2010 that the two were taking a break due to long distance. Garfield at the time was filming his movie Silence in Taiwan, while Stone was in Los Angeles for the Golden Globes and Oscars, where she was nominated for Best Supporting Actress for her role in Birdman. “He’s thrown himself in the project to the detriment of all else,” the insider said. But it’s too early to say the relationship is over.” The source continued, “Emma understands his work anxieties—it’s why she originally pulled out of Cabaret last year and only did it this year—but they’re taking a break from seeing each other. They’re both a slave to their schedules. This time last year they were privately discussing marriage.”

The insider also explained that Stone and Garfield had decided not to split officially until the next time they saw each other. “It’s one of those situations where only Andrew and Emma quite know if they’ll pick up where they left off or they’ve separated,” the source said. “They are just separated for work. Andrew is overseas. They are both busy with their careers and have not seen each other.” A source also told Us Weekly at the time that Stone and Garfield’s relationship ended due to the “dark place” Garfield was in as he was filming Silence, in which Garfield plays a 17-century Jesuit and lost 40 pounds for. “He’d been in a dark place for months, getting into his role,” the insider said. “He wasn’t being the best partner.”

In 2017, two years after her breakup from Garfield, Stone started dating Saturday Night Live director Dave McCary. They got engaged in December 2019 and married in 2020. The two welcomed their first child together, a daughter named Louise Jean McCary, in March 2021. The name was a tribute to Stone’s grandmother, Jean Louise. Jean is also Stone’s middle name. 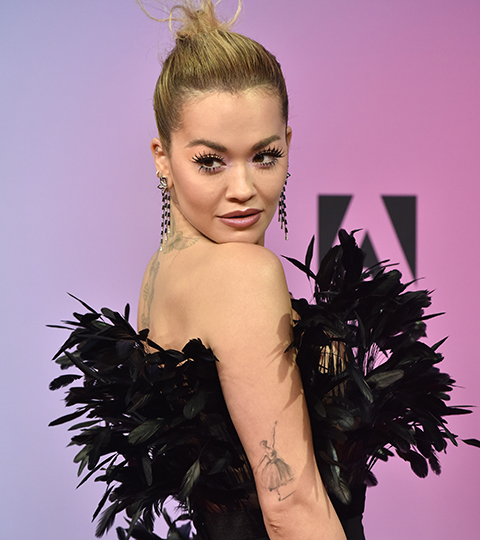 Andrew Garfield and Rita Ora, a British singer who’s known for songs like “RIP” and “Poison,” were first linked in November 2018. On Christmas Eve, they were photographed holding hands in London’s Primrose Hill district. “Rita let slip to pals about her brewing romance about a month ago,” a source told The Sun in November 2018. “But in recent days things have started to heat up and she says what they have is the real deal. It is still very early days but they like each other and are seeing what happens. Their schedules make things difficult but they have a real connection.”

Rita dodged a question about Garfield in an interview with SiriusXM Hits 1 in January 2019, where she was asked if she preferred Garfield or Tobey Maguire as Spider-Man. “You’re making me wake up this morning,” she chuckled. “I don’t watch Spider-Man. That’s my answer,” she said.

The two broke up in March 2019 after four months together. “The relationship just fizzled out. It’s sad but they have both accepted the situation and moved on,” a source told The Mirror at the time. According to The Sun, Garfield was the one who ended the relationship. “Rita is cut up about the whole situation,” the source said. “Andrew split up with her recently and it’s been hard going as they had spent a lot of time together. They spent Christmas together and she thought things were going well between them.” The insider continued, “Her career is going from strength to strength and lives her life in the spotlight but he told her he wanted to lead a more private life. Rita had tried to do that and had kept their romance off social media but things didn’t work out. She is currently on tour in Australia and is using it to distract herself from the whole situation.” 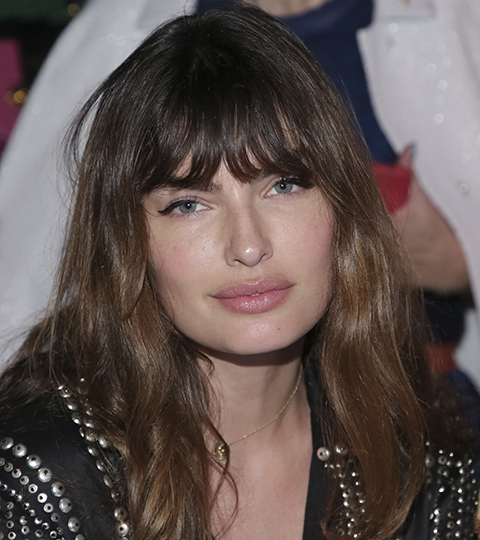 Andrew Garfield and Alyssa Miller, a model, were first linked in November 2021 when they were photographed holding hands in New York City. Miller was born in Los Angeles, California, and has modeled for brands like Chopard, La Perla, Elie Tahari, Laura Biagiotti and Guess, as well as been featured in magazines like Vogue. She’s also posed for Sports Illustrated’s Swimsuit Issue in 2011 and made a cameo in the 2015 Entourage movie. She also launched her own travel line, Pilgrim, which includes handbags, luggage and travel accessories in 2018.

Before her relationship with Garfield, Miller was married to musician Can Avery. They married in April 2018 before separating in November of that year. She’s also dated Jake Gyllenhaal, who played Mysterio in 2019’s Spider-Man: No Way Home and almost replaced Tobey Maguire as the character for Spider-Man 2. The two split in 2014.