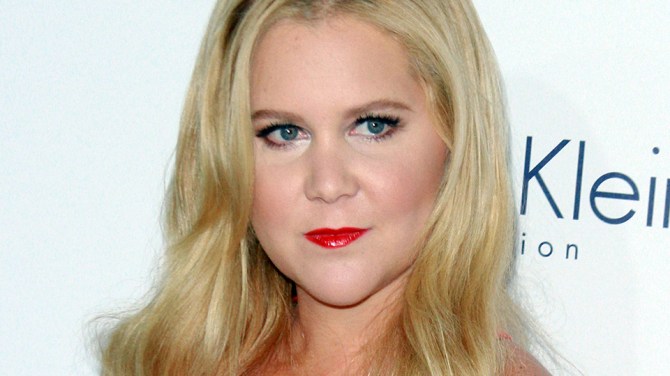 We’re always looking to Amy Schumer to make us laugh, but things aren’t so funny for the “Trainwreck” star at the moment.

The 34-year-old comedienne has been accused of stealing jokes from not just one, but three other women and pawning them off as her own in both “Trainwreck” and her hit Comedy Central show, “Inside Amy Schumer.”

According to E! News, fellow comediennes Wendy Liebman, Kathleen Madigan, and Tammy Pescatelli claimed on Twitter that Schumer’s jokes were far from original, and had in fact, plagiarized theirs. The thread was later deleted from social media.

For her part, Schumer has denied the accusations wholeheartedly.

“On my life, I have never and would never steal a joke,” Schumer wrote on Twitter last night.

On my life, I have never and would never steal a joke.

Though we’d be the first to point out that saying that you didn’t do something on Twitter doesn’t mean you didn’t do it, Schumer seemed to be reading our minds, and called into the “Jim Norton Advice Show” on Sirius Radio today, saying that she’d be willing to “literally” take a polygraph test to prove her point.

“I’m being accused of stealing jokes, and I wanted to come and talk to you about it and clear my name because I would never ever do that and never have,” she said. “I’m so careful.… I will literally take a polygraph. And I just would never do that. That would be so stupid for me to do that.”

Whether or not there’s truth to this particular Twitter feud—and at this point, it’s a she said, she said—we’ll be sure to catch Amy’s HBO Special, “Live from My Polygraph Test.”