Just another reason for the world to shower Amy Schumer with endless adoration: The comedian stole—nay, downright robbed—the spotlight from Kim Kardashian and Kanye West at the TIME 100 Gala on Tuesday night in New York.

Schumer pretended to trip and collapse directly in front of the infamously media hungry couple, and—suffice it to say—they did not look amused. 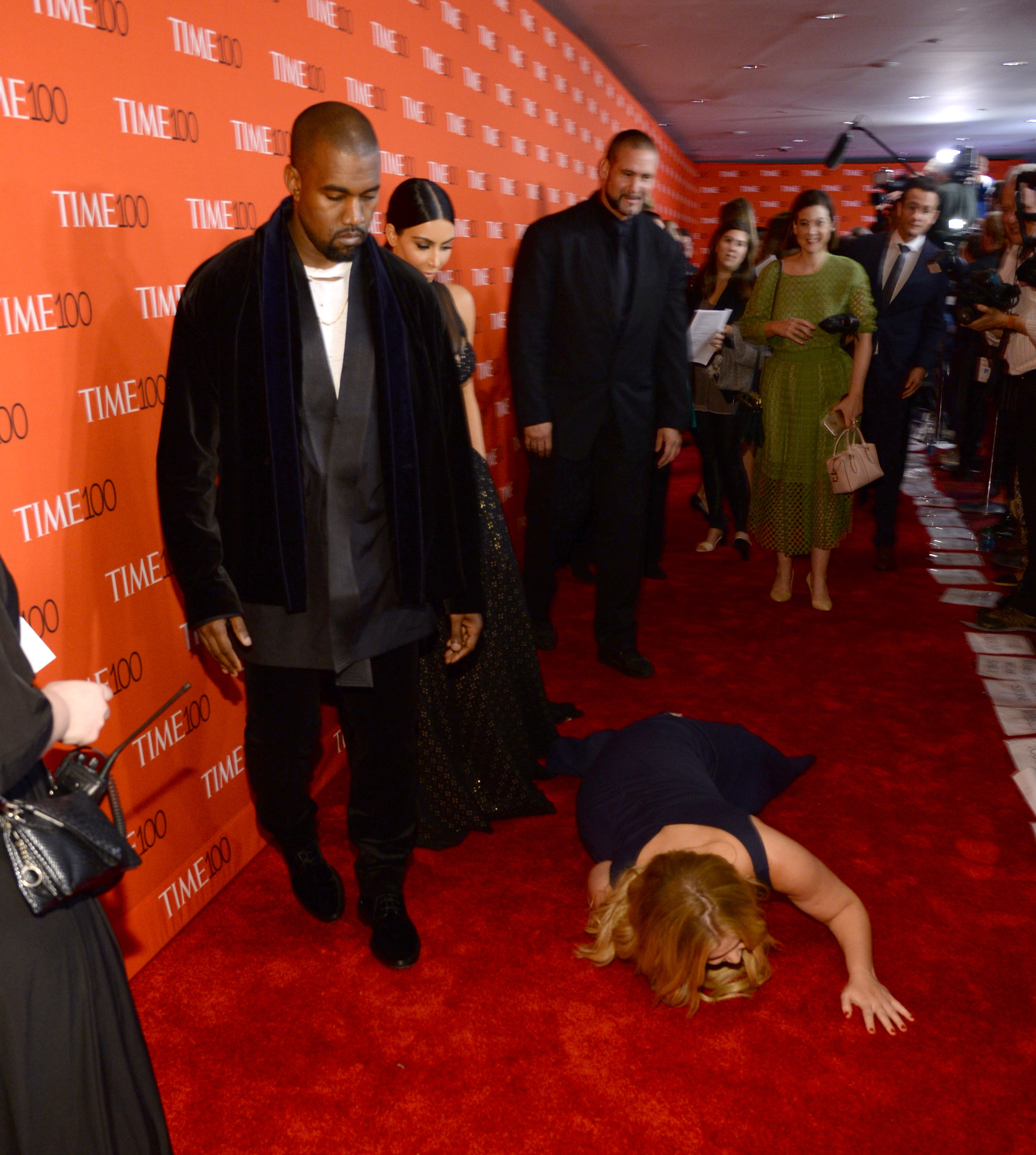 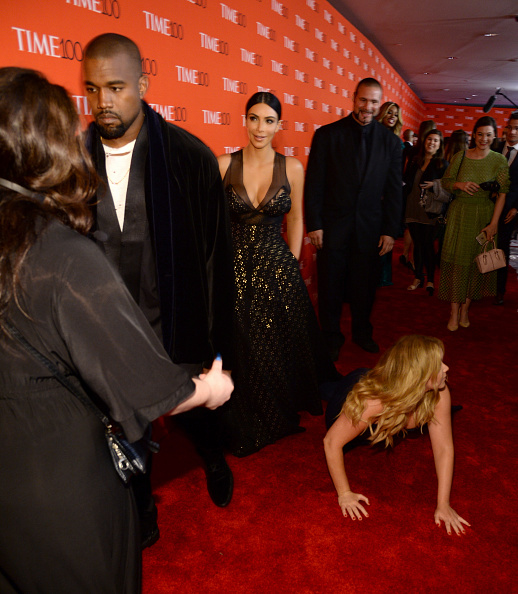 Okay fine, Kim looked a little amused, but her husband—who Time magazine believes is so influential they put him on the cover of the yearly issue—looked like Taylor Swift just won an MTV Awards instead of Beyoncé (read: not happy.)

Still, Kanye must have designed to let Amy into the gala, judging by the photo she and Kim snapped together. 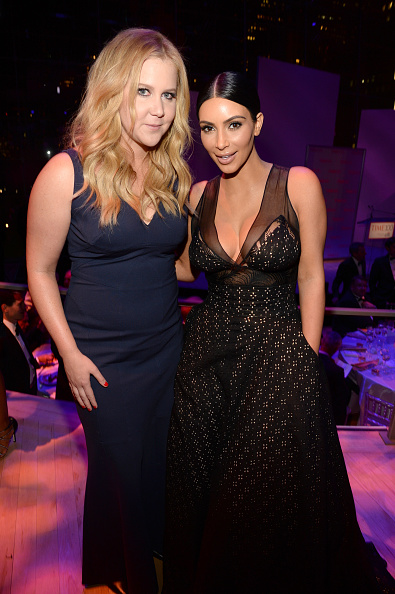