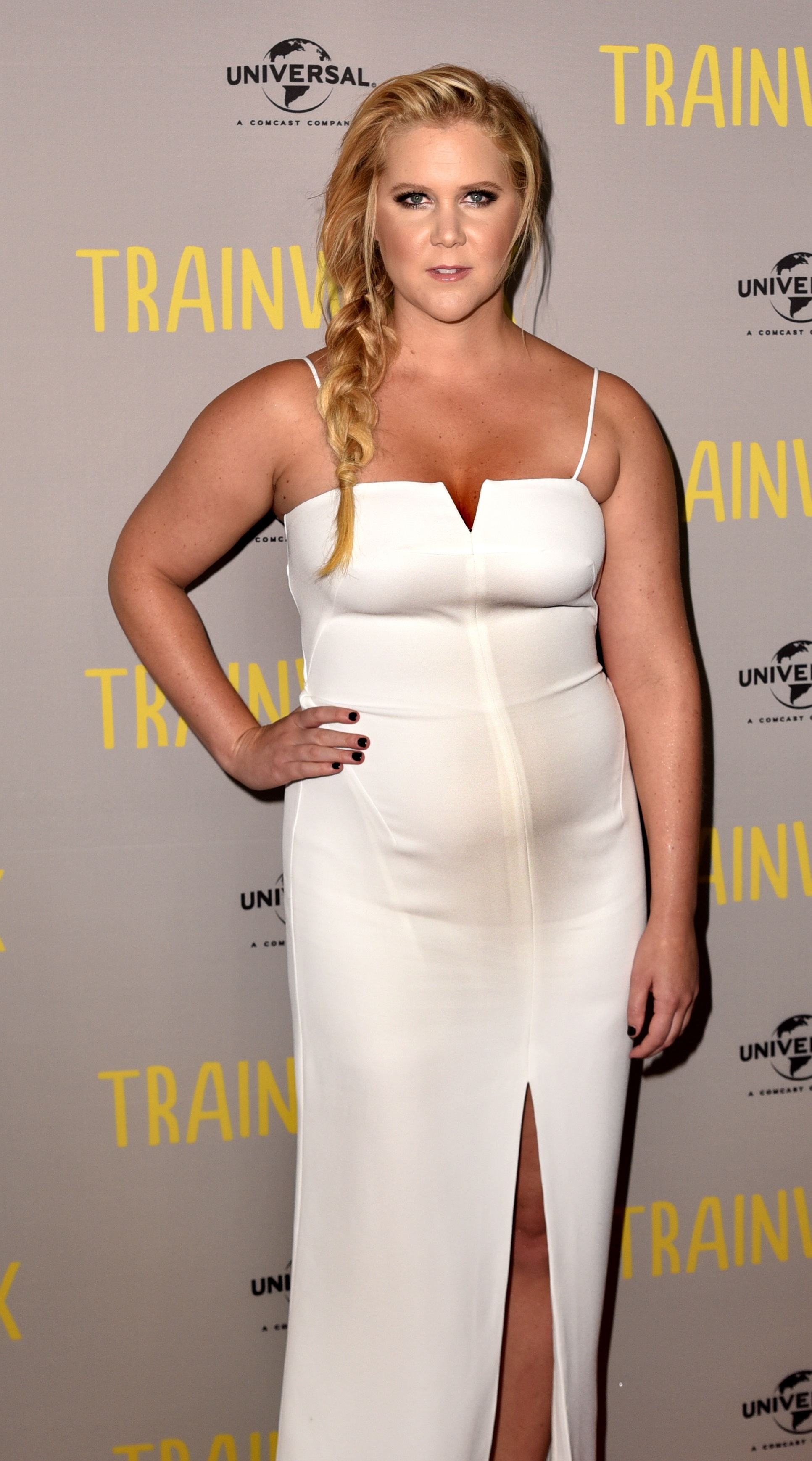 Turns out, there’s more to Amy Schumer than self-deprecating jokes and digs directed at the Kardashians.

The “Trainwreck” star sat down with Maria Shriver in an interview that aired Friday on the “Today” show to talk about her very real issues with body image.

“It’s been a struggle for me my whole life, especially just being in the entertainment industry, standing on a stage in front of people. I can’t perform my best or be confident if I’m not sure if I’m pulling at something. Sometimes I would just want to throw in the towel and be like, ‘I’m not going to do stand-up tonight.”

Amy—who’s currently working with Goodwill on a mission to help women trying to enter the workforce—told Shriver that it wasn’t until she met stylist Leesa Evans, who worked with Amy on “Trainwreck,” that she started realizing the confidence-boosting power of clothes.

“Leesa had given me this gift of showing me how to dress and feel good,” she said, before tearing up. “And she didn’t have to do this, but she just did—she shopped for my little sister also.  And seeing my little sister wearing a little blazer and a shirt and looking like a strong beautiful woman, I realized that holding myself back was also holding her back.  And to see the person I care most about being given those tools was really moving for me, and I just wanted to give it to every woman.”

Joking about her body has long been a key part of the comedian’s shtick (which is a giant reason women are such fans), and even made it part of her monologue while hosting “Saturday Night Live” last weekend. “Under this [jumpsuit], you can’t really tell, but it just looks like a lava lamp.  Things are just kinda like moving around and not really finding a home.”

Honestly, it’s refreshing to see such a public woman owning who she is and choosing to pursue positivity instead of jetting to the plastic surgeon to nip and tuck her body into oblivion.