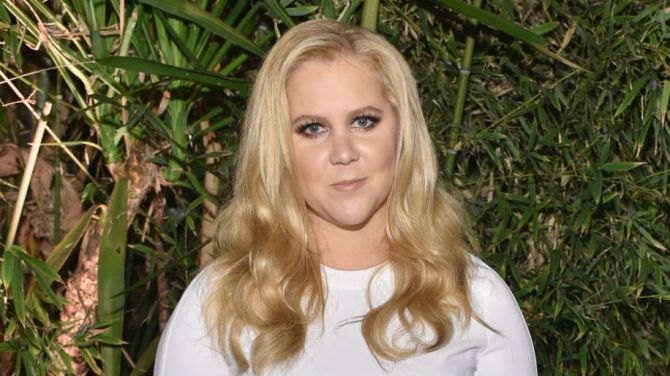 Amy Schumer apparently has a boyfriend and his name is Aidan Shaw. Just kidding, but he is a sweet, handsome furniture designer by the name of Ben Hanisch, who joined the “Trainwreck” star at the White House today for President Obama‘s address on gun control.

Schumer, 34, posted a group Twitter photo of her sister, brother, and Ben— who’s based in Chicago and owns Last Workshop, a custom furniture company—with the caption “Fam and man at the whitehizzy.”

Last week, Ben posted his own Instagram of the couple with a ridiculously sweet caption: “Sometimes in life you get extremely lucky, and the smartest, funniest, most beautiful woman comes along when you least expect it. Here’s to what adventures 2016 brings!”

Naturally, Amy replied with “I’m pregnant. I didn’t know how else to tell you.”

So, who is this guy? Of what we can tell, he’s 29 years old, and really is like Aidan Shaw (in case you’re from Mars, here’s who that is.) His Instagram is filled with snaps of his rugged wood furniture, his dog (Abbot, not Pete), and lots of extremely well-shot landscapes.

We know, we know: It’s silly to believe everything we see on social media (especially on celebs’ social media), but we have a good feeling about this dude. Plus, his furniture is really, really good.