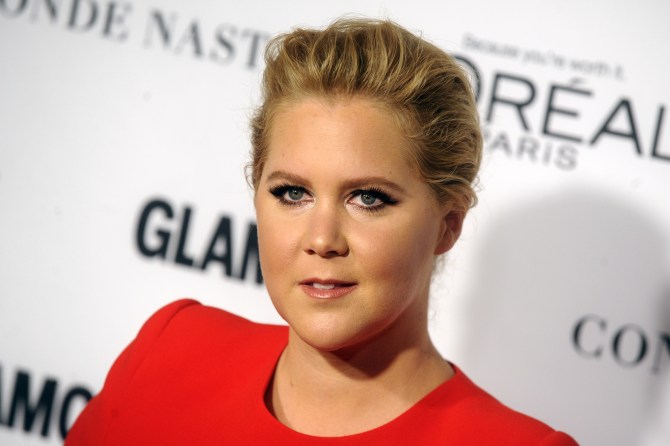 Amy Schumer’s movin’ on up from her Upper West Side apartment. (Photo: WENN)

Amy Schumer is pretty much killing it right now. The comedian’s an outspoken feminist beloved by all (even Gloria Steinem!), told us we don’t need makeup, scored herself a giant pay raise after the success of this summer’s “Trainwreck,” and landed an incredibly lucrative book deal. Oh, and let’s not forget how she crushed it on “Saturday Night Live” and landed her own an HBO special.

So, as day follows night, it looks like this #girlboss is making some upgrades in other aspects of her life, too. Namely, by boosting her real estate game.

The 34-year-old Emmy-winner and star of “Inside Amy Schumer” just listed her apartment on Manhattan’s Upper West Side for $2 million, according to the New York Post. And while some celebrity apartment listings feature only bland – and quite frankly, sad – staging furniture, Schumer’s turn-of-the-century townhouse is chock full of charm, a far cry from the Chinatown tenement where her “Trainwreck” counterpart spent her hungover Saturdays. 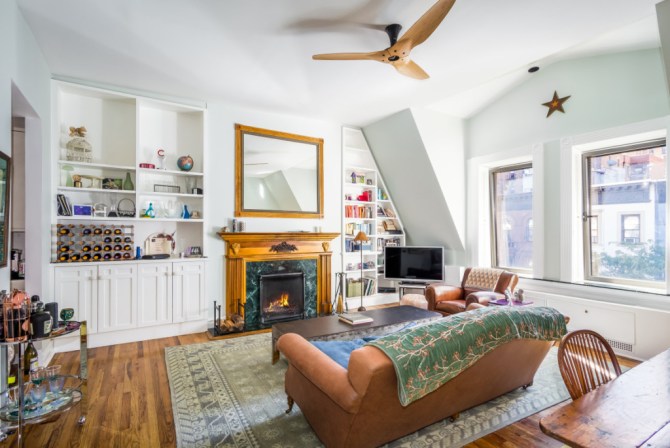 Amy Schumer’s Upper West Side apartment is anything but a trainwreck. (Zillow)

For starters, there are two (TWO!) wood-burning fireplaces, plenty of homey touches like a built-in bookcase, and plenty of blue, grey, and green accents, including a blue and white toile chez lounge that’s seriously chic. 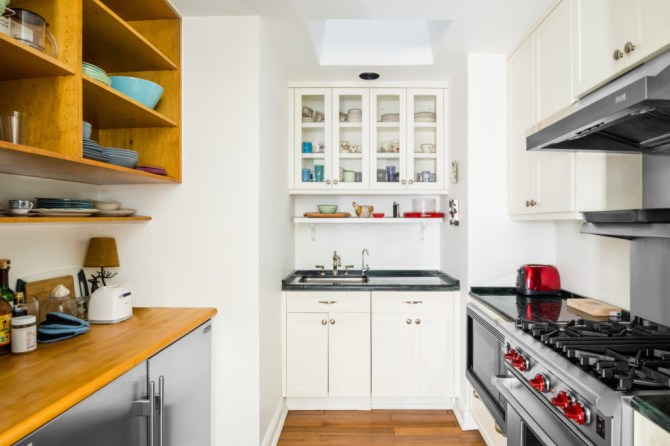 The sleek kitchen has a skylight, folks. (Zillow)

Meanwhile, the kitchen has plenty of high-end amenities and enough space to cook a decent meal, a rarity for most New York City apartments. And the skylight over the cabinets? We’re openly weeping for it.

Need more proof that Schumer is killing it in the home décor front? We spotted an on-trend white marble countertop in her bathroom, not to mention a generously-sized wine rack and bar cart in the living room. 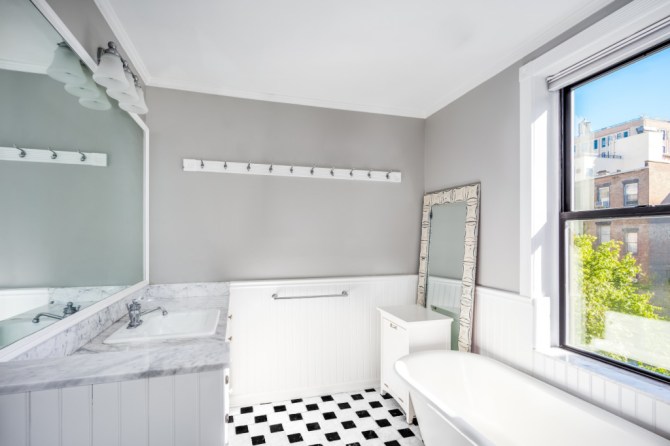 The black, white, and gray bathroom is totally trendy with its white marble sink. (Photo: Courtesy of Zillow)

And lest we forget, there’s also a shared roof deck overlooking the Museum of Natural History and Central Park, the perfect place for throwing parties.

Way to go, Amy, you’re winning at life. And we can’t wait to see what you do with your (bigger, more glamorous, and ostensibly more expensive) next apartment.

Just one question, though. Can we please be neighbors? 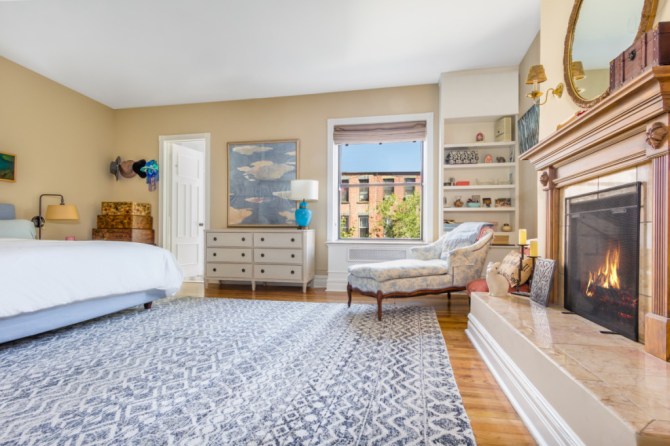 Schumer’s bedroom has, of all things, a toile chez lounge.  (Zillow) 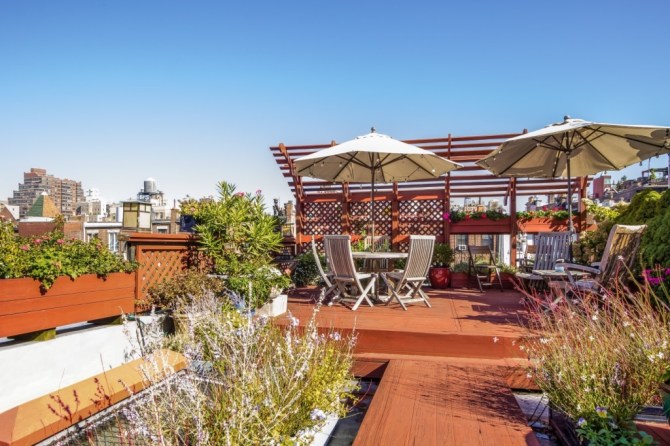