All eyes were on Amy Poehler and Tina Fey—the wisecracking hosts of Sunday’s 71st Annual Golden Globes. So, they did they deliver? They certainly did. They made cracks that were quippy and funny, without resorting to cruel, nasty, or belittling humor, which many hosts tend to do. The only complaint that’s been circulating is that they could have used a little more screen time.

Regardless, they had some serious zingers, so read on for their 12 best jokes of the night, plus rewatch a video of their opening monologue below! 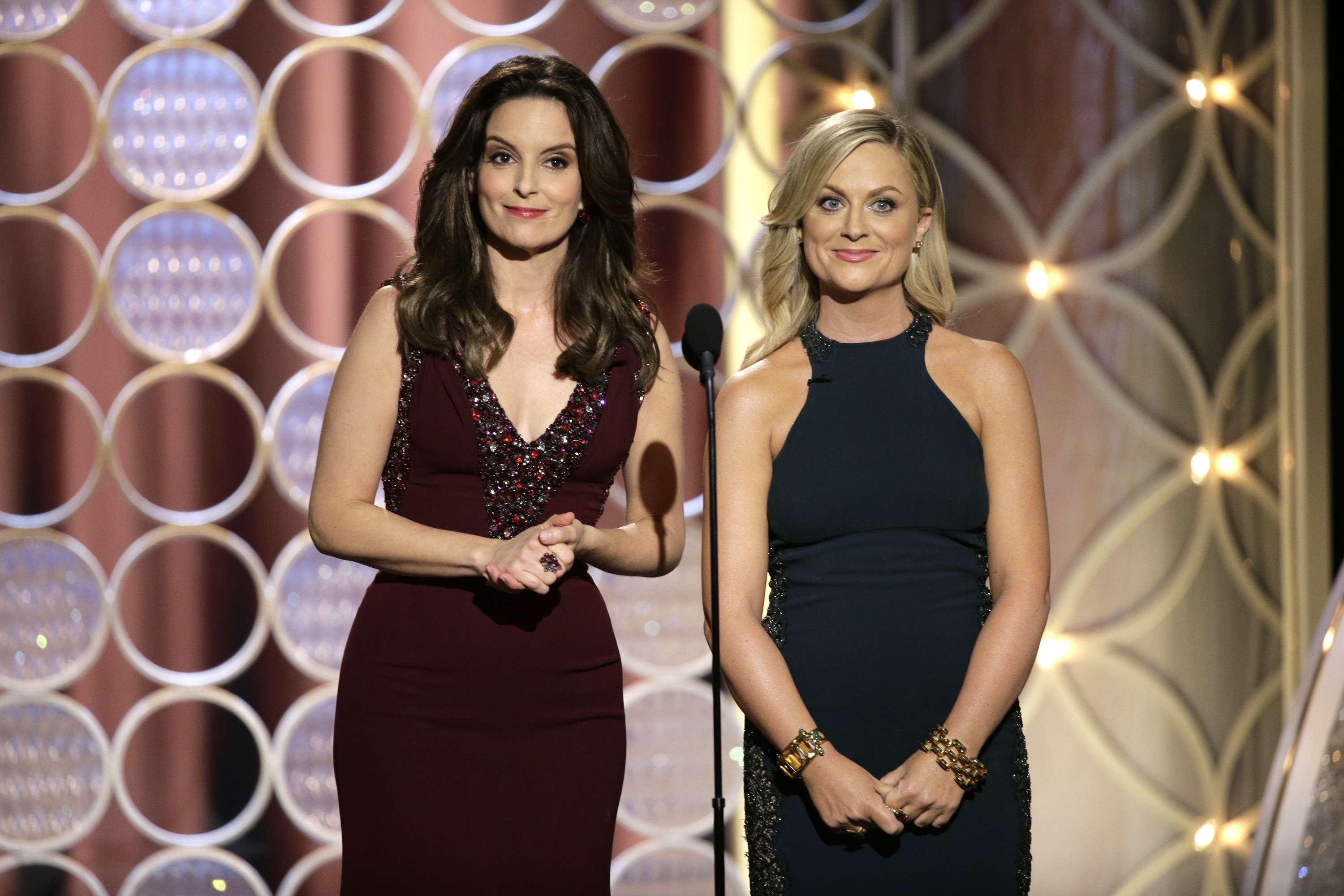 1. To George Clooney:
“Gravity is nominated for Best Motion Picture. It’s the story of how George Clooney would rather float away into space and die than spend one more minute with a woman his own age.”

MORE: See Every Gown From The Golden Globes

MORE: Pregnant Stars at the Globes: Which Look Was Your Favorite?

5. To this year’s hard-to-say names:
“Congratulations to all the wonderful actors nominated tonight, from the amazing Chiwetel Ejiofer, to the stunning Lupita Nyong’o, to American treasure Tam Honks. …Damnit, I knew I was going to screw that up.”[Camera pans to Tom Hanks]

6. To actresses in general:
“Matthew McConaughey did amazing work this year. For his role in ‘Dallas Buyers Club,’ he lost 45 pounds, or what actresses call being in a movie.”

MORE: The 25 Worst Golden Globes Dresses of All Time

8. To Meryl Streep:
“Meryl Streep was so brilliant in ‘August: Osage County,’ proving that there are still great parts in Hollywood for Meryl Streeps over 60.”

9. To Tom Hanks:
“A number of big movies used prosthetic genitals this year. ‘Blue Is the Warmest Color,’ ‘The Wolf of Wall Street,’ ‘Saving Mr Banks.’ Yes, a lot of people don’t know Tom Hanks was wearing one the entire time. He’s wearing one right now actually, he’s really enjoying it. He’s so happy about it!”

MORE: The 30 Best Golden Globes Looks of All Time

10. To Matt Damon:
“Matt Damon is here for ‘Behind the Candelabra’. Matt, on any other night, in any other room, you’d be a big deal. But tonight, and don’t take this the wrong way, you’re basically a garbage person.”

11. To the Somali Pirates from “Captain Phillips”:
“The Black List is who is invited to my room tonight. Taking to you, Somali pirates. ‘I am the captain now.'”

12. Amy, on herself:
“Masters of Sex” is the degree I got from Boston College.”