When Amber Rose learned that she couldn’t erase a tattoo of her ex, Wiz Khalifa, she did the next best thing—put another man’s face over it.

In March 2013, four months before they got married, Rose tattooed Wiz’s face on her upper arm, along with a few marijuana leaves. The couple, who share 4-year-old son Sebastian, divorced a year later. Since the split, Rose has dabbled with tattoos of roses as a way to cover up Wiz’s face, until she finally straight-up inked another man’s face over it.

Earlier this month, Rose documented her tattoo switch-up on Instagram, with the caption: “Boss shit 💅🏼💉” However, it wasn’t until Friday, when Rose stopped by a Sugar Factory event in Miami, that fans saw her new tattoo. So who is this new man on Rose’s arm? You might guess that it would be her ex-boyfriend and “Dancing with the Stars” co-star Val Chmerkovkiy—but it’s actually Guns N’ Roses guitarist, Slash. 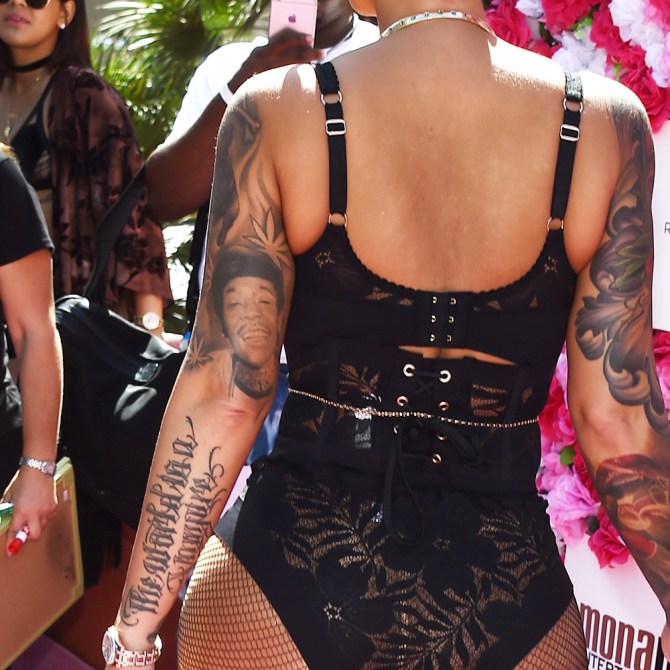 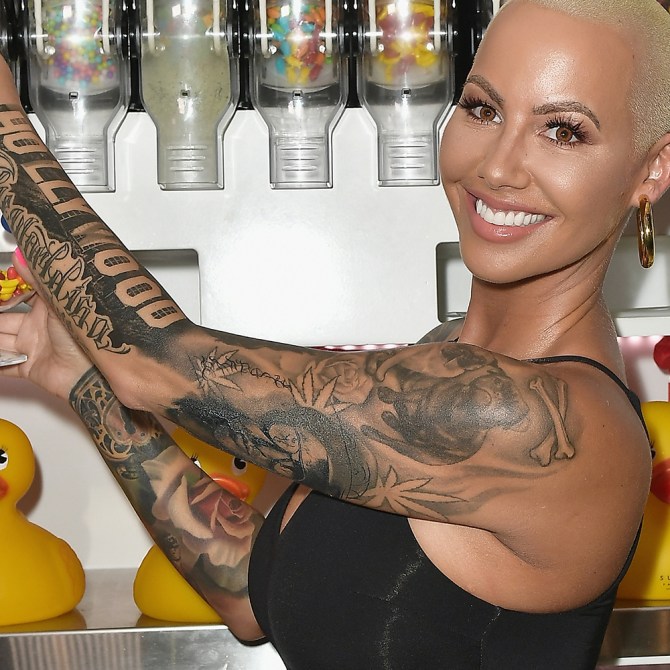 The ink might seem random, but Rose is a big-time Gun N’ Roses and Slash fan. Last year, she fangirled over the band headlining Coachella, with hopes that Slash would be there, too. “I’m about to pass out 😩😩😩 please let @Slash be there,” she wrote on Instagram.

A few years earlier, Rose also freaked out when she took a selfie with Slash backstage after a concert. “I saw my Idol @slashonline again tonight for the 3rd time!” she wrote on Instagram. “I didn’t cry like a crazy stalker tonight but my heart was beating outta my chest. He’s such a soft spoken gentleman. It’s great to meet Super famous ppl that are down to earth, loving and about their family. What a great night! Dreams do come true! 😊”

If there’s a lesson to be learned here, it’s that if you have to cover up a tat of your ex, you might as well do it with the face of your favorite celebrity who will never break your heart.