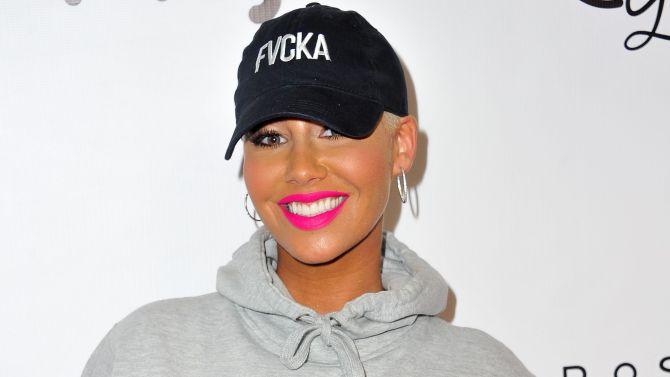 Amber Rose is anything but shy when it comes to discussing sex, and she’s taking that aspect of her personality to the small screen for a new talk show, “The Amber Rose Show,” which premieres tonight on VH1. “It’s very sex-positive. We don’t hold anything back,” she told E! News of the show. “We have a whole segment of people asking very sexual questions and we’re just very open on my show.”

A talk show wasn’t necessarily something she sought, but she did a segment about slut-shaming on “The Doctors” with Dr. Phil, and he suggested that she give hosting a shot. In a not-so-humble brag, Rose said, “He was just like, ‘Wow. One, the camera loves you, and two, you’re very passionate about everything that you’re into and you speak about.’ One thing led to another and he was like, ‘You should have your own show.'” He’s producing her show, along with his son, Jay McGraw.

The show will incorporate a mix of guests, including fellow celebs. Though she didn’t name names, she teased, “We have a great list of celebrities that are going to come on for the season.” As to what kind of host she’ll be, Rose cited Wendy Williams as a talk show host idol. “I grew up in Philly and I listened to Wendy Williams on the radio every single day.”

If you watch tonight, get ready for some real talk. Rose said she is “unapologetic” on the show, adding, “I don’t give a fuck at all, I say what I feel, how I feel … I’m very sex-positive.”