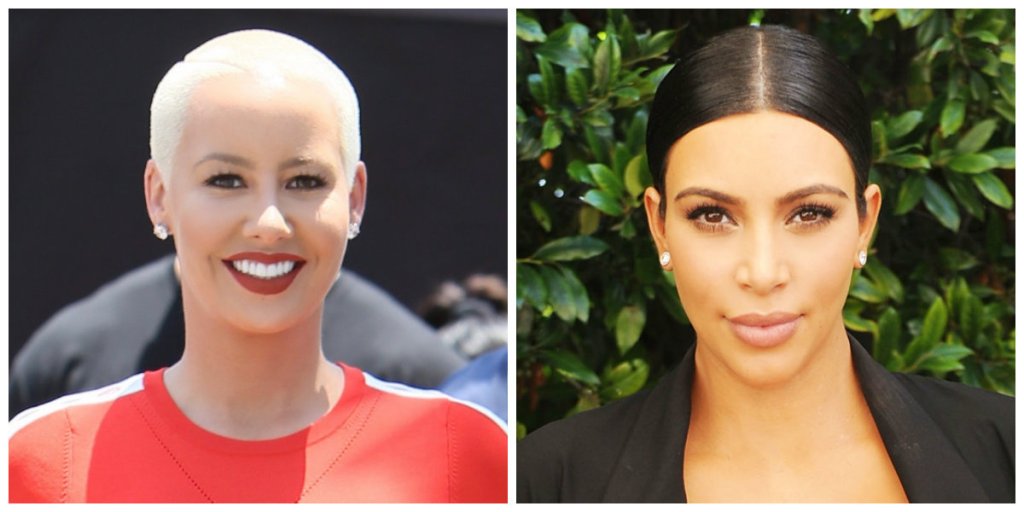 Though Kim Kardashian pretty much has to be nursing at least one feud with another star at any given time, Amber Rose said that she’s not the lucky recipient of such wrath right now. (That honor is for Taylor Swift.) Though it was reported over the weekend that she dissed Kardashian in an interview, she said her words were completely fabricated. “It’s interesting, because it’s a train wreck that they want,” Rose told People. “But it’s not like that.”

The New York Daily News claimed that Rose threw serious shade at Kardashian and her sisters by saying, “Let’s face it. The only reason these girls have a career is because their older sister had a little fun on tape,” referring to Kardashian’s infamous sex tape with Ray J. But that’s just not so, Rose told People.

“It’s so funny, because I had my publicist on the phone when I did that interview and I went to her and I was like, ‘How are they allowed to do this? I never said that. How can they do this?'” Rose said. “They said that I didn’t give them any dirt so they had to throw that in there … they didn’t acknowledge shit. They need to apologize to me and say that it wasn’t true, because I never said that.”

She went on to say that it’s hard work to get dressed in the morning, and the least a publication can do once they’re graced with her fully-clothed presence is have the decency to not dream up quotes for attention. “It’s unfair. I take time out of my day to get dressed and go do interviews and I am away from my son and I’m promoting my brand,” she said. “For them to not even talk about my show and say something that I’ve never said is complete bullshit.”

For the record, the Daily News did mention her talk show, creatively called “The Amber Rose Show,” which debuts July 8 at 11 p.m. on VH1 talker. But maybe they didn’t talk it up enough to her liking.

To sum it up, in the eternal words of Amber Rose: “We’re good, man. We are good. Girl power.”