Amber Liu knows how difficult it is to learn a language. As a member of the K-pop girl group f(x), Liu moved from Los Angeles to South Korea when she was 16 to be a trainee at SM Entertainment. She didn’t know any Korean when she arrived. “I had an electronic dictionary. I carried it everywhere. I was on shows, and I didn’t understand anything,” she tells StyleCaster.

As Amber explains, she became fluent in Korean by learning from her bandmates, who taught English in return. “When I was in Korea, I was always the English teacher. I taught everybody English,” she says. “I made so many friends by teaching them English. Vice versa, through me teaching them English, I learned how to speak Korean better.”

Fast forward to a decade later, and the roles are now reversed. Once the student, Amber—who is so fluent in Korean that even her Korean-American friends ask for translations—is an instructor for Drops, a game-based language-learning app that teaches more than 42 languages. Specifically, Amber voices the “Study With Amber” category, which teaches fans Korean vocabulary, as well as Korean culture. “Growing up, there weren’t a lot of resources that made learning fun. Drops makes the learning process extremely enjoyable,” says Amber, who’s currently learning Chinese on the app.

Ahead, Amber talked to StyleCaster about f(x), her dream collaborations and what fans can expect from her upcoming album. 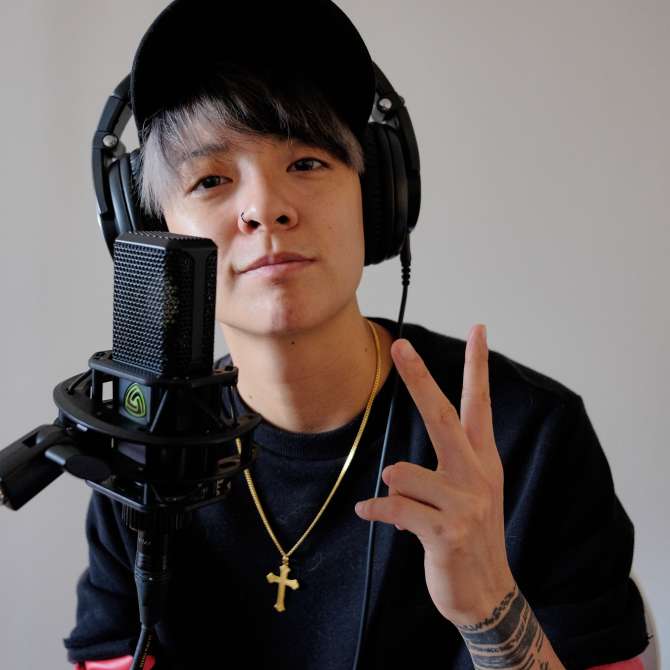 On how K-pop has changed since she was an idol

“I feel old when I say this, but seeing how much K-pop has grown, I was like, ‘Wow. I was living within this era of the spread of culture.’ The culture has been even more exposed now, especially with BTS and BLACKPINK.

With BTS, they really just went everywhere. They toured everywhere. In the business terms, their engagement and their outreach, they were very active. When I saw them touring a lot, they were going to places a lot of people didn’t go to in the normal K-pop route. Also the willingness to collab with other artists. Music is a universal language. For me, with K-pop, I didn’t understand the language. I didn’t know what was going on. But it was a vibe that I loved and that’s what attracted me to K-pop and why I got into it. When you just vibe, you can connect.”

“When I was in K-pop, it was still only an internet thing. It was like how anime was 10, 15 years ago as well. It was its own niche. This little pocket of the internet. Now, obviously, it’s more widespread. I think that someone who is a non-native Korean speaker and who’s not Korean can still be involved in that. With a lot of foreign K-pop idols right now, like the GOT7 boys, Jackson and Mark, I’ve known them since they were trainees. The Miss A girls. Even within my former company, SM, they came with that same dream I did. I don’t want to credit us. I was not the first. But I was one of the stepping stones that was placed onto what’s happening now.”

On her upcoming album

“I’m still working on my album. I have a lot of songs in the vault right now. I’m actually going to a session in a bit. I’m personally in a realm of just experimenting because I grew up with so many different genres of music, and I love all of them. Everyday I’m hearing new music come out. I’m like, ‘Wow. That’s a really cool mashup of country and pop. Or this is bringing back the rap-rock vibes.’ To be honest, I’m very confused, but I’m just taking it one session at a time. There are a lot of—I’m trying to coin this term right now. It’s called the ‘sad boi vibes.’ A lot of my songs are coming in this mid-tempo route right now. I’m writing happy stuff. Really sad stuff. All the stuff in between. I’m trying to have fun and paint stories and make cool videos. I hope the fans out there come with me on this journey of growth because I’m trying to grow and push into a new chapter in my life.”

On how her music is different than f(x)

“Storywise, it’s a lot more personal because it’s me writing from my experiences or the experiences that have been shared with me. On the same element as the group, f(x) was all about experimentation. Just trying to make these weird sounds work. I’m still taking that mission statement and applying it to myself and my own solo career. I was just listening to some of our albums a while ago, and I was like, ‘Wow. This is really edgy.’ f(x) is extremely experimental. I don’t even know how the producers came up with that stuff. I just hope to be a branch off of that, and hopefully flip it the best in my own way.”

On her dream collaborations

“My biggest dream is Tori Kelly. I love Tori Kelly. The ongoing joke with a lot of my fans is I’ll just sit in a room with her. She can sing. I’ll just be the little quack or the meow at the end of the song. I would love to work with Beenzino, who is a really good friend of mine. He’s a rapper in Korea. He’s awesome. Also a lot of my friends, like Eric Nam, Ailee, Peniel from BtoB, we’ve always been talking. The right time hasn’t come yet. We’re getting there.”

On how she still listens to f(x)’s music

“I have to listen to it pretty often because my friends play it to pick on me. Cause they’ll start playing the hits, like ‘Hot Summer,’ ‘Nu ABO’ or ‘Four Walls,’ and I’m like, ‘You know what, guys! I’m sick of hearing these songs. I’ve performed everyday for so long! Can I show you the cool songs that I think are on the album?’ And it goes into this whole rabbit hole of us digging into the B-side tracks. It’s fun because I’m like, ‘I remember this one session! It was so cool! And we did this!’ It’s fun to reminisce about those times. I talk to the girls here and there. We talk about these things. We were like, ‘Man. We were so young.’”

On recording music in different languages

“My last EP, X, we had a Chinese version of a song called ‘Curiosity.’ My mom always wants me to sing in Chinese because she doesn’t speak English very well. I was like, ‘I really want to do a Mandarin version for my mom.’ For my upcoming releases, I do have a couple. In the technical way, it’s a lot more planning. With the shifty tracks in the vault already, we’re always trying to pick out the ones that we feel are the best for the album. On top of that, we make different versions. Because I know that I have fans all over the world. I do want to sing for everybody. Learning a language is heard.”