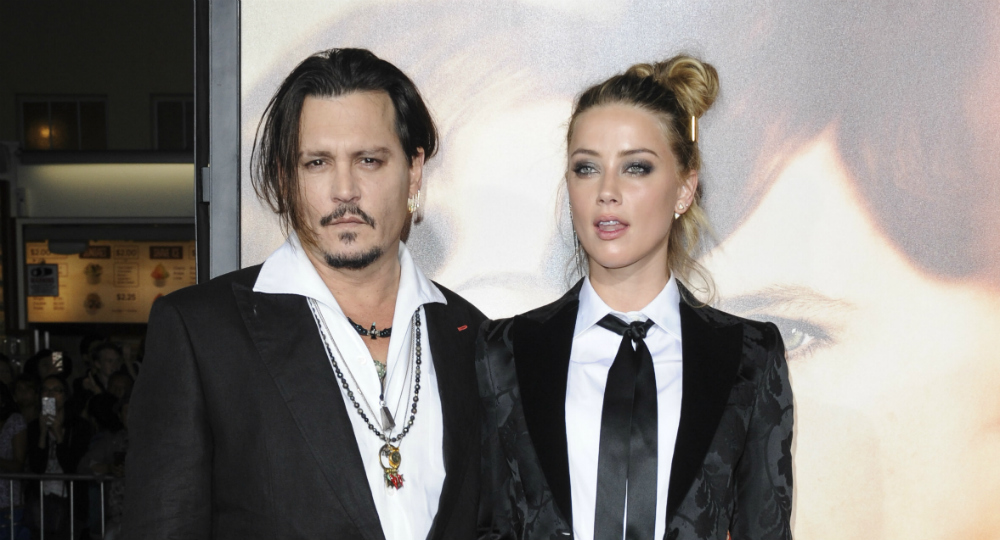 It’s only been a week since Amber Heard filed for divorce from Johnny Depp, but it feels like a year—and the drama’s gotten far uglier than anyone expected. Heard accused Depp of domestic violence and appeared in an Los Angeles courthouse with a visible bruise on her face. Now Entertainment Weekly has released texts that are allegedly between Heard and Depp’s assistant, Stephen Deuters.

More: The World Is Officially Over Johnny Depp

EW was not able to verify the authenticity of the texts, but if real, they would show a history of abuse dating back to May 2014. In them, Heard and Deuters discuss an incident in which Depp not only kicked Heard, but also had no recollection of doing it and had to be told about it by his assistant. See the entire exchange below with Amber in blue and Stephen in gray. 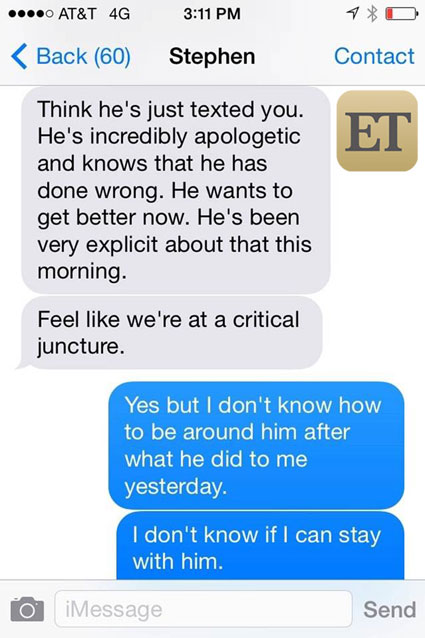 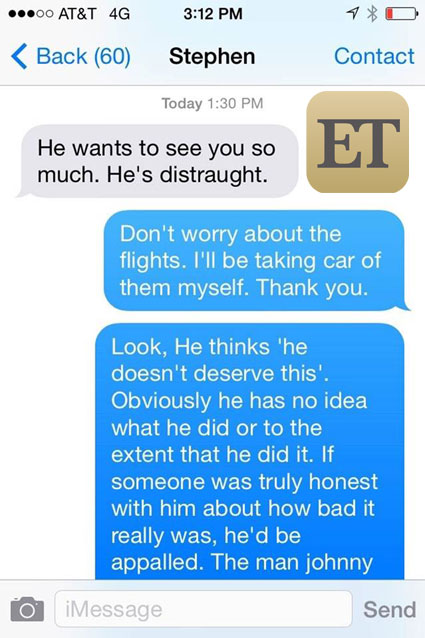 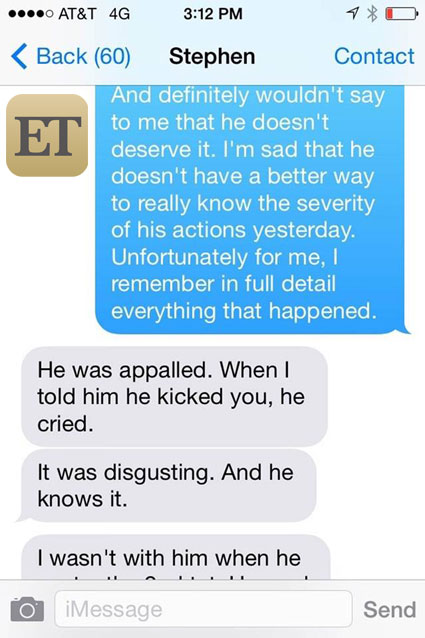 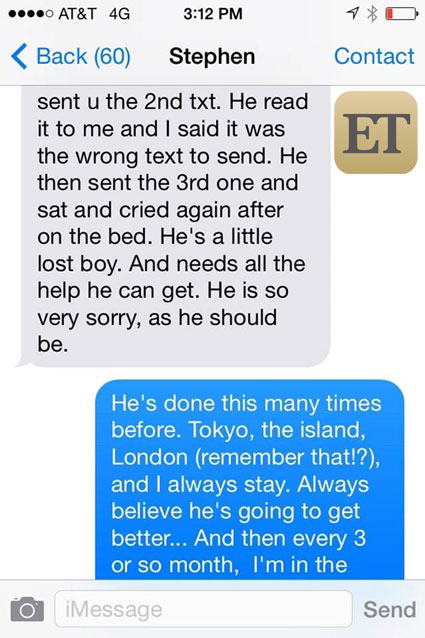