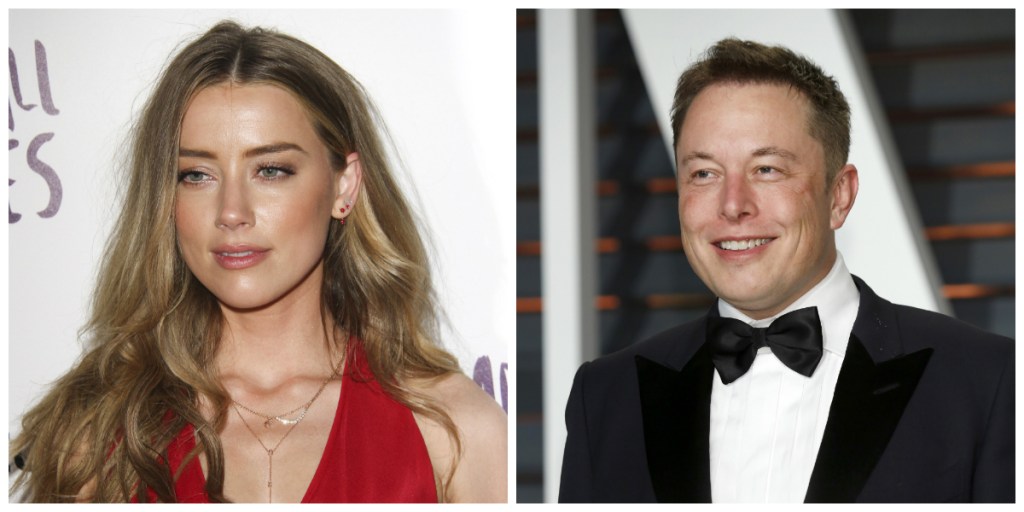 If the last person you’d expect Amber Heard to start dating after Johnny Depp is billionaire businessman Elon Musk, trust us, we’re with you. But according to TMZ and Page Six, the starlet has been cozying up to the Tesla magnate of late, so—hmm. One source told Page Six that the duo spent the weekend at the Delano South Beach hotel in Miami Beach, and though they had separate rooms, they were both spotted entering and exiting the same room over the course of the weekend, albeit never together. “They were seen arriving to, and leaving, the same room many times, but always separately,” a witness told the publication. “He was seen going in at night and doing a ‘walk of shame’ in the morning.”

According to sources via TMZ, Heard had dinner with Musk at his home in Los Angeles a couple of weeks ago; she has also been spotted at his L.A.-area office of late, and he has spent time at her place, they said. But Musk’s rep denies the claims, obvs. “I believe your sources are mistaken,” the rep told Page Six. “Elon was in Cape Canaveral, Florida, for a SpaceX rocket launch this weekend.” That’s a few hours’ drive from Miami, so he certainly could’ve driven back and forth, but it would be quite a commute. And the rep was quick to dismiss the “walk of shame” bit: “Don’t think that last bit is true, unfortunately,” they said.

Heard and Musk are both definitely single, though they haven’t exactly had an easy time of it. As pretty much everyone in the world knows, Heard is going through a nasty divorce with Depp right now; as for Musk, his wife, Talulah Riley, filed for divorce in March—after they’d already divorced and remarried in the past.

A Heard insider refuted the dating rumors, telling Page Six, “Amber was there with her sister. She has been friends with Elon for four years. She had rented a standard suite at the hotel, and he had a bungalow, a poolside duplex room. He offered Amber and her sister use of his room so they could use the pool and have extra privacy, as he was working on a rocket launch.” That’s nice—but as the publication points out, there’s only one pool at the hotel, so she could’ve used that either way—and if she wanted less attention, staying in an flashy bungalow probably isn’t the way to go.

Maybe they are just friends—Heard starred in “Machete Kills” in 2013, in which Musk had a cameo as himself, so maybe they just hit it off back then and have remained pals. But that seems unlikely. So the question remains: Why Musk?