If you haven’t watched Chris Pratt’s new action movie, The Tomorrow War, you may want to know about Amazon Prime Video’s free trial, which is four times as long as competitors and allows customers to sign up more than once, and the service’s current deals.

Amazon Prime Video is Amazon’s exclusive streaming service with more than 24,000 movies and over 2,100 shows, including original series like The Marvelous Mrs. Maisel, The Boys, Transparent and Hanna. The site is also the home to original movies like Manchester by the Sea (which won two Oscars in 2017), Honey Boy, The Big Sick and The Tomorrow War, which was the most streamed movie of 2021, according to Screen Engine’s PostVOD audience summary.

How much does Amazon Prime Video cost? 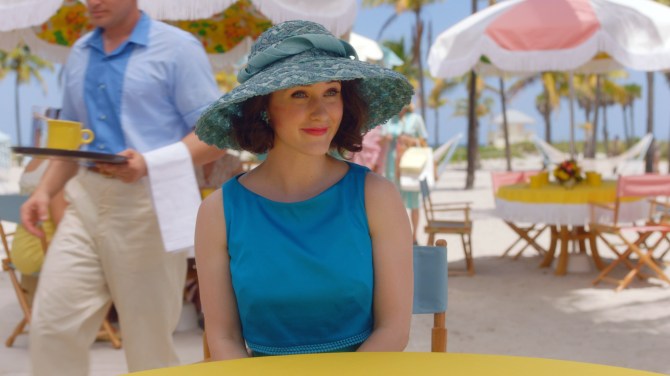 How to sign up for Amazon Prime Video’s free trial 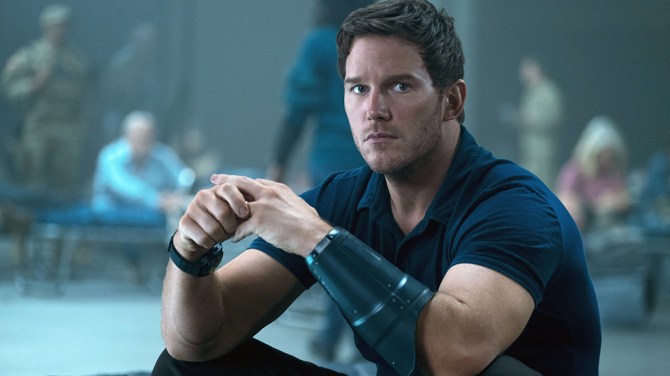 Is Amazon Prime Video worth it?

Is Amazon Prime Video worth it? In an interview with The Hollywood Reporter in 2015, Amazon’s former CEO Jeff Bezos revealed what Amazon Prime Video looks for in original content. “Is this something we can imagine is someone’s favorite show? One way you can think about TV is you can say, ‘I want to make something that millions and millions of people are going to watch,'” he said. “If that’s your starting point, you paint yourself into a corner and you often end up with homogenized, uninteresting content. If you say, ‘Let’s hire the world’s greatest storytellers. Let’s encourage them to take risks,’ then you’re going to end up with a remarkable story, and remarkable stories always find an audience.”

Bezos also discussed how involved he is in Amazon Prime Video’s original content. “I’m involved very significantly when final decisions are made; so after the pilot process, when we sit down to review all the shows and figure out what to say yes to,” he said. “But I’m really a reverse-veto person. I would never say no to something the team wanted to do, but I might say yes to something the team didn’t want to do. You want there to be multiple ways to get to “yes” because you want to encourage risk-taking.” Bezos also talked about Amazon Prime Video’s business plan is different than Netflix, which releases a new show almost every week. “Instead of setting a long-range goal, I would just say we’re going to keep pushing forward, making more and more,” he said. “We’re still sort of filling a pipeline. But I like the vision of doing things frequently. The reason we’re doing this is because we want Prime members to value their membership. If you look at the upward trajectory of how much content we’re creating per quarter, it’s increasing very rapidly. I don’t envision that slowing anytime soon.”

Bezos also acknowledged the importance of keeping the business and creative side of Amazon Prime Video separate to create the most authentic content for viewers. “The way you get good storytelling is important because the process can matter. That’s why I like our approach. I’m not even saying it’s the right approach, I’m just saying it’s ours. It’s this very rigorous process to say yes, but then once we say yes, we keep our Amazon Studios team size very small so that’s consistent with not wanting to interfere with the work the storyteller does,” he said. “For example, I’ll give you the alternate scenario that would be horrific in my mind, which is that I’m sitting there in Seattle and Roy is sending me early drafts of Transparent season-two scripts and I’m giving Jill [Soloway] ideas. How in the world could I possibly help Jill? I can help Jill by leaving her alone. And everyone at Amazon takes that same approach.”

Bezos also told Vox in 2016 that Amazon Prime Video is also a way to bring more subscribers to Amazon Prime. “We get to monetize [our subscription video] in a very unusual way,” Bezos said. “When we win a Golden Globe, it helps us sell more shoes. And it does that in a very direct way. Because if you look at Prime members, they buy more on Amazon than non-Prime members, and one of the reasons they do that is once they pay their annual fee, they’re looking around to see, ‘How can I get more value out of the program?’ And so they look across more categories — they shop more. A lot of their behaviors change in ways that are very attractive to us as a business. And the customers utilize more of our services.” He continued, “Because we have this unusual way to monetize the premium content, we can charge less for the premium content than we would otherwise have to charge, if we didn’t have the flywheel spinning to help sell more shoes.”

Amazon Studios chief operating officer and co-TV head Albert Cheng also told Variety in 2021 about how Amazon Prime Video is different than other streaming services.“We’re in a different business model unlike the pure-play video SVOD [streaming video on demand] players,” he said. “For us it’s about Amazon Prime customers, making sure we’re delivering value, that we’re looking at our content to drive subscriptions. … We don’t have to play as a substitute for a different type of service or compete in that way.” Amazon Studios head Jennifer Salke also noted a key difference between Amazon Prime Video and other streaming services is how the company views its audience as “customers.” “You come into Amazon, it’s a very customer-focused company and we find ourselves saying ‘customer’ a lot,” she said. “We’ve never said those things before in our previous incarnations. But then you get in there and you realize, yeah, we do have a very different model and it’s very clear to us what those drivers are, who our customers are. It’s not that complicated for us and we really try not to pay attention to the competition.” She continued,  “Any decision you see us make falls into three categories: is it enhancing the value of Prime subscription, is it driving Prime subscription and is it engaging a new audience with Prime in general. That’s how we make decisions, based on that.”

Salke also told Deadline in 2022 about Amazon Prime Video’s shift to more prestige content. “We remain extremely curated,” she said. “We’ve always believed if we build it, they will come.” She continued, “We know we have global customers all around the world who love these kinds of films. You can see it in the results, it’s not debatable on any level. So that strategy is not under threat. We’ll continue to be the place for the very best in storytelling with the best creative partners. No hard and fast rules about the budgets of those types of films.”

Salke also noted that Amazon Prime Video isn’t “a company that makes hard and fast rules” when its comes to streaming and theatrical releases. “We’re a company that believes in experimentation and looking long-term,” she said. “For us as an organization, we’d never say ‘never’ about that.” She continued, “Even movies that are planned only for streaming release, we go back and have long, thoughtful conversations around ‘Would it be in this film’s best interest to have a limited theatrical release, beyond a couple of weeks?’ That windowing is constantly being discussed; our business around film and distribution is a hot topic like it is everywhere else. We’re just bringing a lot of thought, creativity and open-mindedness to the whole topic.”

She also explained of how Amazon chooses which titles to stream on Amazon Prime Video and which to premiere in theaters. “If we have a film that we think can drive massive ticket sales, that is also a big business driver. I think you’ll see experimentation in the space moving forward, but I think it’s safe to say we love and respect the theatrical experience,” she said. “We want to bring people into theaters to be able to enjoy these films and then get them to global Prime audiences as soon as possible to capitalize on the global cultural moment and conversation and marketing spend on all this content.”

Amazon CEO Andy Jassy, who replaced Bezos in 2021, also revealed Amazon Prime Video’s plans to expand with live sports content in an interview with CNBC in 2021. “It’s still early days for us in media,” he said. “We’re off to a great start but we do believe we have an opportunity to provide a unique viewing experience for our customers with really original and creative content.” He also hinted at Amazon Prime Video’s bid to stream the National Football League’s “Sunday Ticket,” calling the company’s relationship with the NFL a “very important partnership.” Jassy also spoke to Amazon’s line of tech devices, including its Fire Sticks and Fire TVs, which help brand Amazon Prime Video as a premier destination for entertainment content. “Increasingly, people will do commerce in these mechanisms,” Jassy said. “Between what we do with Alexa and what we do in the living room, I think we have an opportunity to change what’s possible for people and what’s accessible to people.”

Sign up for Amazon Prime Video‘s free trial on Amazon.com.