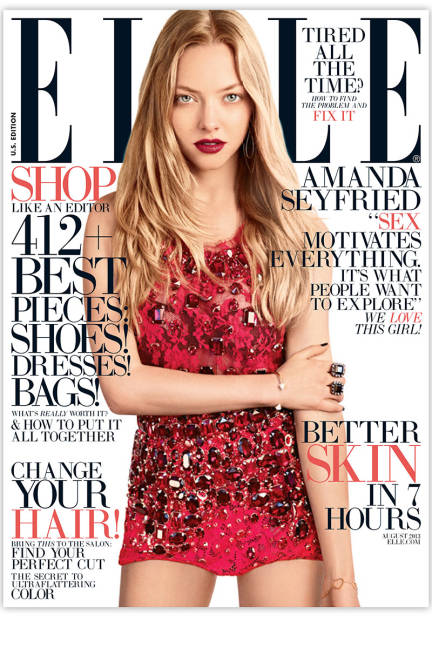 Amanda Seyfried is on the cover of the August issue of Elle, and boy does she sound off. The cover is a world of contradictions, with the star clad in a gorgeous short set from Dolce & Gabbana, which fits nicely right next to this quote: “Sex motivates everything.” Okay then!

The star of “Les Misérables” opens up even more about sexuality inside the issue, where she talks about her previous relationship with British actor Dominic Cooper, her secret crush, and even what her vagina does and doesn’t know. “Everybody I’ve dated I’ve been sexually attracted to immediately,” she tells the fashion magazine. “Sparks don’t grow—your vagina doesn’t become more inclined to wanting someone just because you’re around them.”

Her punk-inspired inside spread pairs nicely with her rebel-without-a-cause statements. Decked out in brands like Saint Laurent, Givenchy, Burberry, and Jennifer Meyer, the actress fills the role of model just as easily as she stands out on the big screen.

Head over to Elle.com to read the rest of her salacious interview! And check out the inside shots below. 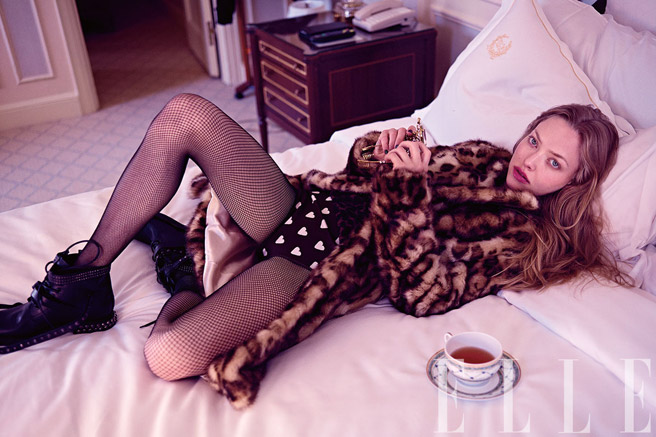 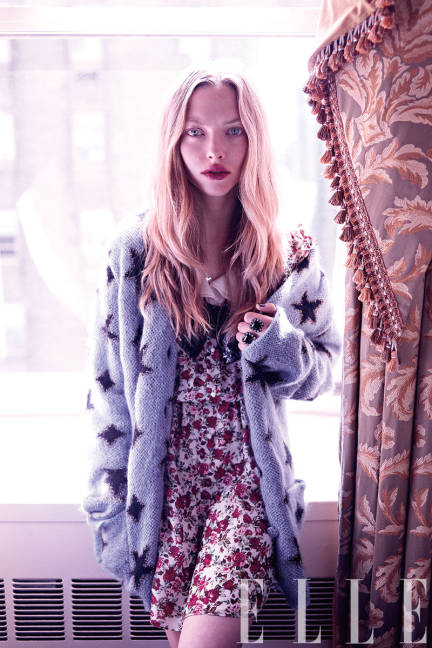