Amanda Seyfried, possibly best known for her deep and abiding love for her Australian shepherd, Finn, is spreading the love: She’s engaged! If you’re not even dating anyone, don’t worry: She and costar Thomas Sadoski met last year when they starred in the play The Way We Get By staged in New York, and “reconnected” earlier this year filming The Last Word, which is when they started dating, Us Weekly reports. 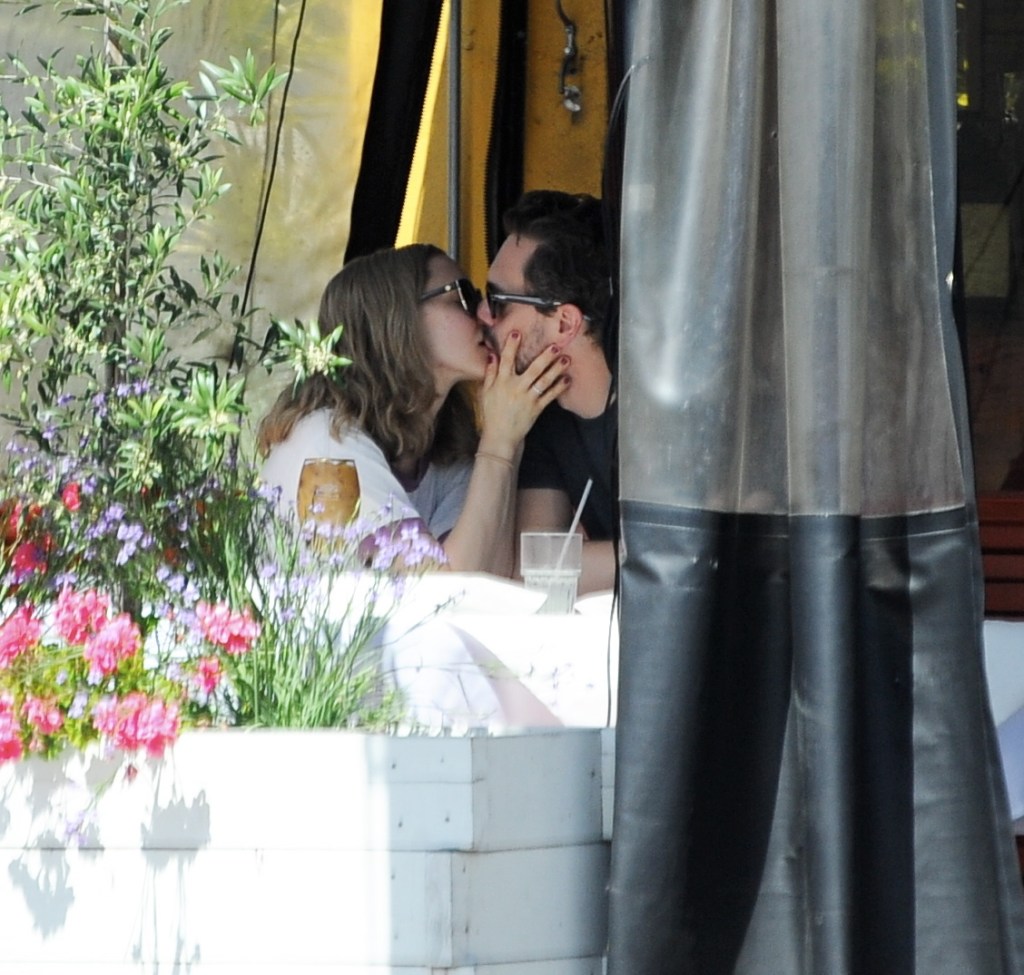 Making out at Cheebo’s in West Hollywood March 16. Photo: Wenn

They were first spotted passionately making out in a NYC restaurant in March, letting the cat out of the bag about their relationship a short time after production began for The Last Word. Then they started arriving at work side by side and chilling with Finn out and about, and the rest is history. 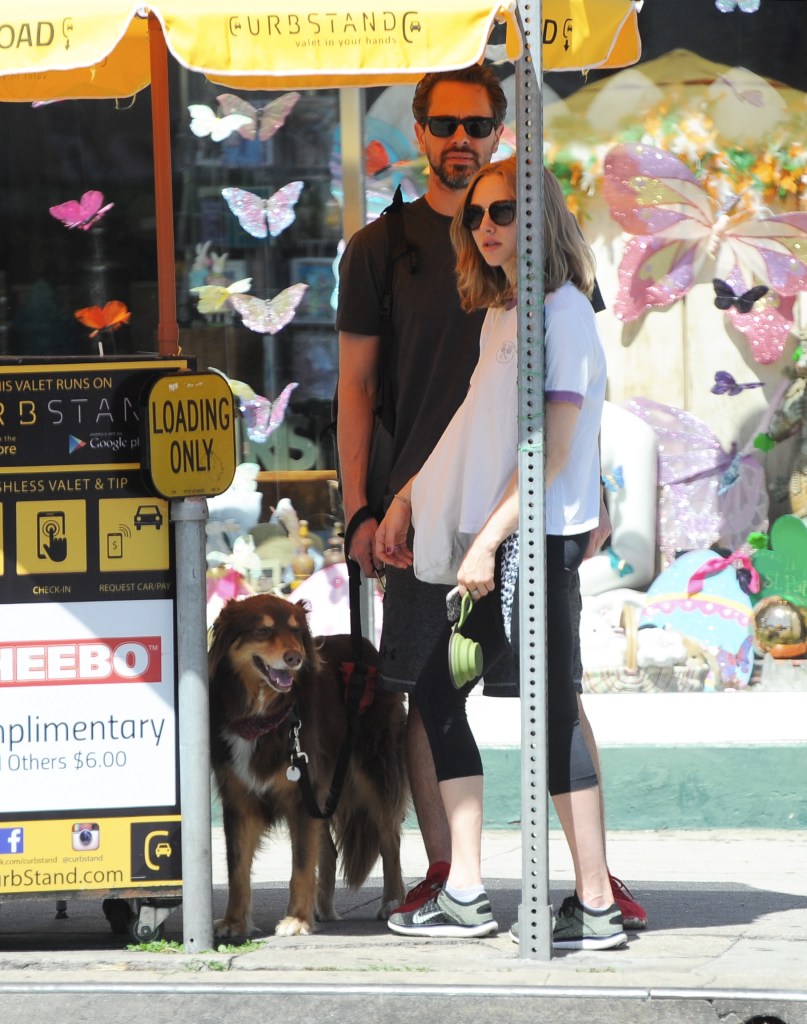 Hiding from the sun (among other things) after that make-out sesh at Cheebo’s in March. Photo: Wenn

“Tommy and Amanda recently got engaged and shared the happy news with family and close friends,” a source told Us. Last week, Seyfried was spotted walking Finn with some delicate bling on that finger—apparently a thin band was all that was visible, though we imagine there was some sort of gem hiding palm-side. 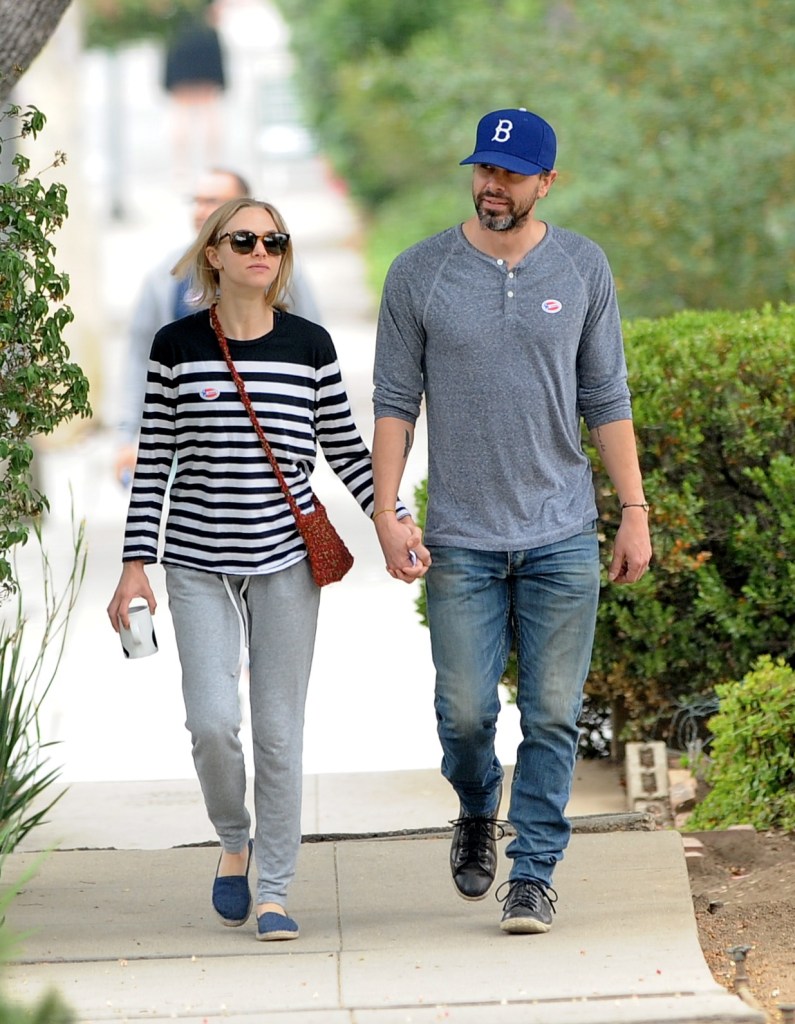 After casting ballots for for the presidential primary in Hollywood June 7. Photo: Wenn