History was made yet again when inaugural poet Amanda Gorman took to the stage for President Joe Biden’s inauguration—and now, viewers want to know everything they can about the National Youth Poet Laureate.

On Inauguration Day, the young poet recited her poem “The Hill We Climb” on the West Front of Capitol Hill—the same place where just two weeks earlier, a violent attack at the Capitol building broke out after supporters of former President Donald Trump stormed the area and left five people dead. Gorman’s inaugural poem was completed in the aftermath of that harrowing event, one that lawmakers such as AOC believe was an attempted “act of insurrection” against the U.S. government.

In an interview published with The New York Times on January 19, 2021, Gorman said that reciting her poetry at the Biden-Harris inauguration was “probably one of the most important things I’ll ever do in my career.” “I’m not going to in any way gloss over what we’ve seen over the past few weeks and, dare I say, the past few years,” she told the paper.

“But what I really aspire to do in the poem is to be able to use my words to envision a way in which our country can still come together and can still heal. It’s doing that in a way that is not erasing or neglecting the harsh truths I think America needs to reconcile with.” After her inauguration speech, Gorman announced that she was publishing a book of poems
titled The Hill We Climb
after her inaugural poem. Preorder the book here
.

It’s safe to say that’s exactly what Gorman accomplished with her address to the country—one that left many Americans curious to know everything they can about this rising star. For everything we know about Amanda Gorman, the poet laureate at Joe Biden’s inauguration, just keep on reading. 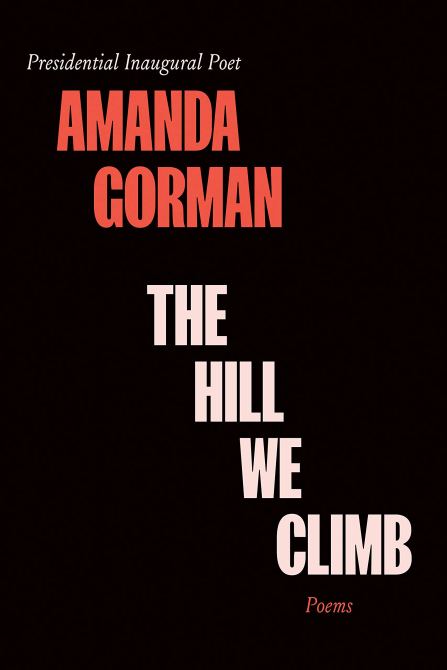 How old is Amanda Gorman?

Amanda Gorman is 22 years old. She is a Los Angeles native and was raised by a single mother, Joan Wicks, who is a schoolteacher. Gorman was named the Youth Poet Laureate of Los Angeles when she was just 16. She later enrolled at Harvard University to study sociology, and while she was there, she became the first-ever National Youth Poet Laureate at the age of 19.

What are some of Amanda Gorman’s poems?

Some of Amanda Gorman’s popular poems include “The Miracle of Morning,” which was written in response to the world’s ongoing health crisis, along with “In This Place (An American Lyric),” written for the inaugural reading of Poet Laureate Tracy K. Smith at the Library of Congress. Gorman is also the author of the poems “We the People,” “Earthrise,” “Making Mountains As We Run,” “Talking Gets Us There,” and more. Listen to Gorman recite some of her famous poems below.

What are the names of Amanda Gorman’s books?

The young poet laureate is set to release two books in September 2021. The first is a children’s book, Change Sings, illustrated by the same artist behind Barack Obama’s children’s book Of Thee I Sing: A Letter to my Daughters
.

Gorman will also release The Hill We Climb, a lyrical picture book named after her inaugural poem, in September 2021. Preorder it here
.