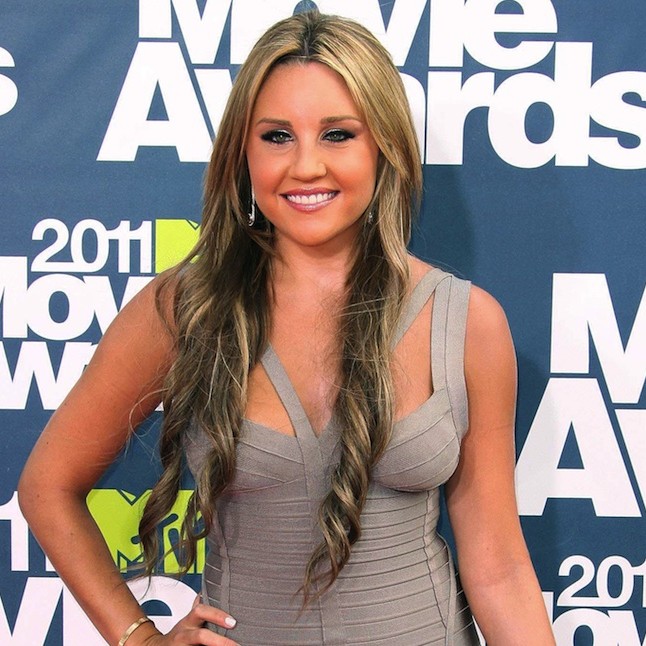 What do you do when your acting career hits a wall and you’ve had more alleged car accidents than hit films? Why, start a fashion line, of course! We’re not exactly sure why starting a clothing line is a fallback for waning stars, but it seems Amanda Bynes — she of onetime Nickelodeon fame and current Lindsay Lohan usurper – indeed has plans to launch her own collection. The 26-year-old told People yesterday: “I am retired as an actor. I am moving to New York to launch my career. I am going to do a fashion line,” adding: “I am not talking about being arrested for DUI because I don’t drink, and I don’t drink and drive. It is all false.”

The “Easy A” actress has been charged with a DUI and two counts of hit-and-run, and has exhibited a whole lot of crazy behavior lately including — horrors! — wearing a regular bra and not a sports bra at the gym.

During a spin class, the observer tells People, “Amanda stopped to take her T-shirt off, revealing only a tiny, black, strapless push-up bra – not a sports bra.”Bynes, who spent the next few minutes adjusting her bra and hair extensions, then picked up her Louis Vuitton handbag and “pulled out her makeup kit and started reapplying her lipstick and eyeliner while looking at herself in the large mirror in front of her,” the onlooker says.

Makeup at the gym!? Hair extensions!? Obviously, the girl is certifiable.