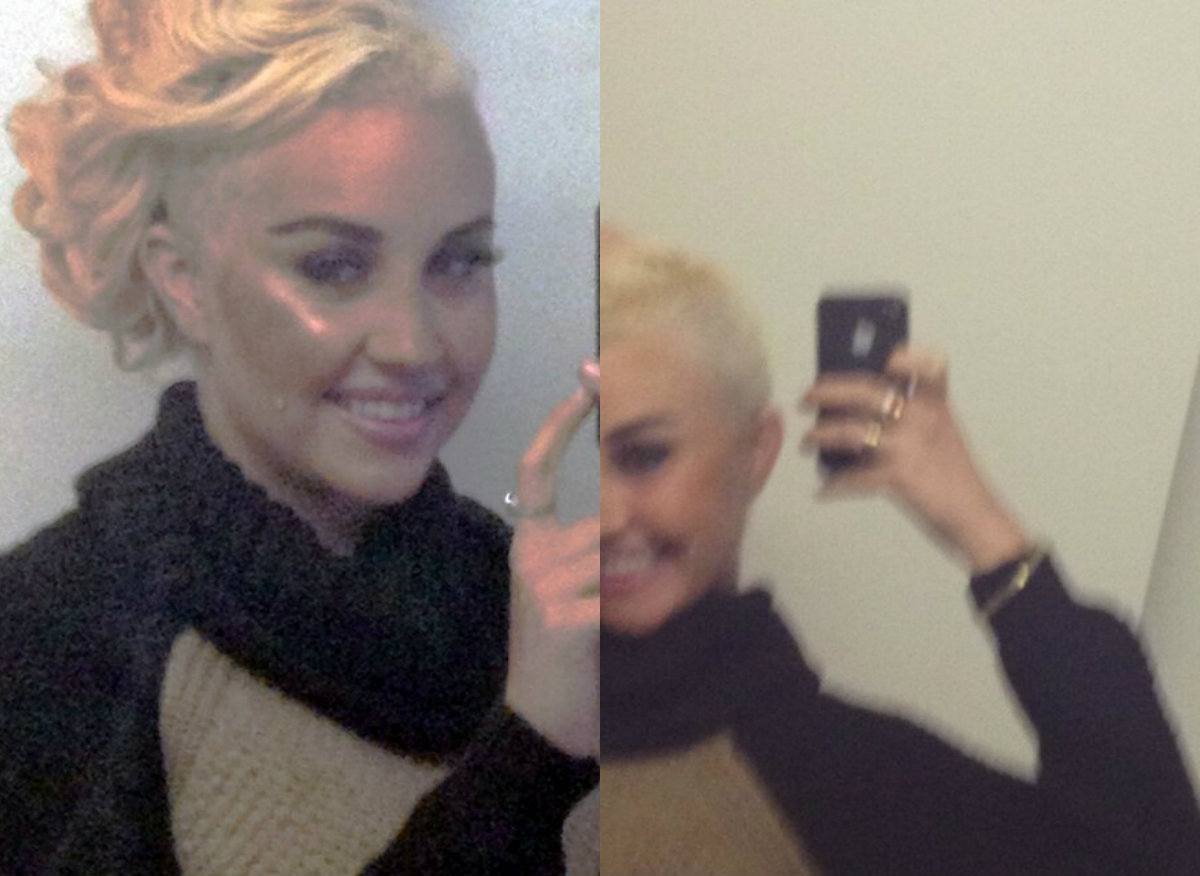 Pretty much everything the former actress has been doing lately has been big news, between her uncomfortably bizarre videos and questionable behavior at a Harlem gym to piercing both of her cheeks. Her latest move? Shaving half her head in the style of R&B singer (and Diddy‘s girlfriend) Cassie.

It seems the 27-year-old former Nickelodeon star has a slight hair fixation, as she’s been stepping out in a slew of wigs, and earlier this month she took to Twitter (her social media platform of choice) to explain it was because she was forced to chop her locks due to a bad dye job from New York’s swanky John Barrett salon at Bergdorf Goodman. And now, apparently, she wanted to take things a step further with a trendy buzz cut.

Apart from Cassie, Miley Cyrus and Rihanna have rocked the half-shaved head, so Bynes in stylish company—and frankly, we kind of like it. However, we’re sure plenty of media outlets will take this as a sign she’s veering dangerously close to Britney Spears territory.

What do you think of her latest beauty choice?

Amanda Bynes’s state of mind in recent months has been expressed through her hair. When her extensions were “matted and messy,” it was a sign that she “has had a rough time of late.” When she dyed her hair red, then tweeted and deleted, “I’ve never been a redhead! Somebody keeps posing as me,” it was a sign either of paparazzi-evading desperation or a break from reality. Two weeks ago, a claim that damaged hair had driven her to shave her head (and replace her hair with extensions) drew comparisons to Britney Spears. Last night on Twitter, Bynes finally revealed her “buzzed” scalp. And it wasn’t as bad as we’d feared!

Her shaved head is a hairdo, not a sign of insanity.