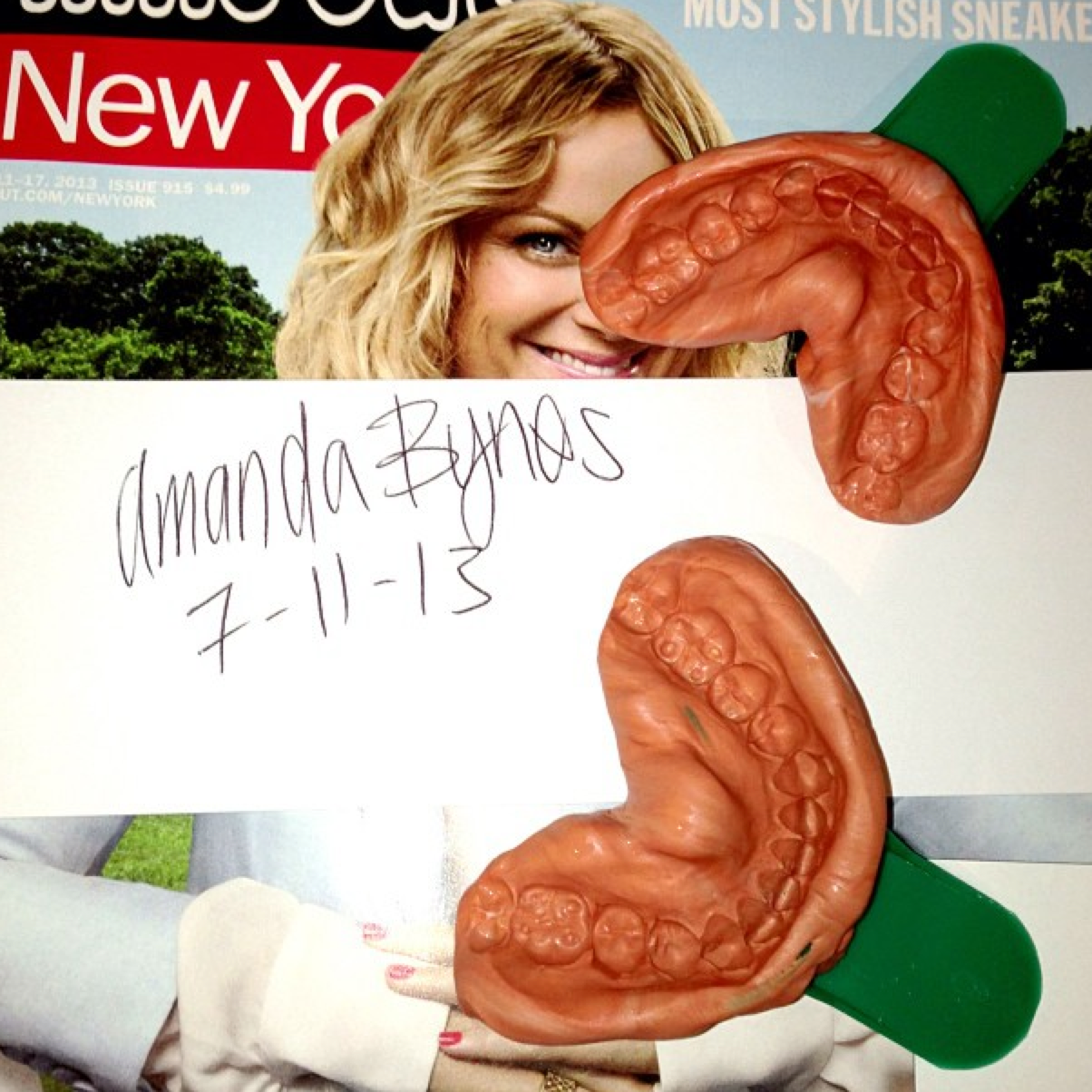 Amanda Bynes may not be as financially sound as she claims (you may recall she recently noted that she was “in the Mary-Kate and Ashley type of wealthy category”). However, the 27-year-old former actress turned tabloid fixture has enough money to shell out for some serious jewelry: A $10,000 grill.

Her grill designer, a Los Angeles-based custom jeweler named Ben Baller who pals around with celebrities like Rob Kardashian and is close friends with Hermès obsessed blogger Tina Craig (or Bag Snob), took to Instagram to post a mold of Bynes’ teeth. He captioned the photo (above) with, “It’s official. Came to NYC to make Amanda Bynes a $10,000 rose gold and pink diamond grill! Stay tuned. She’s a lot prettier in person.”

Considering the majority of pictures of Bynes feature her behaving erratically in bad wigs and wearing sweatpants in inappropriate places (like, you know, court), we’re pleased to hear that she’s more of a looker in person. And hey, after catching a glimpse of the mold of her teeth, it’s clear that she put some of that Nickelodeon money to great dental work.

Ben Baller was also stopped on the street by TMZ, where he admitted that Bynes had an unlikely inspiration for her grill: One Miley Cyrus recently wore! Now, this is only unlikely because Bynes recently slammed Cyrus on Twitter, stating that she was ugly. But as any savvy viewer of the Bynes Twitter feed knows, she tends to lash out against those that she loves most—case in point: Drake. Clearly, she secretly looks up to Cyrus, and perhaps admires her recent penchant for aggressive twerking and outlandish fashion choices.

We can’t wait to see Bynes’ grill—we actually think she’ll rock it well. Besides, that $3,600 Cartier Love bracelet could use a buddy.

MORE ON STYLECASTER:
A Comprehensive Guide to Everyone Amanda Bynes Has Called Ugly On Twitter
Amanda Bynes’ Latest Move: Shaving Half Her Head
Amanda Bynes Arrested in a Blonde Wig, Sweatpants, and Cartier Love Bracelet