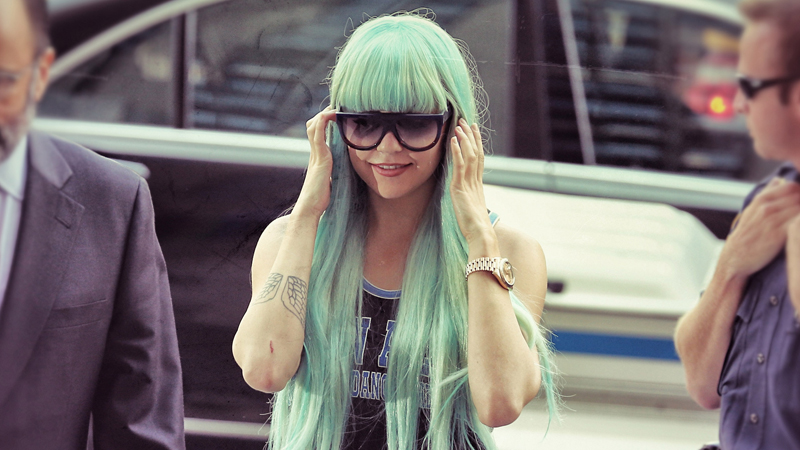 We’ll borrow a page from TMZ’s book and say that this would be kinda funny—if it wasn’t so sad. Since her arrest for DUI last week in Los Angeles, Amanda Bynes has taken New York City by storm. And by storm, we mean one of those fire tornados that has no choice but to destroy everything in its path.

Before she arrived in NYC, she was seen eating alone, talking to herself, and generally acting like her old 2013 self. And now that she’s here, the situation hasn’t gotten any better. Shopping at Chanel wearing sweatpants and a bandaid on her face? Check. Tweeting about weed? Check. Talking to trees in the city’s Union Square neighborhood? Chhheccckkkk.

The latest comes from the aforementioned TMZ—and they have video. Bynes was taped riding a bike around Penn Station (a very busy part of the city) and narrowly missing pedestrians along the way. She can be seen weaving in and out of the crosswalk, wobbling like a kid who’s just learned to ride.

MORE: How To Diss Someone Using Fashion

According to Radar Online, the conservatorship Amanda’s parents had over their daughter has lapsed, and they refuse to seek it again. Hopefully she’ll get the help she needs soon.