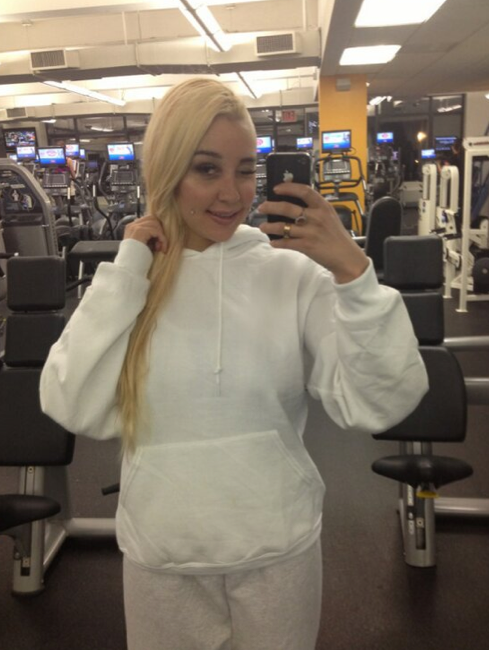 It wouldn’t be a Friday if there wasn’t a salacious headline about former Nickelodeon star Amanda Bynes to wake up to.

Late last night, the 27-year-old former actress (who has purported that she’s been hard at work on fashion line for months now) was arrested in her New York City apartment building after officials called the police after seeing her behaving bizarrely in the lobby, smoking a suspicious looking cigarette and muttering to herself.

According to reports, by the time cops arrived at her building, Bynes had retreated to her 36th floor abode—but gladly let them in. When they spotted a large marijuana-smoking device on the table, they confronted her—and she responded by throwing it out the window.

Bynes was then booked for criminal possession of marijuana, reckless endangerment, as well as felony tampering with evidence. She was taken to a hospital for psychiatric evaluation, and then the police station. Naturally, a frenzy of paparazzi were waiting outside of the station, with a video crew ready to track her every move, as captured by TMZ.com. In the video, Bynes seemed to have tousled her platinum blonde wig—which looks like it was purchased at Ricky’s—to make it over her eyes, and she’s wearing a sweatsuit and a $3,600 Cartier Love bracelet, which never leaves her arm.

This is the latest string in a series of bizarre situations for Bynes, who was arrested for a slew of driving-related incidents last year, and has been making consistent headlines for her increasingly alarming Twitter feed. Similar to fellow fallen starlet Lindsay Lohan, Bynes once showed a great deal of talent and promise—and we hope this arrest will put her on the path to recovery.

Let us know your thoughts on her latest legal snafu.