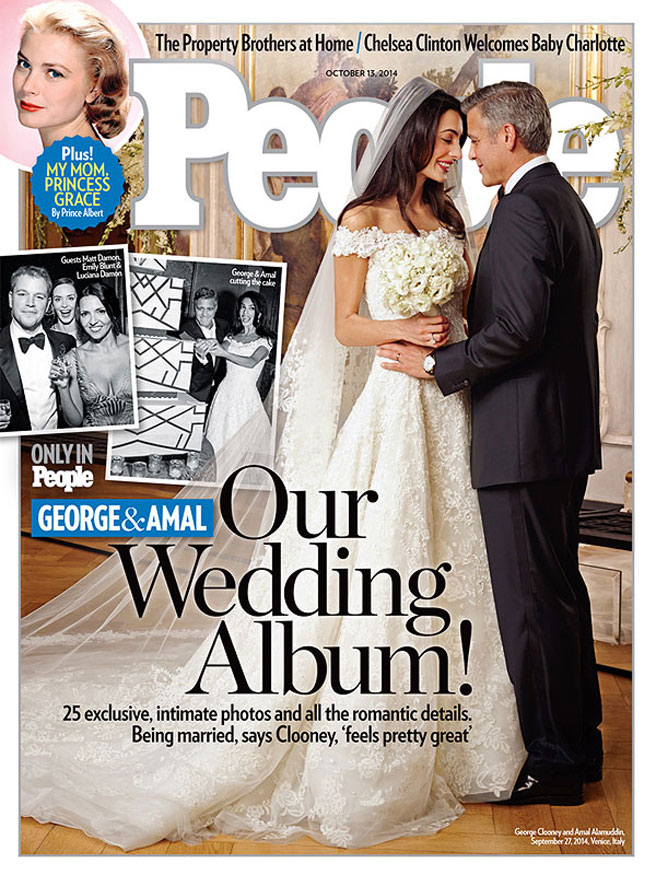 That was fast! Merely two days after they tied the knot, Amal Alamuddin and George Clooney’s wedding photos have arrived. And it’s safe to say they both looked classic, regal, and—obviously—pretty damn perfect.

According to People—which has a sweet photo of the newlyweds on its cover—Amal’s French lace Oscar de la Renta gown featured a full train, and was hand-embroidered with pearls and diamante stones, and the whole look was topped off with a cathedral-length lace-edged veil.

British magazine Hello! also has a (less candid) photo of Clooney and his 36-year-old bride, with a quote on the cover that says “It feels pretty damn great!” 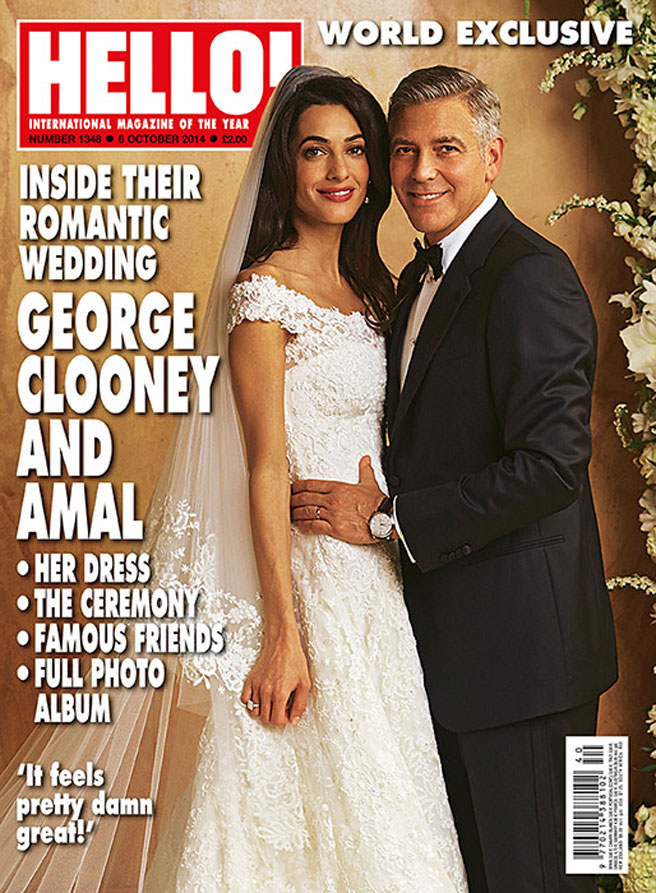 The actor and human-rights lawyer started dating last October, and Clooney shocked the world (and every swinging bachelor wannabe on the globe) when he popped the question in April. And—despite comments Clooney made about never getting hitched again after he divorced in 1993—the couple got married this weekend in Venice Italy, among a parade of high-profile guests.