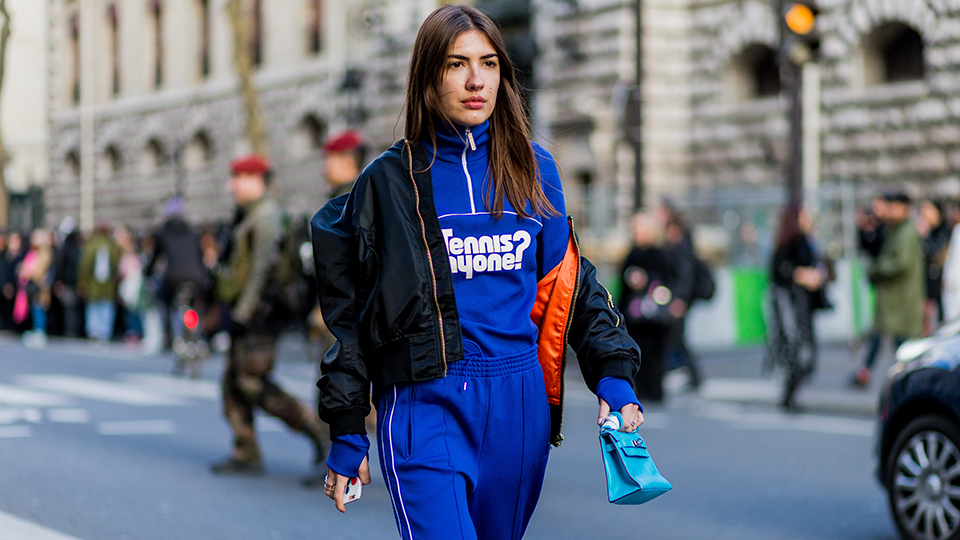 By now, you’ve probably spotted Alpha Industries’ MA-1 flight jackets around—hey, maybe you even own one: slick nylon exteriors, rounded shoulders, knit collars, zip shoulder pockets, and distinctive traffic-cone orange lining. The bomber is one of the most omnipresent pieces of outerwear out there at the moment, beloved by sneakerheads, street-style stars, and non-fashion types alike.

(Don’t believe me? I spotted three in a single subway car on my commute home yesterday.)

The company’s CEO, Mike Cirker, whose grandfather founded the company in 1959 as a military outfitter, says sales of their classic style doubled between 2014 and 2015 (with one variation, the American-flag-adorned Blood Chit, selling triple).

“The bomber is a staple silhouette in fashion,” says Cirker. “And like most outerwear pieces, it follows a fashion cycle with peaks and troughs. The bomber was the pinnacle outerwear piece in the mid-’90s, followed by peaks in the parka, field coat, and peacoat.” In this case, however, the recent frenzy can be pretty neatly traced back to late 2013, and a certain famous fan by the name of Kanye West. 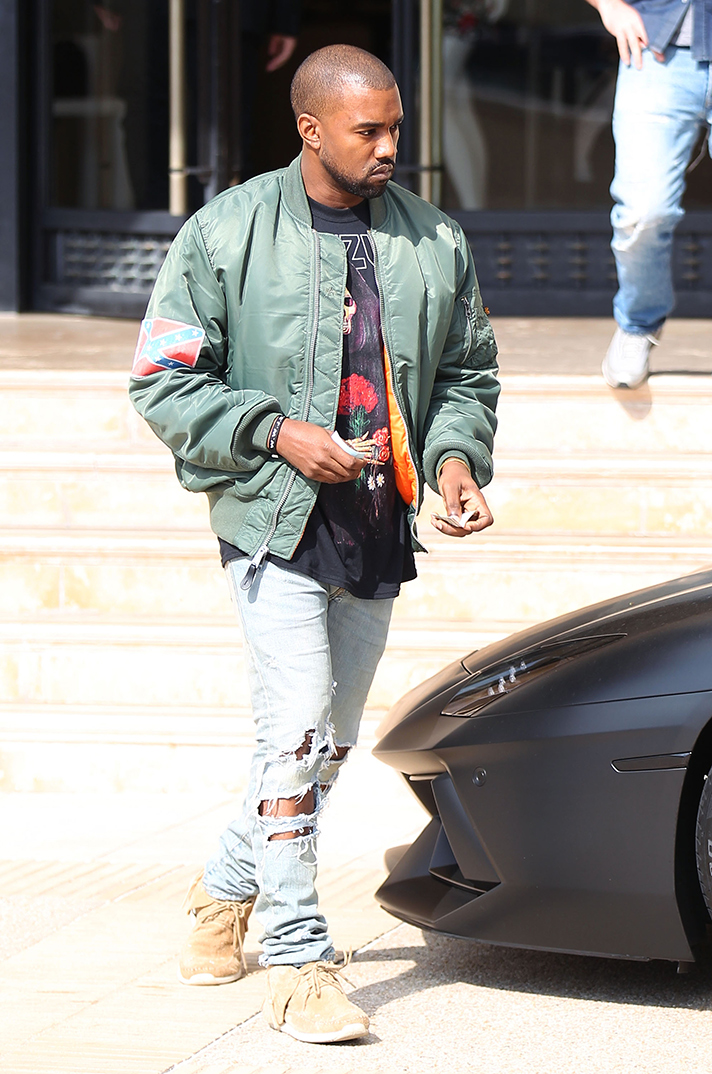 In the lead-up to his Yeezus tour, West got in touch with the company and ordered jackets for himself and his entire crew—about 100 of them in all, according to WWD—which he customized with his tour logo and sewn-on patches (including, controversially, the Confederate flag).

Fans had the opportunity to get in on the look, too, since the jackets were sold as official tour merchandise. “Kanye is a trendsetter, so when he believes in a brand, so do his fans,” says Cirker. In other words: Where Ye goes, people follow. This was particularly important because the style, which was introduced in the ’50s as the official flight jacket for pilots and ground crew in the U.S. Air Force and Navy, is also produced by several other companies with military roots (though you’d have to look at your local hunting or outdoors store to find them). 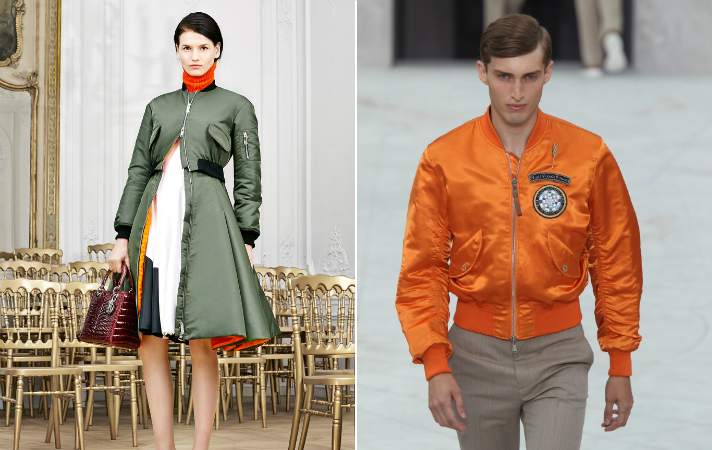 Around the same time, designers such as Christian Dior and Louis Vuitton were starting to riff on the classic with jackets in army green and bright orange (originally designed to be visible to rescue personnel). In October 2014, Vogue had anointed the MA-1 jacket its Steal of the Week. (It suggested the boy’s version with patches—“ideal for co-opting a shrunken, cropped look.”) The move was prescient, as it turns out, since the bomber trend would continue to dominate runways for several seasons to come, cashing in on fashion’s obsession with all things streetwear and trickling down to such retailers as Urban Outfitters and ASOS—both now Alpha Industries stockists—at an approachable price point. 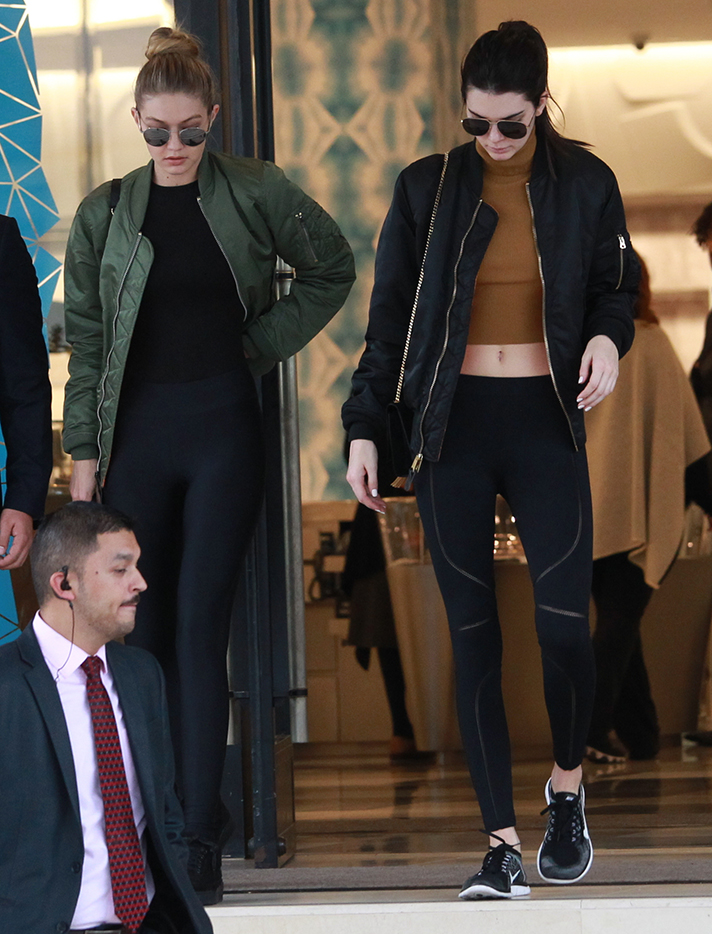 If the masses weren’t already aware of the MA-1 by late 2015, Kendall Jenner and Gigi Hadid’s L.A. outing in matching bombers put it on their radar—especially for the young female fans who follow the Insta Girls’ every move. Today, Cirker says, Alpha Industries’ e-commerce customers are about 70 percent men to 30 percent women, and while for most of its history the brand was men’s only, the company launched women’s styles in 2014. (He notes, though, that many female customers opt for buying the men’s styles in small sizes and “have gravitated to styling it to look like they are wearing their dad’s old flight jacket.”)

For a less-than-flashy brand, the list of celebrity fans is extensive: Beyoncé, Kylie Jenner, Jaden Smith, Hailee Steinfeld, and Karlie Kloss, just to name a few. 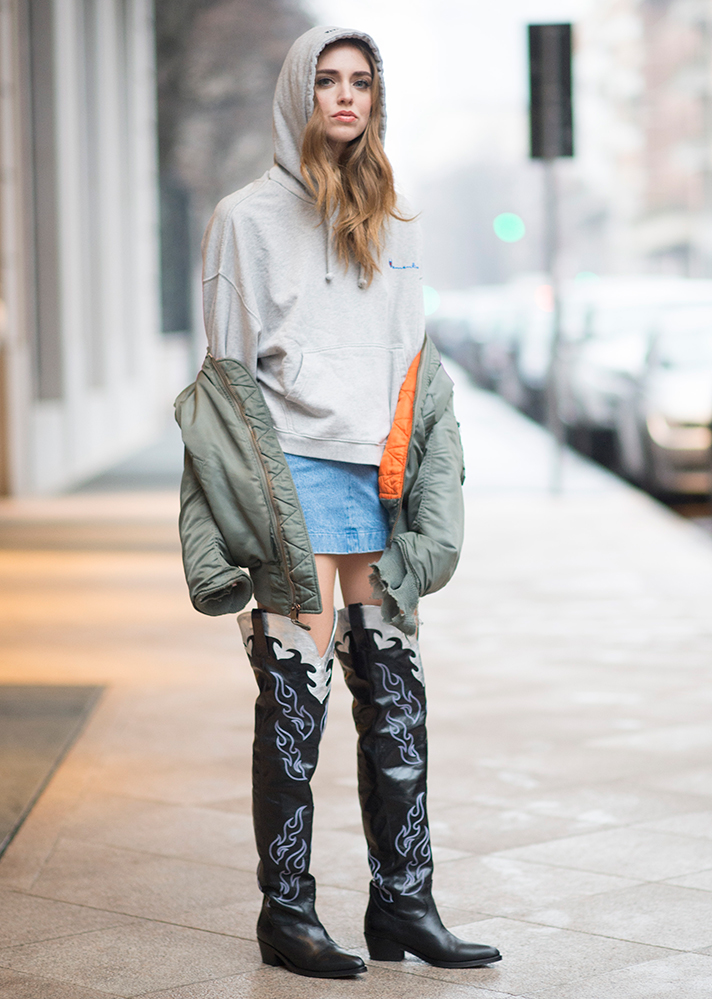 By this past season, Fashion Month was awash in nylon jackets—some original military styles, and other high-end designer interpretations. While the brand has no plans to stray from its military heritage, Cirker says, “we do see ourselves moving into a more fashion-centric retail landscape.” For Fall 2016, Alpha Industries will also be introducing customizable patches and announcing new collaborations to drum up excitement among fans. Of course, like any trend, there’s only so long the hype can last—we will eventually hit peak bomber—but, hey, even if you do end up catching it on its way out, history is a pretty good indication that you won’t want to stow it away in your closet for too long.