Ally Brooke’s book, Finding Your Harmony, may be about her experience in Fifth Harmony, but don’t expect it to tell the band’s full story. “Fifth Harmony honestly has five books in itself,” Ally tells StyleCaster.

Finding Your Harmony
: Dream Big, Have Faith, and Achieve More Than You Can Imagine, which hits shelves
on Tuesday, October 13, follows Ally’s journey as a singer, from the moment she auditioned for The X Factor (the reality music competition that formed Fifth Harmony) to when the band announced their hiatus in 2018. Though the book includes several never-before-heard stories about the band (including a letter to fans and Ally’s former Fifth Harmony members), one detail Harmonizers won’t find is why Camila Cabello left Fifth Harmony in 2016. In fact, her name doesn’t even appear in the book.

“For me, it was super important to keep Fifth Harmony and my book as positive as possible,” Ally tells StyleCaster. “I didn’t want to focus on the drama. This is not a tell-all. For the first time, I wanted it to be through my lens, through my eyes, my story.”

Still, though Ally doesn’t dive into Camila’s exit, she does write about what happened to Fifth Harmony after she left. In Finding Your Harmony, Ally reveals that Fifth Harmony’s management wanted to replace Camila with a fifth member found from a worldwide search reality show. She also revealed that the band’s management gave Fifth Harmony’s remaining four members—Ally, Normani, Lauren and Dinah Jane—names of other “well-known young artists and celebrities” who could possibly join the group.

“There were several different options and routes we could’ve taken. There were a lot of different ideas floating around,” Ally tells StyleCaster. “But the four of us decided, ‘Hey. We think it would be odd to all of a sudden bring someone.’ The four of us have a history, and we know what we went through together. We know our journey. We know each other. We felt like there was no question that we should continue on as we were.” 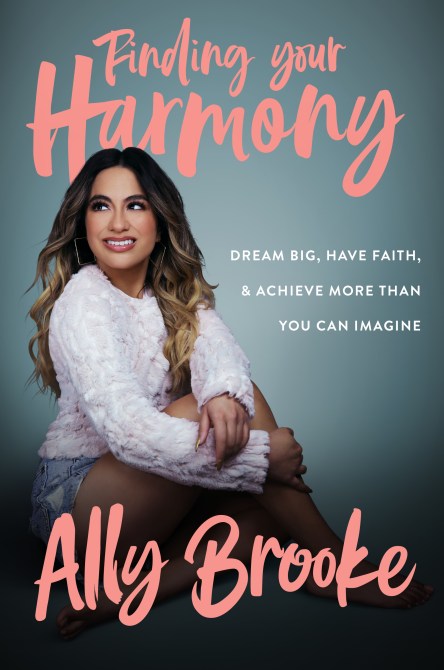 Though Fifth Harmony went on as a foursome, Ally admits that one singer her management suggested piqued her interest. “I don’t know if I can share, but one would’ve been really cool,” Ally tells StyleCaster. “She’s at the top now, and everybody loves her. I love her. That wasn’t what we felt like would be right for our group, even though we love this other singer, and she’s awesome. She probably wouldn’t have accepted anyways because she probably would’ve said the same thing, like, ‘I don’t know if I should step in here.’ And her career is already blowing up.”

“I was definitely that big sister type of role. I tried to encourage everybody. Keep everybody positive. Keep everybody together. Keep everybody unified. Keep the train going. Keep everybody inspired and motivated and on top of their game. But also keep everything healthy and respectful. At times, that got to be overwhelming because there are so many different personalities. I’m sure anyone would tell you that it’s hard being a mom and having to wrangle everybody together, but I did it. That was something I took with pride, knowing that I gave my own to the group, and I tried to make sure that we were as unified as possible. I really gave every blood, sweat and tear into that. I held myself to that standard that Simon told me. Little did I know how much that would mean and signify later.”

On how she compared her body to other Fifth Harmony members

“At one point, when I was body conscious, this stylist made a costume for me. I didn’t like the way I looked, and I was like, ‘Is there any way to change please? I don’t like the way my body looks in this angle.’ She was rude and derogatory and said, ‘Well, if you don’t like it, why don’t you just go to the gym?’ That made me feel embarrassed and humiliated.’ It’s easy to compare yourself to different girls’ body types. First of all, I was the shortest one, so I’m automatically going to look even just a few pounds ‘heavier’ than anyone else. Some people were thinner and taller. Online people would compare us. For a young girl, trying to survive in the group, already having insecurities, that was hard.”

On how she asked Fifth Harmony’s management for more parts

“The moments I would speak up, on X Factor and even in the group, I would be met with opposition and them making me feel guilty. The vocal coach on The X Factor was rude and she said, ‘You should just be grateful you’re here. Millions of girls would kill for your spot.’ That whole speech to try and make me feel small. I cried after that. I wasn’t asking for the whole song. I was just asking for a little bit more. I even asked for other girls to have more parts as well, but that was met with adversity. Later on, it did get better and I was given more parts and show what I could bring to the table.” 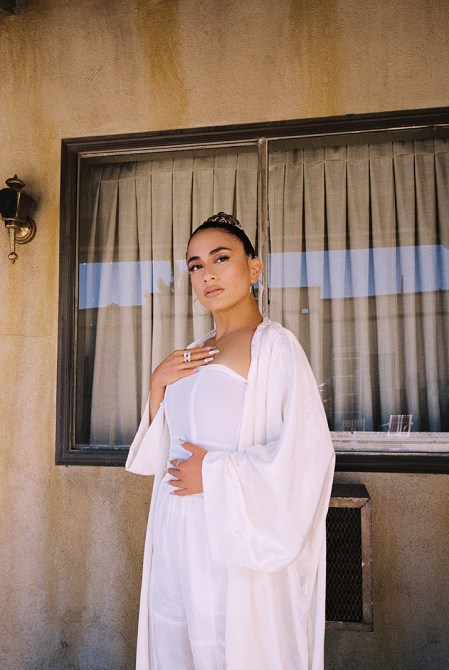 “I dive into that book about the different factors that led up to that day and the pressure we were feeling from our label. The comment of, ‘I didn’t sign a Christian band.’ I knew that was directed toward me. For me, as a Christian, I feel like you can be empowered to have fun and be flirty and sexy. I’m not sure why the person at my label said that and pigeonholed and stereotyped me. With this song, we were all uncomfortable with it. Then people started changing their minds. And I said, ‘Listen. I’m not ready for this type of song.’ I know, at the end of the day, the girls weren’t ready either because they were so young. I had to put my foot down, and by the grace of God, our manager came to us and said, ‘It’s done. You guys are not releasing that. We made that clear.’ And then we moved on.”

On the time she was sexually harassed by a music executive

“I was super nervous to write about that because that’s something that’s really difficult to talk about. Even though that was not my fault at all, it’s kind of this psychological thing where somehow I feel embarrassed and ashamed. At the last minute, I was like, ‘Guys, I think I want to pull this from the book.’ But I was reminded that this was really not about me because there are so many young girls and the women who have gone through this same exact thing or even worse, who felt alone, who felt trapped, who felt like they couldn’t say anything. Who felt fearful. With me sharing that, I could hopefully help someone who feels voiceless, who feels afraid, who feels like their career is in jeopardy or confused.”

On if she ever considered leaving Fifth Harmony

“I never wanted to leave the group, but there were definitely moments when it became overwhelming, all of the different scenarios behind the scenes and also in the public that made me question if I should, not leave and branch off on my own, but leave at a certain tough moment.” 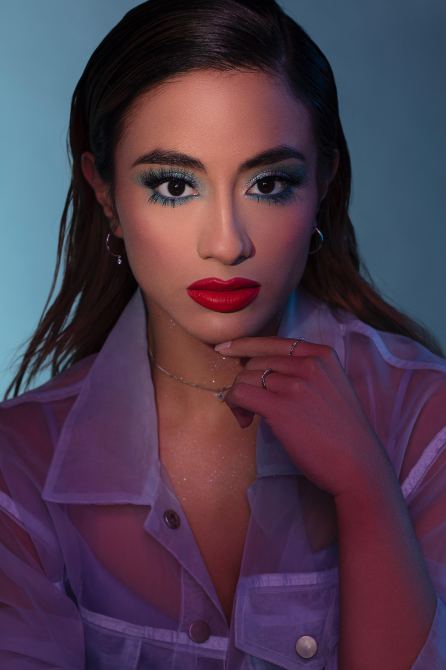 “They were trying to compare us to one another and bring out this competitive side. I was like, ‘Wait. Can’t we all exist? We’re all so different from each other.’ I have my own lane and my own art and vision. I don’t really like to answer that question, to be honest. We’re such different artists. We write differently. We listen to different music. We perform differently. We sing differently. That’s amazing. For me, the important question is ‘How am I different from other artists? What makes my heart beat with my songs? How do I envision myself on stage?’”

“I am going to have a song every few weeks until the end of the year. There will be five new songs. I’m super pumped. Some collabs. My next single is coming out, and a surprise, which I’m going to keep that tightlipped, but my fans are going to scream! The collabs are super fun. More with Afro Jack. They’re very electro club vibes. Now the club is going to be in your room because we can’t go to clubs yet. They’re going to be really fun, empowering, sassy. This one record I’m thinking about in particular feels like euphoria.”