We don’t know what you were doing at 9 years old, but we’re going to assume is wasn’t designing—or wearing—fancy fur coats. It’s a different story for Alisha Velicia, a 9-year-old girl from Monaco who also happens to be the youngest face of fur ever. In partnership with designer Martin Mataru, she’s launched a luxury girls’ fur collection named, Alisha V.  Yes, we said it, luxurious fur coats for young girls. 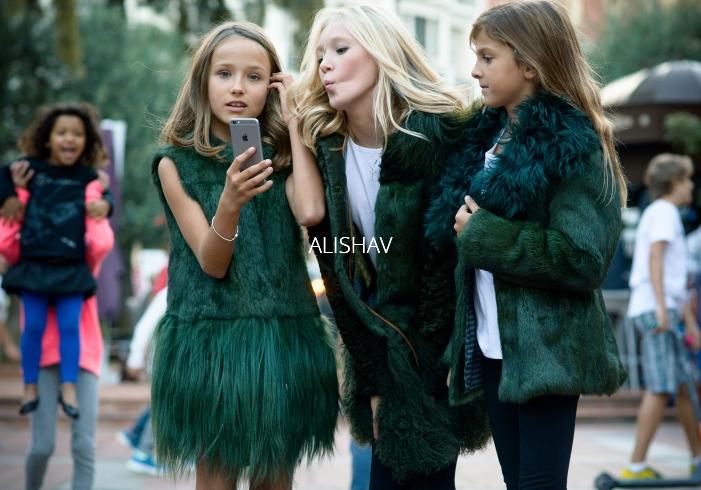 The line debuted with a runway fashion show this month in Monaco—because, of course—and Alisha told a reporter at World Fashion that she’s “been dreaming for three years about this colorful collection and of having this special style.”

Yes, that means that she started actively planning her career in fashion at a mere 6 years old. Apart from designing luxe fur for kids, Alisha—whose background is Lithuanian and Russian—is fluent in Russian, English, French, and Italian. Currently, she is also learning to speak Chinese.  Oh, and did we mention she also loves gymnastics and ballet?

BRB, we have to go feel unaccomplished. 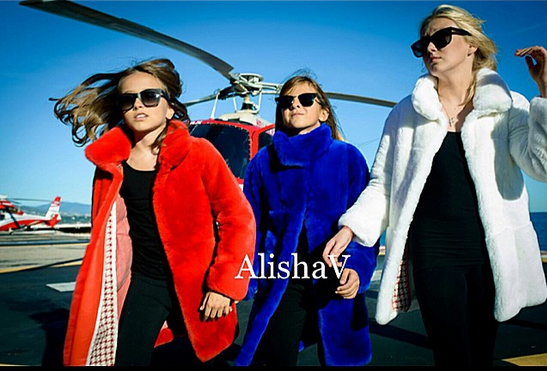 As for the actual collection, it’s inspired by the pretty polyglot, and was designed “for friendship of nations,” using a primary palette of red, white, and blue which represent the colors of Monaco and Russia. Because if you’re riding around Europe in helicopters, foreign diplomacy is key, people.

The fur coats and capes come in a range of styles and colors, from a leopard-print car coat to a grey mink bomber jacket to an electric blue vest. And just because it’s children’s wear doesn’t mean its not luxe: Every coat is lined with silk and features cashmere and leather details. You can find rabbit, mink, llama, chinchilla, sable, and even the controversial astrakhan fur (that’s the tightly coiled fleece sourced from fetal lambs, yikes.) 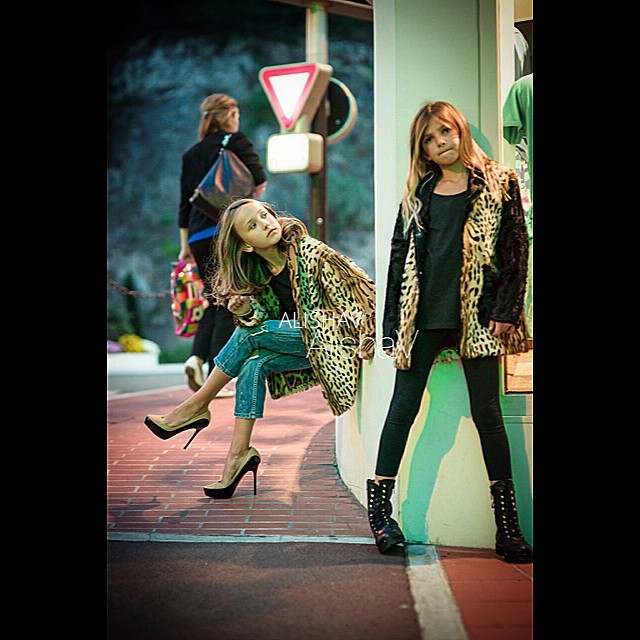 Newly launched last week, the brand hasn’t gotten much online traction yet (and it’s safe to say PETA hasn’t gotten its grips into her), but judging by Alisha’s killer modeling skills and OTT styles, we’re sure we’ll be hearing more from her, for better or worse.

For a closer look, check out this behind-the-scenes campaign video: