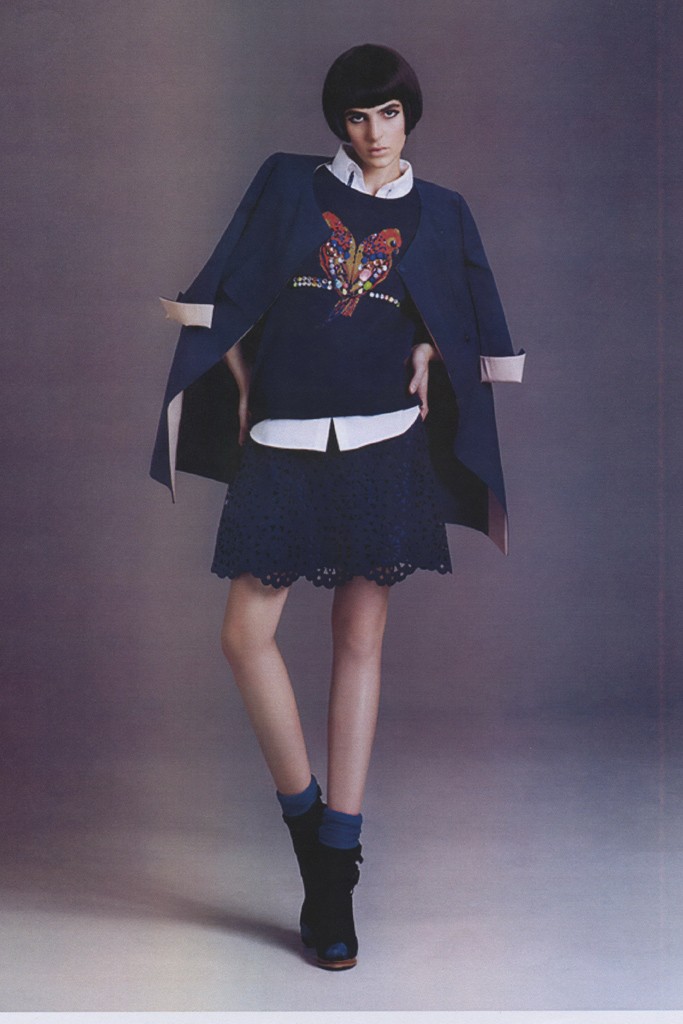 These days, it seems like the only Lohan family news in the press is related to Lindsay, the notoriously troubled 26-year-old starlet whose legal troubles and rehab stints seem to be never ending. But now, it seems her 19-year-old sister Aliana (who goes by Ali) is poised to steal the spotlight.

WWD is reporting that Ali has signed with Wilhelmina Models, one of the leading agencies in the world that launched the career of iconic models like Gia Carangi and modern favorites like Coco Rocha. This isn’t Ali’s first time at the rodeo—she was previously signed to Next Models while living in L.A. (where she was crashing on Lindsay’s couch) and also lived in a “model house” in Korea for two months last summer, where she booked shoots for publications like Elle Korea.

Since relocating to New York, Ali is fully devoting herself to building her career, and isn’t interested in pursuing higher education right now. “I want to do college classes online. I wanted to do marine biology for a long time, but I don’t know. For now, I just want to focus on modeling,” she told WWD. Hey, everyone needs a goal, but we’re not sure we’re ready to trust Ali Lohan with the fate of our oceans.

And how does big sis Lindsay feel about Ali’s career? Despite her professional setbacks, it seems she’s not jealous. “She just says the main thing is to do your best and to do what you love,” Ali said.

Do you think Ali Lohan has what it takes, or will she crash and burn as a model? Let us know below!