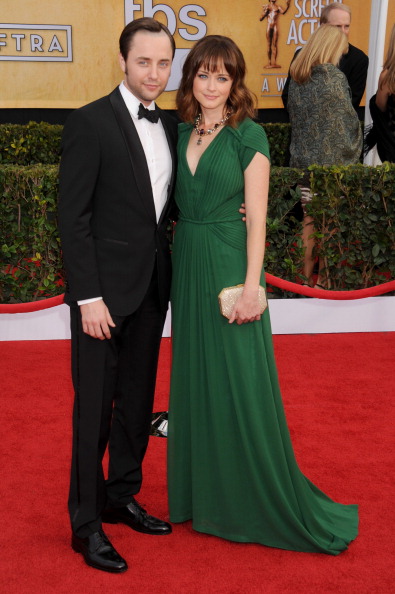 The notoriously private couple exchanged vows during a hush-hush ceremony in California in June, her rep confirmed to People, making it the first marriage for both.

The former “Gilmore Girls” star, 32, met the 35-year old actor (who plays smarmy Pete Campbell on “Mad Men”) when she guest-starred as his lover on the retro AMC drama. Clearly, they had chemistry: They announced they were an item in 2012, and got engaged that same year.

“They are such a yin and yang,” costar Elisabeth Moss told People last March. “I’ve known Vinny for 12 years and Alexis is just the sweetest. I’ve never seen Vincent like this. It is really cool.”

Congrats to the low-key couple!